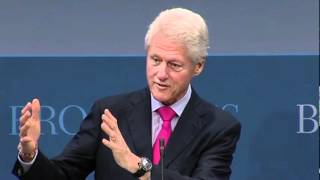 In the late 1990s my journalistic career got a flat tire when I became wrapped up in the Clinton scandals. Good liberal friends told me I was overzealous or helping the other side. I had been assigned to write an article for the New York Times Magazine about Why People Hate Bill Clinton so much, but instead of doing a cultural examination of red state resistance to his social agenda, which is what the editors wanted, I went native in Arkansas and took his accusers seriously.

The two signature moments of the Clinton scandals both involve threats and sex. And anyone exploring these scandals 20 years on needs to reckon with these moments.

First, when civil servant Linda Tripp came to her desk in the Pentagon public affairs office on a day in 1998 after it had come out that she was cooperating with an investigation of Clinton's sexual conduct (the Paula Jones case), she found a sheet left on her chair reprinting the famous Clinton "body count." This was a list of people close to the Clintons or their political machine who had died. Tripp said she believed that her office-mate, Monica Lewinsky, left the list on her chair -- Lewinsky, who was close to the Clintons and of course was Bill Clinton's former lover.

Much of that list was surely spurious, a political hit job by Clinton-haters. And Linda Tripp became a very controversial figure back then because she secretly taped Lewinsky; her character was grotesquely smeared, including on SNL. But that's not the point. The point is that Linda Tripp disapproved of Clinton's conduct toward women and was threatened with harm for acting to report it.

The second signature moment is from the beginning of the Clinton White House. In the spring of 1993, word came to the White House that some Arkansas state troopers who had served at Clinton's statehouse when he was governor were talking to the press about his sexual conduct. The troopers would go public a few months later, in the American Spectator and LA Times. But that spring was a panicked moment in the new White House. The "bimbo eruptions" that Betsey Wright and other Clinton operatives had successfully suppressed through the 1992 election campaign -- Clinton's relationships with women in Arkansas -- were getting documented. They had to be suppressed.

It is a matter of record that Clinton himself dangled jobs to state troopers, the trooper said, in an effort to get them to maintain their silence. It is also a matter of fact that those first articles in 1993 led to the disclosure of Paula Jones's name, which led ultimately to Clinton's impeachment.

Clinton and his team knew damn well that this scandal could destroy him.

Just how large that panic was inside the White House in spring 1993 is the most important undisclosed part of the Clinton scandals for me. We are now in an area of conjecture, but I came to believe that deputy White House counsel Vince Foster was under a lot of pressure to help suppress the latest bimbo eruptions/the Troopers; and that a rumored divorce file he had compiled a few years earlier in Little Rock when his friend Hillary Rodham Clinton was considering divorcing Bill Clinton was suddenly a hot potato.

The night that Vince Foster died in Virginia, July 20, 1993, in what was ruled a suicide, Hillary Clinton aides went through his office rummaging through files. Two months later, the head of the Clinton campaign's security operation the year before, Luther "Jerry" Parks, was killed gangland style in Little Rock, and the murder was never solved. Parks's son told me that his father and Vince Foster had compiled that divorce file together.

Linda Tripp later testified that her fear for her own life stemmed from the fact that Jerry Parks had died violently, two months after Vince Foster died violently. That is the essence of the Clinton scandals. "If you knew something about Bill Clinton's sex life, that was dangerous information," as I wrote years ago.

Or as Kathleen Willey, who was harassed by Clinton, told Fox News:

I'm never going to investigate the threats against these people again. I did my time in the '90s; I hurt my career by doing so. I moved on to more important heresies.

Philip Weiss is a longtime writer and journalist in New York. He co-edits a website on Israel/Palestine, Mondoweiss.net, which he founded in order to foster the movement for greater fairness and justice for Palestinians in American foreign policy. He is currently working on a novel about the US in Australia during WW2.
Related Topic(s): Clinton Bill; Sex Scandals; Sexual Predators, Add Tags
Add to My Group(s)
Go To Commenting
The views expressed herein are the sole responsibility of the author and do not necessarily reflect those of this website or its editors.