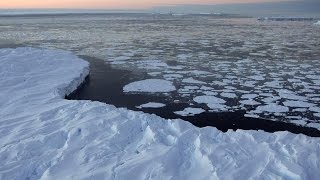 The prospect of drastic climate change is back in the news. But, for all too many people it is just that, a news item. It is like other eye-grabbing stories: a bit scary, but also happening somewhere else and at some other time. Of course, if you happen to be at that other place or approximate to that time (the latest examples would be the Florida Panhandle in mid-October and Mexico's southwestern coast in late October), things get more immediate, more real. But otherwise it is theory. Examine your own sense of urgency as you read on.

Back in 2015, when most of the world's nations were debating a treaty on climate change in Paris, this time-and-place factor played a part in the negotiations. Specifically, it played into defining how to best read the "doomsday thermometer." According to climatologists, a relatively small upward shift in the world's average temperature -- caused largely by a steady increase in the atmospheric greenhouse gas carbon dioxide (CO2) -- over the next few decades could play havoc with civilization worldwide. But, how much of a shift?

Industrialized societies whose standard of living would take a politically rattling hit from any sizable cut in CO2 wanted to set the target for allowable temperature rise at 2 degrees Celsius or 3.6 degrees Fahrenheit. They thought that sufficient to their time and place. However, this was considered a starkly insufficient goal by those who live in the Maldives, Seychelles, Micronesia, Bangladesh, Marshall Islands, and other such countries. It would also of course be bad news for any number of other low-lying coastal areas (think lower Manhattan). The representatives of these nations insisted on 1.5 degrees Celsius or 2.7 degrees Fahrenheit. It was believed that that half a degree difference could significantly ameliorate the rise of ocean levels that would inundate much of the island nations of the Pacific. The Paris treaty compromise was more one of rhetoric than of substance. The treaty signatories would seek to hold warming to 2 degrees while "pursuing efforts" to keep within the 1.5 degree limit.

All of this was apparently acceptable right up until the 6th of October 2018, when an update report from the Intergovernmental Panel on Climate Change (IPCC) was made public. Unfortunately, the report reset the "nuclear thermometer" downward. The climatologists and other scientists authoring the report estimate that the impact of 1.5 C warming had been seriously underrated. Actually, even that much of an increase will likely mean "inundating coastlines and intensifying droughts." To this we might add extreme weather patterns, displacement of food production patterns accompanied by a growing risk of political instability, a threat to fresh drinking water, and various increased threats to public health.

The only way to avoid this result is to "transform the world economy within just a few years." The report's authors see this as technically doable, but concede that such "rapid changes " may be politically unlikely." That is a polite understatement. Why? Because for the majority this probable future reality is seen as little more than present theory.

So how much does it matter that "more than 97 percent of actively publishing climate scientists agree that climate change is happening and caused by human activity" or that the possible earliest date for looming climate problems is 2040? Perhaps not enough when most people, even if they believe the experts who say a crisis is probable, do not find the situation to be personally real. This brings us back to the seminal importance of local time and place.

What shapes the immediate consciousness of most human beings is what is going on locally -- locally as to their time and place. If you are not in the path of a hurricane or typhoon, in the midst of an East African drought, or perhaps a devastating California fire season, the only thing going on with the climate for you is the ongoing debate between the climatologists and the deniers.

There are polls that suggest more and more people are coming around to the climatologists' point of view. But this is just in the context of the debate, the consequences of which are, as yet, felt to be somewhere else and sometime later. The sense of concern will only shift when populations are confronted either with unbearably hot summers or with the unbearable cost of "transforming the world economy" to avoid or ameliorate that heat.

The fact that right now, for a majority, it is the future we are arguing about reminds us that localism is temporal as well as geographical. The report speaks of the year 2040 and beyond as the time period during which we may witness "a world of worsening food shortages and wildfires, and a mass die-off of coral reefs." Unfortunately, by the time the future becomes the present, winning the debate in favor of the climatologists may well be a pyrrhic victory. It may then be too late to avoid events that today's populace now finds all too abstract.

If, or more likely when, those events turn from theory into experienced fact, things are likely to become quite ugly. For instance, for all those in the West who might be having nightmares about "illegal immigrants," the IPCC report mentions the possibility that parts of the world's equatorial regions may be rendered increasingly unlivable. This could trigger a "disproportionately rapid evacuation" north. As one observer of the report put it, under such conditions "national borders will become irrelevant."

Part III -- The Defining Issue of Our Time

The year 2040 is not that far away. Political leaders alive today will either be alive then or well remembered. The propaganda apparatus of rightwing ideologues will be hard pressed to reframe today's climate-related decisions and policies of men like Donald Trump -- though they will no doubt try. Indeed, the civilization-challenging events that will come with climate change could transform policy setting deniers like the current President of the United States into international criminals. Of course, that will not make the growing sea levels recede or cool the rising temperatures.

So what are we to make of the United Nations Secretary General Antonio Guterres's assertion that climate change is "the defining issue of our time -- and we are at the defining moment." It is to be hoped that this will be a galvanizing message and that the world's citizenry will demand that their leaders, who may or may not be truly chosen by them, face up to this seminal challenge. However, will this really happen?

Related Topic(s): Climate Change Deniers; Climate Crisis; News Media, Add Tags
Add to My Group(s)
Go To Commenting
The views expressed herein are the sole responsibility of the author and do not necessarily reflect those of this website or its editors.