- Marilyn Koziatek when asked if she will disavow her CCCSA endorsement

In 2015, the California Charter Charter School Association (CCSA) ran a campaign for now convicted felon Ref Rodriguez that first accused incumbent Bennett Kayser of being a racist and then referenced his diagnosis with Parkinson's. Two years later they stumped for the ethically challenged Nick Melvoin by blaming his opponent for John Deasy's iPad Debacle, even though Steve Zimmer was the only board member not to vote for the former Superintendent. In 2020, it is Scott Schmerelson's turn to be savagely attacked by the charter school industry as they try to regain a majority on the school board and overturn all attempts to hold their schools accountable for the public funds that they receive. 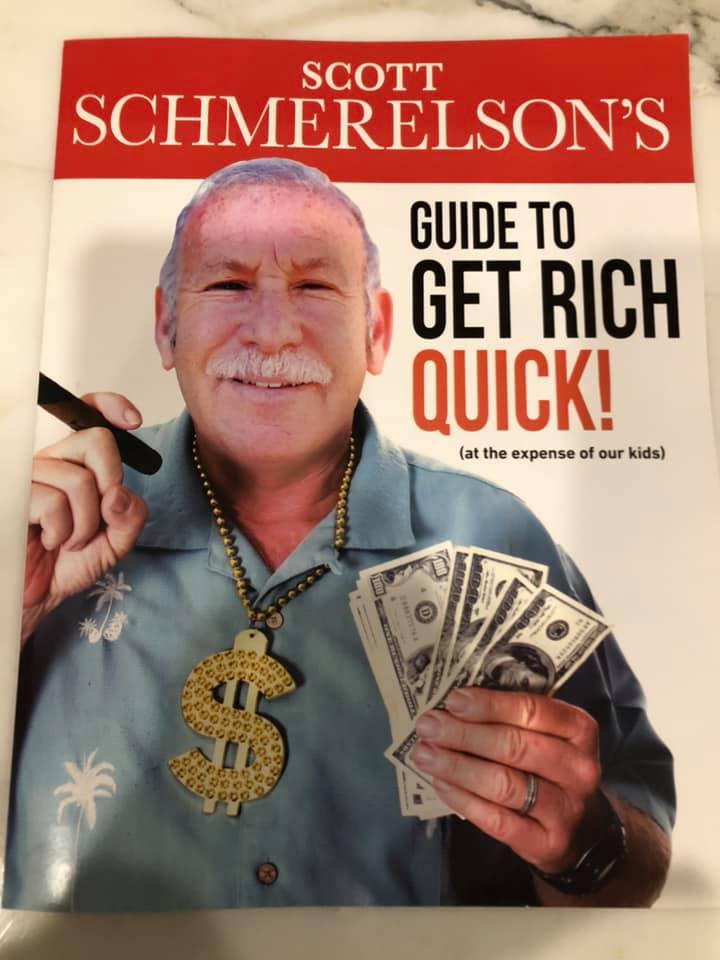 Funded by billionaires such as Reed Hastings and Alice Walton, whose families will never set foot in the public schools they wish to destroy, the flyers opposing Schmerelson have been relentless. Day after day these attacks arrive in the mail spreading easily disproved lies like the accusation that he "tripled his own pay." In fact, the salaries of school board members are set by an independent commission from the City of Los Angeles. This commission also dramatically increased the salaries of Nick Melvoin and Kelley Gonez, two candidates that the CCSA helped to elect. Will they also make this an issue during their reelection campaigns or will they once again endorse them and campaign against anyone who opposes them?

Central to the charter industry's campaign against Schmerelson is the accusation that he is somehow money-hungry, an attack that is widely viewed as being anti-Semitic. Emanating from another charter school industry candidate, who failed to get enough signatures to appear on the ballot, a series of complaints have been filed with the Fair Political Practices Commission (FPPC) alleging that Schmerelson made decisions based on his stock holdings. Nick Melvoin's Speak Up has covered each of these complaints but ignored the part of the story where the FPPC finds that complaint lacks merit. The CCSA and their allies then mail their flyers in an attempt to trick voters into thinking that these were serious allegations.

While charter school candidates like Marilyn Koziatek talk about putting "kids first", the allegations against Schmerelson prove that his actions actually put students above his own financial interests. As alleged, he did own stock in Altria, the owner of JUUL, which makes vaping products. However, this did not stop him from co-sponsoring an anti-vaping resolution. Interestingly, none of the charter industry-supported board members added their names as sponsors of the "Tobacco-Free and Vaping-Free Schools and Communities" resolution.

What these flyers do not mention is anything to do with actual educational policy. Perhaps that is because, unlike their candidate, Schmerelson has dedicated his career to educating children in public schools. Their anti-Semitic tropes seem to be an attempt to obfuscate their main complaint against Schmerelson - that he was the lone vote against the expansion of Granada Hills Charter High School to other grades. Schmerelson recognized that turning Granda into a Transitional Kindergarten through 12th-grade school threatened to destabilize the existing public elementary schools. His opposition triggered the politics of retribution. 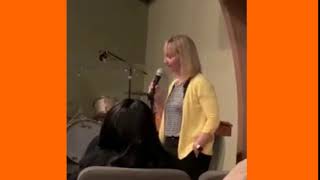 I'm Not Aware LAUSD School Board candidate Marilyn Koziatek ducks and weaves a question about birth control being provided to students. Is she afraid that her answer will ...
(Image by YouTube, Channel: Carl Petersen)   Details   DMCA

While Schmerelson and Elizabeth Badger both replied to a questionnaire about their viewpoints, Koziatek did not. In fact, she does not seem eager to answer any questions that might reveal positions that are counter to what the voters are looking for. A candidate forum held by the CCSA was shut down an hour early rather than have her respond to submissions that questioned her record at Granada. At another event held at the Northridge West Neighborhood Council, she danced around a question that asked if she was "in agreement with LAUSD's policy of dispensing birth control devices in health care clinics." She also refused to answer a question about LGBTQ+ issues. This lack of transparency should be concerning to any voter in LAUSD Board District 3.

When asked how her platform of public engagement is consistent with her position as a leader at a charter school board the ability of parents to vote for representatives on their governing board was eliminated, Koziatek tried to circumvent the issue by stating that only 20% of students attend charter schools. In her opinion, this meant that too much time was being spent discussing charter school issues. This would be a valid argument if her allies were not spending millions of dollars to win a majority on the board. It would be interesting to hear why she thinks that representatives of 20% of the students should be making decisions for the 80% of the students who actually attend public schools. Given her track record of responding to questions, that is not an answer that the taxpayers are going to receive. 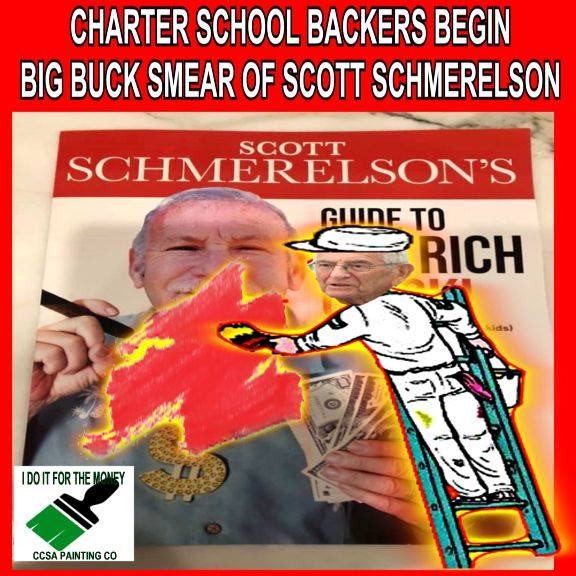 Carl Petersen is a parent, an advocate for students with special education needs, an elected member of the Northridge East Neighborhood Council, and a member of the LAUSD's CAC, and was a Green Party candidate in LAUSD's District 2 School Board race. During the campaign, he was endorsed by the Network for Public Education (NPE) Action and Dr. Diane Ravitch called him a "strong supporter of public schools." His past blogs can be found at www.ChangeTheLAUSD.com. Opinions are his own.

Related Topic(s): Anti Semitism, Add Tags
Add to My Group(s)
Go To Commenting
The views expressed herein are the sole responsibility of the author and do not necessarily reflect those of this website or its editors.