(Image by Stop the Republican Recall of Governor Newsom)   Details   DMCA
pener nofollow" href="https://www.betterworld.net/quotes/bernie/bernie4.htm">A few wealthy individuals and corporations have bought up our private sector and now they're buying up the government. Campaign finance reform is the most important issue facing us today because it impacts all the others." - Sen. Bernie Sanders

The 2018 election of Gavin Newsom was the latest in a long line of defeats for Republicans in California. The state was once reliably red but the party has not won a statewide race since 2006.

Unable to win over the voters, California Republicans have sought to disrupt the system by abusing the recall process. On March 15, 2019, notices of recall were filed against all seven of the top elected officials in the state just a couple of months after they were sworn into office. This included the first of six recall attempts against Gavin Newsom. Five of them failed. 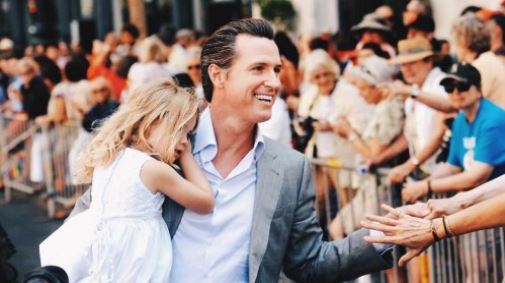 When the governor took decisive action at the beginning of the COVID-19 pandemic, he drew the ire of those who confused "personal freedoms" with the right to spread a deadly virus. This gave wind to the recall effort and, as a result, Californians will head to the polls on September 14 to decide if Newsom's term will be cut short.

No matter how people vote on the recall it is very important that they select a candidate from the field of potential successors on the second part of the ballot so that they have a voice if the recall is successful. The list of Republicans on that list currently includes Caitlyn Jenner and Randy Quaid. To complete the circus atmosphere, John Cox, the Republican that Newsom defeated in 2018, has been campaigning across the state with a 1,000 pound Kodiak bear.

While polling shows that the recall effort is likely to fail, the experience of Gray Davis is a warning that nothing should be taken for granted. Newsom is, therefore, gearing up for battle and seeking the funds needed to mount a successful campaign. This has left an opening for the charter school industry as they recover from a series of setbacks including high-profile scandals and underwhelming performance.

In the 2018 gubernatorial race, Netflix founder Reed Hastings gave $7 million to Antonio Villaraigosa's campaign because he liked the former Los Angeles Mayor's "history of championing charter schools." Hastings then helped to finance the failed campaign to unseat School Board Member Scott Schmerelson that included lies about his record and the use of anti-semitic tropes. Hastings is now funneling his abundant personal funds to Newson's efforts to repel the recall.

After spending $7 million against Newsom, why would Hastings now back him, especially given the fact that there will certainly be Republicans who would be more favorable to his views on the issue of charter schools? The answer may lie in a couple of events that have occurred recently in Sacramento.

If signed into law, AB 1316 would have strengthened California's oversight of the public funds that charter schools receive. It was, therefore, bitterly opposed by the charter school industry that called these accountability measures "anti-charter."

The proposed law had cleared all legislative hurdles and appeared to be headed towards the vote that would send it to the governor's desk. Then the bill was suddenly pulled from consideration without explanation. While still technically alive, the earliest it will be considered is next year. The public will never know exactly what happened behind the scenes but it is likely the Governor intervened benefitting his new benefactor, Hastings.

The next gift for the charter school industry was language slipped into the yearly Education Trailer Bill specifying that "all charter schools whose term expires on or between January 1, 2022, and June 30, 2025, inclusive, shall have their term extended by two years." This attack on local control means that these schools will operate without a public hearing for seven years. Had this extension been in effect in 2019, the Community Preparatory Academy would have still been operating when its Executive Director pleaded guilty "to embezzling $3.1 million in school funds that she spent on her personal use". Earlier this year, Prepa Tec High School would have remained open despite the fact that only 3.26% of this school's students met state standards in math and it was $485,718 in debt. In fact, they continued to accept applications after the state had rejected their appeal of the LAUSD's denial of their charter renewal saying that Newsom might save them.

This opposition to charter school oversight marks a dramatic about-face for Newsom who during the 2018 campaign claimed that he was not interested in the debate about whether "Eli Broad was right or whether or not the CTA was wrong." Last year he brokered a compromise that helped bring AB 1505 across the finish line in a weakened state that at least provided some additional oversight. Is it a coincidence that this sudden turn in support of those who seek to privatize education occurred at the same time that Hastings started bankrolling the anti-recall campaign?

The recall effort against Newsom, a desperate attempt by Republicans to regain power in the Golden State, deserves to be soundly defeated. At the same time, Newsom's willingness to betray the 90% of California students who attend public schools should not be forgotten. Regardless of the outcome in September, the Governor's first term should be his last. California needs leadership from a true progressive, not a member of the establishment willing to sell his soul for campaign cash.