"We believe that quality education is a human right."

Barring a cataclysmic event, Tony Ca'rdenas' "solid Democratic" seat in the United States House of Representatives is safe. A lawsuit was filed on April 27, 2018, which "alleged that Ca'rdenas sexually abused a 16-year-old girl in 2007 ". Even with that allegation, he won reelection with 80.6% of the vote.

Ballotpedia describes Ca'rdenas as "an average Democratic member of Congress. " They define as being expected to "vote with the Democratic Party on the majority of bills. " However, it could also describe his political strategy - keep your head down and do not make waves. He is a career politician who has also been elected to the California State Assembly (1996-2002) and Los Angeles City Council (2004-2012). Despite being in the House since 2013, he only sits on one committee, Energy and Commerce.

Like in 2018 , Ca'rdenas' did not respond to a request for information about his views on federal education policy. When a candidate is expected to win, why take any chances by letting your constituents (or your donors) actually know your views. Like Battotpedia said: "average."

There are three candidates vying for the second spot in November's general election. Angelica Dueñas is a Berniecrat who ran for this same seat two years ago as a member of the Green Party. This time around she is taking up the Democratic banner. Michael Guzik is also a Democrat. Brian Perras is the lone Republican on the ballot. All three challengers respected the voters enough to respond to this year's questionnaire and their answers are presented below. They are presented in the order that they were received.

Question 1: Federal legislation authorizes "Congress to contribute up to 40% of the average per-pupil expenditure" for mandated special education services. Unfortunately, this funding has never materialized. What will you do to ensure that programs and services for those with special education needs are appropriately funded?

Brian Perras: "Special Education needs local, district, state, and federal funds to provide the needed services for those identified special needs students. I need to find the current percentage provided by each of those funding sources. Upon reviewing those numbers, place pressure on those not providing their required share of that funding. This can be done in a number of ways, public pressure, media pressure, political pressure and if need be, legal pressure. All can play a role in securing appropriate funding for federally mandated programs. You used the number "up to 40%", which is a wide margin,( 0-40). I need to look into those numbers for a better look at who is responsible for what amount. Hold those responsible, accountable."

Michael Guzik: "I will be an advocate for those in need of these very important special education services. As a father of a child that utilized these services some years ago, I have seen the benefits of early intervention first-hand. My son was diagnosed with Autism, but he is not Autistic. A label puts an automatic limit on a child even though it doe not define them and when you label someone they are labeled for life. We are well past our days of floor work and speech therapy. However, if services and funding were not available, he might still need an IEP. We as parents acted quickly after a vaccine injury and found the services he required. We qualified for funding for all the services that he required and utilized every opportunity to allow him to shine. Over the final six months of his at-home services, we began to have conversations about the possibility of his hours being cut due to funding. Luckily my son made it through the programs and transitioned successfully to kindergarten. I saw funding start to go away ten years ago. I can't imagine what parents go through now to provide these important and necessary services. And this is only my story. That is why I am running; I want to make an immediate positive impact on the lives of children and their parents."

Angelica Dueñas: "As a mother of a child with special needs I find this issue extremely important. If elected, we will push for audits and for clear legislation that would prevent monies to be mismanaged."

Brian Perras: "Another area to look in to would be placing a weighted amount of funding on students with special needs. This is done in many areas and helps with accountability. I can give you more information on this method if you wish." 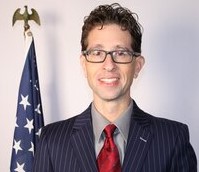