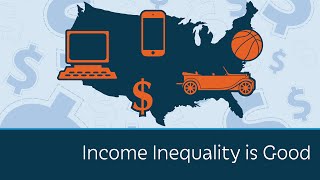 The once-proud political project known as "centrism" is collapsing around the globe, despite increasingly desperate attempts by billionaire backers to revive it.

The center-right's implosion can be seen in the weakened state of Theresa May's Conservatives in Great Britain, the recent setback for Angela Merkel's Christian Democrats, and the withering of the GOP's Mitt Romney wing.

But what about the center-left, the "New Labour"/"New Democrat" phenomenon that once seemed to offer so much hope? Can it survive? More importantly, should it?

The Decline of the Center-Left

"In elections this year in France and the Netherlands, the socialist and labor parties did so poorly that many question their future existence... Even if you don't support the left, this should be cause for concern. Social democratic parties were crucial to rebuilding democracy in Western Europe after 1945. They remain essential to democracy on the Continent today."

Professor Berman correctly diagnoses one aspect of what ails these parties, noting that center-left politicians like Britain's Tony Blair and Germany's Gerhard Schröder "celebrated the (free) market's upsides while ignoring its downsides."

It's worth lingering for a moment on those downsides: Economic inequality continued to skyrocket under Blair in Great Britain and Schröder in Germany, and Bill Clinton in the United States. The global economy was gravely damaged by the financial crisis of 2008, as Professor Berman notes. but that near-catastrophe wasn't caused by impersonal forces. It was the result of widespread banker fraud, made possible by the active collaboration of politicians from both parties.

The center-left rarely even chastised, much less prosecuted, bankers for their criminality in the runup to the economic crisis, whose devastation is still felt around the globe. Instead, it left them in charge of their institutions and in possession of their freedom and their ill-gotten gains.

When faced with the global economic disaster these bankers caused, Blair didn't name names. Instead he said things like this: "Look upon this crisis not as an occasion to regress in policy or attitude of mind; but as a chance to renew, as an opportunity to open a new chapter in humanity's progress to a better future for all."

The political program Professor Berman eulogizes didn't just fail to "offer a fundamental critique of capitalism." It provided capitalism's worst excesses with ideological cover. Instead of hewing to well-understood professions of left-leaning values like "equality," it offered cliches about "equality of opportunity" that were indistinguishable from those of its center-right opponents.

Worse, when confronted with the economic damage that bankers caused, the European center-left turned against its supposed constituency by bailing out the banks and imposing strict austerity measures on working people.

The U.K. Labour Party, like its European and American counterparts, became obsessed with proving its "fiscal responsibility" -- so much so that it was considered a major gaffe when party leader Ed Miliband failed to mention the deficit in an address. "No one should doubt our seriousness about tackling the deficit," he said by way of apology.

Democrats under Clinton and Obama shared the European center-left's deficit obsession, but were forced to back away from it somewhat under political pressure. European social democrats stuck to the austerity program and lost even more support than Democrats did from their core voters.

Then there's foreign policy. Blair misled his country into war in Iraq -- a deception which most Britons still find literally unforgivable, according to a 2016 poll -- while centrist Democrats largely voted to support it here in the United States. That hurt both parties. One study showed that Donald Trump, who cynically ran as an anti-war candidate, gained a statistically significant level of additional support from communities with high military casualties.

Related Topic(s): Bankers; Center-Left; Economic; Globalization; Inequality, Add Tags
Add to My Group(s)
Go To Commenting
The views expressed herein are the sole responsibility of the author and do not necessarily reflect those of this website or its editors.