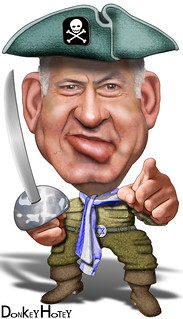 EVERY TIME you think we have reached the limit, something else pops up and the limit moves.

One might have thought that the Hitler-Mufti story was the absolute limit of craziness. But here comes Uri Ariel, and proves one wrong. Ariel's cats top Netanyahu's mufti.

Ariel is a cabinet minister. Eh, minister for what? Almost nobody quite knew. Until now. Now it appears that he is the Minister of Agriculture.

As such, he is the minister for cats. Yes, yes. I am not joking. Even in Israel cats are no agricultural animals. They don't draw the plow and don't lay eggs. They just get neutered.

And therein lies the rub. Israel is full of cats. People like them. But the more they multiply, the less they have to eat. So for some time, the government has sponsored an effort to catch homeless cats and neuter them, in order to reduce the cat population and allow them to lead a decent life, worthy of cats.

Who pays for this? The Ministry of Agriculture, of course. Who else?

(Why? No one knows. There must be some hidden reason.)

ENTER Ariel. He is a far-far right-wing politician. In other countries he might have been called a fascist, but in Israel we don't like the f-word.

He was born in a religious kibbutz (there are some), joined a settlement and became a leader in the settlement movement. When Rehavam Zeevi, nicknamed Gandhi, the patron saint of the far-right, was assassinated, he took his seat in the Knesset. With his fanatical followers, Ariel set up a far-out party, joined another far-out rightist party, split from it, united with another far-out party. At present he is a sub-party of the "Jewish Home" party and a minister. As above.

Ariel is a serious person. I have never seen him smiling. Indeed, I have a lurking suspicion that his upper lip is paralyzed. He is not one of the run-of-the-mill demagogues, male and female, with whom the present government is stocked a-plenty. He is seriously serious.

Last year he was the Minister of Housing, a job eminently fitting, since its main function is to provide housing for settlers. But after the recent election he became a mere agriculture minister and seemed -- fittingly -- to vegetate.

Settlers sit on plenty of Arab agricultural land, but they don't really do agriculture. Their main agricultural activity seems to be to uproot neighboring Arab olive trees.

ENTER THE LORD. The lord created all living things and told them to go forth and multiply. It is the first of God's innumerable commandments. Therefore, sterilization is strictly forbidden.

As the new Minister of Agriculture, Ariel discovered to his horror that his office was providing the money for the neutering of cats. Terrible! A blatant sin in the eyes of God!

Related Topic(s): Benjamin Netanyahu; Bible; Cats; Israel; Wars, Add Tags
Add to My Group(s)
Go To Commenting
The views expressed herein are the sole responsibility of the author and do not necessarily reflect those of this website or its editors.