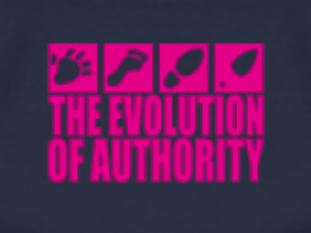 If you aren't living in a cave in Bhutan, you know that the top three Virginia state government officials are amidst a whirlwind of racial and sexual abuse scandals. Their timing couldn't be more fitting: during Black History Month and performances of the annual Vagina Monologues.

It started when a photo of two people, one in blackface and the other in a KKK robe and hood, was discovered on Gov. Ralph Northam's medical school yearbook page, published over three decades ago.

Now, to be fair, behavior must be viewed in context. For instance, if a house is on fire, we're thrilled when the firemen rush in with their hoses and water. But that activity is not nearly as thrilling if the house is not on fire. Context is essential -- behavior should not be judged absent context.

Thirty-five years ago, racism was the backbone of society in the Deep South. As a New York native who walked in my community's Martin Luther King march, that's hard for me to totally understand. But when I lived in Louisiana in the 1970's, I met people who genuinely (and innocently) thought Jews had horns, and heard a pastor preach that he only used the King James version of the Bible "because that's the one that Jayzus used." In my experience, the educational curriculum in the Deep South cannot be depended upon for providing the foundations of critical thinking skills.

Fish don't know they're in water, and children growing up in racism don't know what they are in, either. Therefore one must understand the context, and realize that deep ignorance was involved. It takes time and experiences for children to understand, as they grow up, that they must lift themselves out of the beliefs of a racist past.

So I'm giving Northam the benefit of the doubt regarding that photo, even though when the yearbook was published, he was not a child, he was in his mid-twenties. And, as he now says, maybe it really wasn't him in either blackface or the KKK costume. Maybe someone slipped that photo onto his page without him knowing about it. And maybe his "Coonman" nickname was forced on him without his consent.

If all that is true, what I want to know is, where was his outrage long before this? He knew this information was available as public record, like a ticking time bomb. Why didn't he defuse it when he first entered the realm of public service? Is that stupidity? Racism? Hubris? None of which is a useful leadership quality.

When his past came flying back at him like a pile of steaming sh*t launched from a GOP catapult, he admitted to being one of the men in the photo. The next day he was adamantly sure he wasn't, yet still almost gave a friggin' Moonwalk demo for the press. (Thankfully, prevented by his wife.)

It is not because of something stupid from 35 years ago, it is Northam's current responses and behavior that have made him a liability to the Commonwealth.

Next in line for the Virginia governorship, should Northam step down or be ousted, is Lt. Governor Justin Fairfax, previously a rising star in Virginia. Before his inauguration, the WaPo apparently investigated claims of sexual misconduct against him but did not publish the story (although that doesn't mean they found nothing.) Fairfax's statement regarding the sexual encounter, which he labeled as "consensual," sounds reasonable enough until you hear that just this week in a meeting referencing his accuser, he said "f*ck that b*tch." That effectively drained all the reasonableness out of the statement, for me.

Then we heard the compelling story from his accuser, Dr. Vanessa Tyson. Oddly enough, it is actually possible to believe both of their stories. I do believe that it is possible that Fairfax may have been unconscious of the effects of his behavior. Because, well, men can be Like That. Not that it is an excuse.

Why do we believe Dr. Vanessa Tyson? Well, she offered a measured, compelling and believable statement.

And after the Kananaugh debacle, women saw how Dr. Christine Blasey Ford was brutalized yet again, so we are loathe to risk all that, just to tell a lie, as Tyson indicates in her statement.

Dr. Tyson's story is a familiar one. It's not news to most women that when a man is focused on his sexual destination, he is not likely to stop and ask for directions. Nor does he always pay attention to how his strength may adversely impact his partner or even notice her cues. After all, men have been brought up in a patriarchal society which hasn't educated them out of their toxic sense of entitlement. Luckily, some men have figured it out on their own, or with the guidance of a supportive parent or partner, but for many men, their education is just beginning now, with the #MeToo movement and with incidents like this one. None of this excuses their behavior, however.

Related Topic(s): Ku Klux Klan; STUPIDITY; Scandals; Segregation; Violence Against Women; Virginia Governor; Women In Politics; Women Leaders; Womens Issues, Add Tags
Add to My Group(s)
Go To Commenting
The views expressed herein are the sole responsibility of the author and do not necessarily reflect those of this website or its editors.