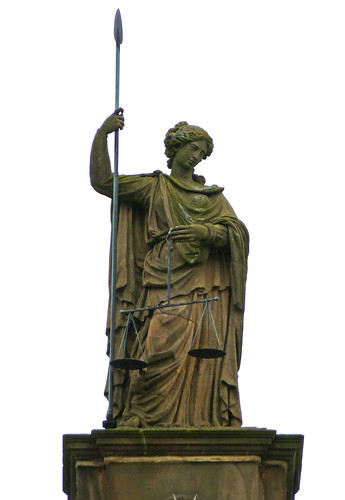 Former police officer Derek Chauvin has been charged with second degree murder in the death of George Floyd. If you watch the various news channels you will be bombarded with legal experts discussing the charge and the burden of proving it. While it may seem to be extremely complicated, it really is not that complicated.

The first step in understanding this case is to address the concept of degrees of murder. Every state has their own statutes that define these crimes but every state (and the federal government for homicides that occur on federal property) follow the basic principles established by the common law. The common law is that process of law developed in England that was adopted by America as part of our shared heritage and social beliefs. Those principles basically establish that "evil thoughts" should be recognized and punished by those committing serious crimes. In other words, the thought process of the killer is extremely important.

In order to unwrap these principles you merely need to go through a simple checklist which lawyers and judges refer to as the elements of a crime.

First, a homicide is the killing of a human being. That killing is either justified or unjustified. A justified killing includes self defense, deadly force by a police officer when necessary to protect him/herself or someone else and a non-negligent killing such as someone having a stroke and running their car off the road and hitting a pedestrian.

Nothing in the facts shown by the videos of Mr. Floyd's killing supports an argument that it was justified.

The elements of first degree and second degree murder are generally, (1) the defendant committed an act that caused the death Mr. Floyd. (2) When the defendant acted he had a state of mind called malice aforethought (sometimes called intent to kill). (3) Officer Chauvin killed without lawful excuse or justification. There is a fourth element for first degree murder which will be discussed below.

So the key to a first murder charge is whether or not their was malice aforethought. That state of mind does not require hatred or ill will toward the victim. It must however be formed before the act that causes death is committed. It does not require deliberation or the passage of any particular period of time. Malice in this case could be seen by the jury as Chauvin demonstrating that he intended to kill Mr. Floyd or he deliberately acted with conscious disregard for Mr. Floyd's life.

The video is pretty conclusive that he had the full weight of his body on his knee chocking Mr. Floyd. He did this while two other officers helped pin the victim down. Mr. Floyd pleaded for his life and members of the public shouted out that he couldn't breath. It is also reasonable to expect that the People will present evidence of police training and the consequences of this procedure would be death if it continued without stopping. The video also presents evidence of Chauvin's state of mind by his facial expression and body language. The nonchalant posture with his hand in his pocket and his staring into the camera with an expression that clearly does not exhibit any remorse is powerful evidence that can be considered by the jury. In a real sense Chauvin will testify in his trial simply by viewing the video and as a jury judges credibility, they also can judge intent.

Premeditation needed for first degree murder occurs when someone decides to kill before completing the act that caused death. A cold, calculated decision to kill can be reached quickly. The test is the extent of the reflection about the defendant's actions, not the length of time.

It is not my intent to discuss the broader social issues that are being protested even as I write this paper. Rather, it is my intent to narrow the discussion as it relates to this specific murder by a police officer in the line of duty.

Related Topic(s): Juror; Killing; Law, Add Tags
Add to My Group(s)
Go To Commenting
The views expressed herein are the sole responsibility of the author and do not necessarily reflect those of this website or its editors.