Of the last 11 Presidents, starting with and including JFK, only 5 were legitimately elected. The rest (including Ford, who replaced Nixon and pardoned him, and was not elected President ) took power either through treason or the electoral fraud we call the Electoral College, which overturned the actual vote of the public.

This means that in most cases, our President has gained power not by fairly campaigning and winning the vote of the people, but through either murder, sabotage of a sitting President, or through using the Electoral College to overturn the actual vote count, declaring the losing candidate to be the winner. In any other nation, this would be called a coup, but since it has been institutionalized since the slave owning class created it to block the popular vote, it has become a coup that is accepted as normal, tho there has been no electoral coup since 1888, until our new Century, where it is now the new normal. 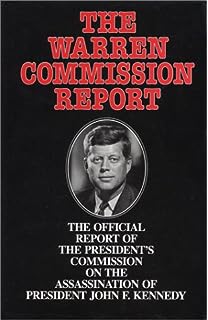 Let us begin with the assassination of JFK. Most informed people are aware that this murder was engineered by the CIA, with the cooperation of LBJ, the Mafia, and likely Bush I, the former CIA chief. Many books and the Oliver Stone film have highlighted this conspiracy, and the Congress in 1976 determined that the murder was "likely a conspiracy."

A recent book, Mary's Mosaic, written by a person close to all the major players including his own father and Mary Pinchot's husband, both high level CIA officials, makes a daunting case that the assassination of JFK and then his lover, who had undertaken a transformative journey from mainstream Cold War thinking to a vision of a world at peace was executed to stop this transition to a world at peace, a world without nuclear weapons, and a world without the Pentagon and the CIA running a shadow government, commonly called the Deep State. 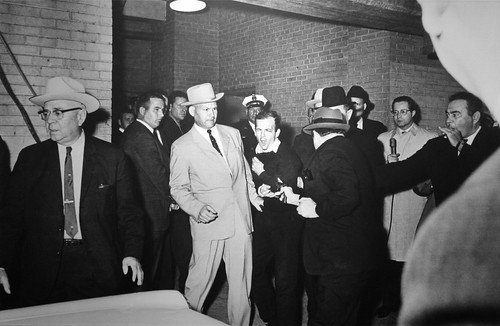 The reasons for the JFK murder, which was the first coup in this now normal series, were:

1) he stood up to the Pentagon generals (and some in his own staff) who wanted to use nukes against North Vietnam and in "local conflicts" in Southeast Asia. He said No.

Then, when the CIA invaded Cuba in the disastrous Bay of Pigs, he was told to send air support, and he said No. Then When the Cuban Missile Crisis heated up, the generals told him the US should nuke Russia, that we could win if we made a first strike, and he said No.

As a result of these conflicts, he fired Allen Dulles, the first civilian director of the CIA who had made it a tool of Wall St, pursuing a rogue foreign policy involving assassinations, proxy wars, and economic sabotage.

and he then signed the Nuclear Test Ban Treaty with Russia, with the goal of banning all nukes. He had also written a Presidential directive to withdraw all troops from Vietnam and reverse the Cold War Doctrine embraced by Truman and Eisenhower to attack "independent" or "neutral" nations as pawns of the Communists. And finally, he said he was going to splinter the CIA into a thousand pieces. Soon after, he was shot down from both the front and the back in broad daylight.

LBJ could not wait to arrive back in Washington to be sworn in, so as the autopsy went on, with the FBI and CIA manipulating the scene to prepare for the lies of the Warren Commission (on which sat the fired Allen Dulles), LBJ was sworn in on the flight back with the traumatized Jackie Kennedy at his side.

Immediately, LBJ repealed the JFK directives and issued new directives calling for an escalation which led, eventually to 500,000 troops (and with the help of the next saboteur, Nixon) and up to 3 million deaths.

So I count LBJ as the first President in modern times to have come to power illegitimately, through a murder of the President he was known to hate and whose policies he was eager to reverse.

The second illegitimate President was Richard Nixon, who it is now known through both released archives and audio tapes, sabotaged Johnson's peace negotiations with North Vietnam. Nixon sent his emissaries to the North Vietnamese to offer a better deal if they would blow off Johnson and wait for him to be elected. They bit, just as the Iranians would bite when Reagan did the same to defeat Carter, who was leading in the polls.

Related Topic(s): Assassination; Bush; Coup; Crisis; Donald Trump Lies; Fraud; Hostages; Iran; Treason; Trump Campaign; (more...) Trump Illegality; Wars, Add Tags  (less...)
Add to My Group(s)
Go To Commenting
The views expressed herein are the sole responsibility of the author and do not necessarily reflect those of this website or its editors.