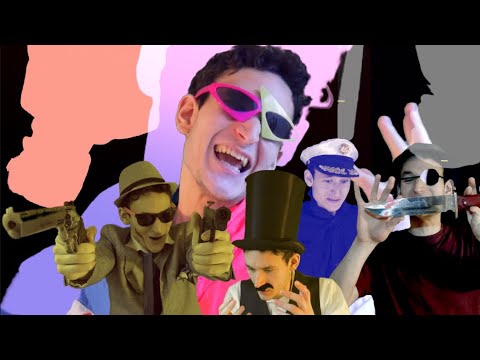 The current coronavirus pandemic is more than a medical crisis, it is also a political and ideological crisis. It is a crisis deeply rooted in years of neglect by neoliberal governments that denied the importance of public health and the public good while defunding the institutions that made them possible. At the same time, this crisis cannot be separated from the crisis of massive inequalities in wealth, income and power. Nor can it be separated from a crisis of democratic values, education and environmental destruction.

The coronavirus pandemic is deeply interconnected with the politicization of the natural order through its destructive assaults waged by neoliberal globalization on the ecosystem. In addition, it cannot be disconnected from the spectacle of racism, ultranationalism, anti-immigrant sentiment, and bigotry that has dominated the national zeitgeist as a means of promoting shared fears rather than shared responsibilities.

The plague has as one of its roots a politics of depoliticization, which makes clear that education is a central feature of politics and it always plays a central role whether in a visible or a veiled way in any ideological project. For instance, it has been a central pedagogical principle of neoliberalism that individual responsibility is the only way to address social problems, and consequently, there is no need to address broader systemic issues, hold power accountable or embrace matters of collective responsibility. As a politics of containment, neoliberalism privatizes and individualizes social problems, i.e., wash your hands as a way to contain the pandemic. In doing so, cultural critics Bram Ieven and Jan Overwijk argue, "it seeks to contain any real democratic politics; that is to say, a politics based on collective solidarity and equality [because] democratic politics is a threat to the market."

Additionally, neoliberalism's emphasis on commercial values rather than democratic values, its virulent ideology of extreme competitiveness and irrational selfishness, and its impatience with matters of ethics, justice and truth has undermined critical thought and the power of informed judgment. As Pankaj Mishra states, "for decades now, de-industrialization, the outsourcing of jobs, and then automation, have deprived many working people of their security and dignity, making the aggrieved " vulnerable to demagoguery."

Americans live in an age when neoliberalism wages war on the public and inequality is recast as a virtue. This age supports notions of individual responsibility that tear up social solidarities in devastating ways. This is a historical moment that puts a premium on competitive attitudes and unchecked individualism, and allows the market to become a template for structuring all social relations. The social contract has been all but eliminated while notions of the public good, social obligations and democratic forms of solidarity are under attack. This is a form of gangster capitalism that speaks only in the market-based language of profits, privatization and commercial exchange. It also legitimates the language of isolation, deprivation, human suffering and death.

Ravaged for decades by neoliberal policies, U.S. society is plagued by a series of crises whose deeper roots have intensified the stark class and racial divides. Such a divide is evident in the millions of workers who do not have paid sick leave, the millions who lack health insurance, the hundreds of thousands who are homeless, and the fact that as the Boston Review points out, "One in five Americans cannot pay their monthly bills in full, and 40 percent do not have the savings needed to cover an unexpected $400 expense."

Under such circumstances, the social sphere and its interconnections become an object of either financial exploitation or utter disdain, or both. What is lost in this depoliticizing discourse of neoliberalism and made clear in the current pandemic is that our lives are indeed interconnected for better or worse. There is a certain irony here in that the current White House call for the public to abide by social distancing mirrors not only a medically safe practice to slow down the spread of the virus, it also occupies a long-standing neoliberal ideological space that disdains social connections and democratic values while promoting death-dealing forms of social atomization. Here is where the medical crisis runs head on into a long-standing political crisis. This is also the space where politics has become a tool of neoliberalism as the economy and powers of government relentlessly attack and erode the common good and democracy itself. Irony turns into moral and political irresponsibility as Trump pushes social distancing while also indicating he will relax social distancing guidelines, against the advice of public health experts, in order to reboot the economy.

The financial crisis of 2008 made visible the plague of neoliberalism that has for over 40 years ravaged the public good and imposed misery and suffering upon the poor and others considered excess, waste or dangerous. With its merging of brutal austerity policies, financialization of the economy, the concentration of power in few hands, and the language of racial and social cleansing, neoliberalism has morphed into a form of fascist politics. The new political formation is characterized by a distinctive and all-embracing politics of disposability, a massive gutting of the social state, and support for pedagogical apparatuses of spectacularized violence, fearmongering and state terror.

All of this points to a disdain for any notion of the social that expands the meaning and possibilities of the common good, including the crucial sphere of public health, and the broader notion of what political philosopher Michael Sandel calls living together in a community, which requires solidarity and sacrifices to treat people with compassion, humanity and dignity. Central to this notion of the common good, argues scholar Shai Lavi, is a mass movement willing to bring together struggles for emancipation, economic justice and political community established on the basis of human equality.

The brutality of the pandemic of neoliberalism was evident in Trump's call on March 24, 2020, to "reopen the economy," by Easter. At that time, he wanted to move the U.S. quickly toward ending cautious measures such as social distancing and letting the virus run its course. Trump's initial rationale for such an action restated a right-wing argument that "the cure is worse than the disease." After being told that 2.2 million people could die as a result of reopening the economy too early, Trump said the White House would keep in place its social distancing rules at least through April.

Anthony Fauci, the director of the National Institute of Allergy and Infectious Diseases, has stated that social distancing is the most important tool for containing the virus, yet Trump still refuses to issue a national stay-at-home order, especially at a time when seven states do not have one. At a press conference on April 4, Trump had stated that things will get a lot worse with many more deaths. Yet, soon afterward, he reiterated that he would like to see the country open again. Such actions display a shocking level of moral turpitude, making clear that Trump is more concerned about his reelection, commerce and the stock market than the ensuing death toll. As reporters from The Washington Post point out, "Trump has long viewed the stock market as a barometer for his own reelection hopes."

Related Topic(s): Capitalism; Corona Virus Coronavirus Covid-19; Financial; Neoliberalism; Politics; Racism, Add Tags
Add to My Group(s)
Go To Commenting
The views expressed herein are the sole responsibility of the author and do not necessarily reflect those of this website or its editors.