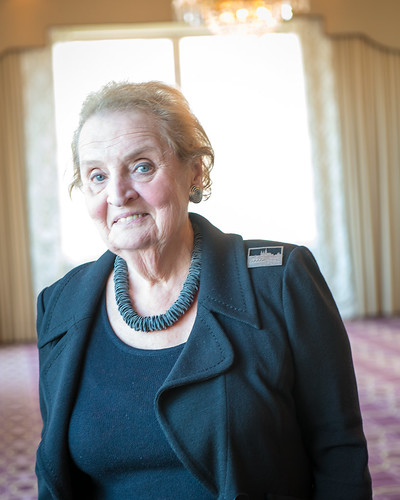 The International Commission on Missing Persons: The unseen "evidence"

One of the key evidentiary issues that arose during several International Criminal Tribunal for the former Yugoslavia Srebrenica trials was the right of the accused to conduct an independent examination of the forensic evidence used against them. That right exists as a matter of course in all non-political criminal trials in all civilized legal jurisdictions. Specifically, that is the right of defendants to verify for purposes of their own exoneration as well as for the benefit of the court the alleged DNA identifications proferred by the Prosecution, which were supplied by the International Committee for Missing Persons (ICMP). ICMP is an NGO founded in 1996 under the auspices of the US which until recently was operating out of the Bosnian city of Tuzla. The Hague Tribunal consistently refused to issue a subpoena to ICMP to produce its biological samples and make them available to defense forensic experts for independent analysis. Supposedly sovereign governments are subject to ICTY subpoenas and can be compelled to produce physical evidence (Serbia in numerous cases, Croatia in the Gotovina artillery records matter). But a private NGO such as ICMP is apparently above all that. The reason for its immunity is the status accorded to ICMP that can only be described as exterritorial, effectively raising it to a level above that of sovereign governments.

The ICTY managed to create an impression that some 6,800 bodies recovered from mass graves around Srebrenica had been conclusively identified by means of a 'breakthrough" DNA technique devised by the body that carried out the forensic work, the International Commission for Missing Persons. In fact, the primary DNA evidence was never shared with the ICTY. The court was provided only with a report of the ICMP's work and findings. The only information shared was in the form of computer printouts. No details were given about the DNA methodology or the steps taken to prevent contamination (a major problem in DNA work). Nor was evidence given by those who had themselves carried out the work.

It is a minimum requirement of all genuine systems of justice that accused persons and their defence teams should have access to all the evidence against them. This allows defendants to have scientific evidence checked by their own experts so that prosecution experts can be cross- examined in depth and defence experts can be called to give their assessments of the evidence. This did not happen in any of the ICTY trials. But in every instance the court chose to treat the DNA evidence as proven.

An independent paper published on this topic revealed that the ICMP had been granted unprecedented levels of immunity in separate agreements with the Council of Ministers of Bosnia and Herzegovina (1998) and the Government of Croatia (2002):

"The Headquarters agreement provides immunity for property, assets, and staﬀ of the ICMP from "every form of legal and administrative process, except insofar as in any particular case the ICMP has expressly waived its immunity." It also provides for the inviolability and immunity of ICMP premises, property and assets from "search, requisition, confiscation, expropriation, and any other form of interference, whether by executive, judicial, administrative or legislative action." Practically, this also meant that biological samples and profiles became the property of the ICMP as a means to protect witness information and data. Only the ICMP could decide on whether information was to be shared with authorities or not. Compliance with writs such as a subpoena compelling production of material or witness attendance to give evidence was subject to the ICMP waiving their immunity. In other words, the ICMP received diplomatic status as a technical and scientific human identification operation. For a DNA laboratory or human identification eﬀort, this was unprecedented. "

There can be little doubt that no proper court of justice would have admitted the ICMP's evidence on this basis.

But this was only one of the problems relating to the ICMP. This organization was the unilateral creation of US President Bill Clinton in 1996 when it became clear that the first mass grave excavations carried out by the US organization, Physicians for Human Rights, had not delivered the expected results. The mass graves identified by US intelligence, said by Madeleine Albright to contain thousands of bodies, were nothing of the kind. The ICMP, billed as a new international organization, seemed to all intents to be the Muslim Commission for Missing Persons, an organization set up after Dayton by Bosnian Muslim leader Alija Izetbegovic, with an international supervisory board (always Chaired by an American) grafted on the top. Bosnian Muslims always comprised more than 90% of the workforce of the ICMP. Few would think it appropriate or acceptable for one warring faction to be used to investigate the actions of the other.

Second, the central premise underlying the ICMP's mass grave investigations was a dubious theory conceived by the ICTY's small investigation team. The theory was that, unbeknown to anyone, the Bosnian Serbs had carried out a huge cover-up operation between August November 1995 which had involved excavating the bodies of murdered Bosnian Muslims from their original graves, transporting them to other sites within the Srebrenica safe area and reburying them in the hope that they might not be discovered in the new graves. On the face it, this theory was risible. Excavating, transporting and reburying some 500 tons of human remains in mountainous territory at the end of a very hot summer was not something that could have been concealed from the many UN and intelligence personnel who remained in the area. Nor could it have been concealed from the US satellites and geostationary drones which Madeleine Albright had very publicly told the UN on 10 July 1995 that the US "will be watching" for anything of the kind. Nor would the exhausted Bosnian Serb army have found it at all easy to mount a covert operation of this kind, especially as they were desperately short of petrol.

A further compelling reason for suspicion was that, having achieved very few identifications in the first four years or so after the end of the Bosnian war, the ICMP suddenly began to make identifications at a rate never seen before or since. This was surprising for several reasons, not least the fact that, as there had been no population records for the wartime population of Srebrenica, the ICMP could only use the unscientific lists created when the Bosnian Muslim government urged people to come forward to report relatives missing. Since many Bosnian Muslims had been moved around throughout the war, few families would have had definite knowledge that their relatives had been in Srebrenica.

Finally, there has always been a problem about the numbers claimed to have been killed at Srebrenica. The Bosnian government had given a Srebrenica population figure of 42,000 to the UN as the basis for food supplies into the safe area. Such figures are invariably an overestimate. The consensus of the aid agencies was around 38,000. But the UN recorded 35,600 survivors of Srebrenica at Tuzla. A further 2,000 or so of the Bosnian Muslim soldiers in Srebrenica were seen by UN personnel safely behind Muslim lines near Tuzla before they were secretly redeployed to other parts of Bosnia. A further 750 Srebrenica survivors were recorded in Zepa, and around 1,000 escaped into Serbia. If 6,800 were massacred in Srebrenica, there would have to have been more than 45,000 people there when it fell to the Bosnian Serbs a far bigger figure than anyone had suggested.

In the investigation of Srebrenica, ICMP has functioned as an evidence gathering adjunct of the Tribunal. Why has it been exempted from the obligation to show to either the court or to the accused the physical evidence that its conclusions are allegedly based on? The attached ICMP Headquarters Agreement signed with Bosnia and Herzegovina contains the answer to that important question.

Related Topic(s): Bosnian War, Add Tags
Add to My Group(s)
Go To Commenting
The views expressed herein are the sole responsibility of the author and do not necessarily reflect those of this website or its editors.