This month, over twenty students enrolled in the "Dismantling Racism" class offered by St. Catherine University in Minnesota traveled to the San Francisco Bay Area. The class focused primarily on California's prisons and what anti-prison activists are doing to challenge the human-rights violations and racism endemic to California's infamous prison system.

Last week, the class was taken around on a Black Panther History Tour in Oakland and Berkeley, led by Billy X Jennings from It's About Time BPP Alumni & Legacy. Along with ongoing BPP history exhibits at the Alameda County Law Library in downtown Oakland and the window of Rasputin Music on Telegraph Avenue in Berkeley is a new photo exhibit running until February 28, entitled Louder Than Words, at La Peña Cultural Center (3105 Shattuck Avenue, Berkeley).     An important friend and ally of the International Coalition to Free the Angola 3, Billy X Jennings' work was previously spotlighted in an interview with Angola 3 News, entitled We Called Ourselves the Children of Malcolm.

The college class was co-led by Professor Nancy Heitzeg, of the Sociology and Critical Studies of Race and Ethnicity departments at St. Catherine University. Heitzeg was first featured in an interview with Angola 3 News about having taken a similar class on a tour at Angola State Prison in Louisiana, entitled Visiting a Modern-Day Slave Plantation. We have since done three more interviews with her: The Racialization of Crime and Punishment and Abolishing the Prison Industrial Complex (parts one and two). Heitzeg is also the editor and frequent contributor to the Criminal Injustice series at Critical Mass Progress, with her most recent articles focusing on Angola Prison & the broader Louisiana 'justice' system, as well as the January 26 protest at Chowchilla women's prison in central California.

Co-instructor William W. Smith IV is a juvenile correctional officer and community consultant on the prison-industrial complex & the school-to-prison pipeline. Following the tour, he told Angola 3 News that he thought "the tour was very well done, with lots of information. We were extremely lucky to have that opportunity to talk and walk with Billy X Jennings. I wish more young people could be exposed to this because it was truly powerful. This information can change your mind, and it can enhance your lifestyle. Race still matters in criminal justice and all things. This tour reminds us of events/stories they want us to forget. We will not turn our backs."

The Black Panther History tour with Billy X Jennings was an incredible experience. The discussion of the history at the site of key locations was very powerful... Students commented on how much they learned about this often hidden history; others noted how the tour undid the stereotypes and mis-education they had received about the Panthers from the mainstream. This was transformational for them.

As someone who was deeply influenced by the BPP vision at a very young age, this tour was invaluable. It was extraordinary to experience this living history through the words of Billy X. Much credit to the City of Oakland for acknowledging the legacy of the BPP through street signs and various public displays of the position of the Party and its many community programs. Certainly the living legacy of the BPP is continually expressed in a variety of programs -- breakfast programs for kids, community health clinics, and more -- they we now accept as a given. We all owe them a debt of gratitude and a place of honor in our history.

The BPP's early critique of capitalism, of police brutality, of racism/exclusion in the criminal injustice system is foundational for all those of us who continue to challenge what we now call the "prison-industrial complex". They were true visionaries whose call for a rainbow coalition, intersectionality, and community empowerment continues to guide our work. What We Want/What We Believe - including "land, bread, housing, education, clothing, justice and peace" - has not changed at all. 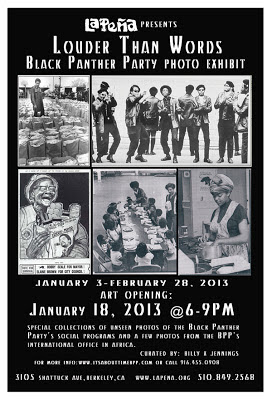 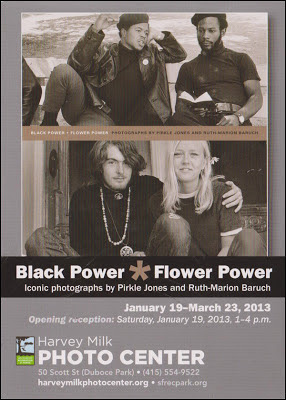 --Angola 3 News is a project of the International Coalition to Free the Angola 3. Our website is http://www.angola3news.com where we provide the latest news about the Angola 3. We are also creating our own media projects, which spotlight the issues central to the story of the Angola 3, like racism, repression, prisons, human rights, solitary confinement as torture, and more.