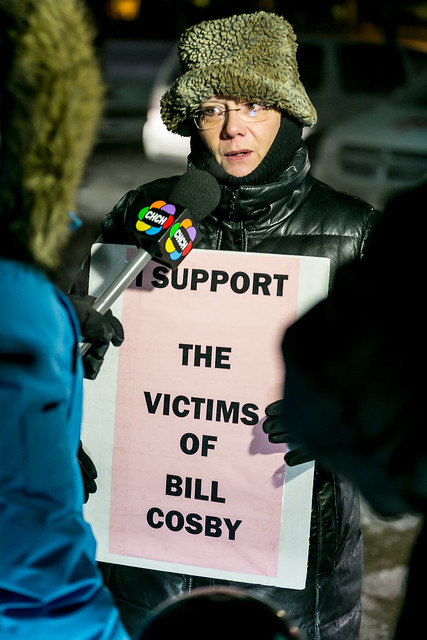 The words used the most to describe the Pennsylvania Supreme Court decision in the Bill Cosby appeal are "stunning" and "outrage". But as some legal commentators have observed it is apparently legally correct.

However, to view the decision as resting on a "legal technicality" is disingenuous to the historical purpose of judicial decisions that deal with constitutional rights and law-enforcement misconduct in the criminal-law context.


The court held, "that, when a prosecutor makes an unconditional promise of non-prosecution, and when the defendant relies upon that guarantee to the detriment of his constitutional right not to testify, the principle of fundamental fairness that undergirds due process of law in our criminal justice system demands that the promise be enforced." This holding is pretty straight forward, but it is not per se the public-policy discussion the court was sending a message to the criminal-justice system. In the very next paragraph the court observes: "Prosecutors are more than mere participants in our criminal justice system.... prosecutors inhabit three distinct and equally critical roles: they are officers of the court, advocates for victims, and administrators of justice.... prosecutors are duty-bound to pursue... equal and impartial justice and to serve the public interest. Their obligation is not merely to convict, but rather to seek justice within the bounds of the law."

Evaluating this ethical and fiduciary duty the court pointed to a United States Supreme Court decision that discussed the requirement to enforce plea-bargain promises made by a prosecutor that induce a defendant to plead guilty. Ultimately the court reasoned that "[t]he law is clear that, based upon their unique role in the criminal justice system, prosecutors generally are bound by their assurances, particularly when defendants rely to their detriment upon those guarantees."

Clearly the crux of the decision was the district attorney's conduct in making verbal and written promises to Cosby, even if the rules for granting immunity were not followed. This is not the first time in America's jurisprudence that sloppy conduct by law enforcement has been called out by a court and the remedy is to allow a guilty defendant to escape the consequences of his underlying criminal conduct.

Two examples that are generally well known by the public at large. First, evidence that is illegally obtained by law enforcement without a warrant or a legally sanctioned exception to obtaining a warrant are suppressed. In 1914 the United States Supreme court reached this conclusion in Weeks v. U.S. applying to federal prosecutions. In Weeks, illegally obtained evidence was suppressed and a rule was established that illegally obtained evidence would in the future be suppressed in federal cases. In 1961 Mapp v. Ohio, extending this rule to state prosecutions. Today these rules are in full force and effect as well as evidence considered to be "fruit of the poisonous tree". The second example is Miranda v. Arizona. Most Americans are well versed in knowing about getting "Miranda" warnings. However, other than law students and law-enforcement students, most people aren't aware that Miranda involved the appeal of four cases that were consolidated. The charges that resulted in convictions in these cases included the crimes of kidnapping and rape, robbery, and robbery and first-degree murder. While Miranda was retried and convicted without his confession, over the years countless defendants have escaped prosecution when there has been misconduct in obtaining statements or other pieces of evidence that have been suppressed. The crux of the public-policy underpinnings of these decisions was expressed in Mapp with the rationale that without excluding unconstitutionally obtained evidence, the rights expressed would be a mere form of words that would be without value.

The message to the criminal-justice system is to be professional and resist cutting corners. The courts want all key members of law enforcement to be well trained, professional and follow the rules.

Turning to the Cosby case the back-handed approach of the Pennsylvania Supreme Court towards the District Attorney is apparent. To paraphrase, "Mr D.A. you had a duty to the victim, defendant and the public to follow the rules when making a 'deal'. Even when you break those rules and act in a manner that could objectively be seen as unreasonable, because of your position any agreement you make with the defendant that he relies upon to his detriment, will be upheld."

Objectively, the conduct of the District Attorney was totally unreasonable. Obtaining the deposition of Bill Cosby did not have the value attributed to it by the District Attorney. Had the case proceeded to trial Cosby would have been faced with the dilemma of taking the fifth and leaving the allegations unrebutted by Cosby or taking the stand to assert his position that he did not drug women in order to abuse them. If he took the stand, his comments could be used against him in not only the civil case, but in a possible criminal prosecution. In that regard, the District Attorney did not really do any favors for the victim or for the state of Pennsylvania; to the contrary his actions were harmful to everyone except Bill Cosby.

Any District Attorney reading this opinion will need to reassess any urge to make a deal "off the books" with future defendants, especially high-profile defendants. Finally, while Bill Cosby is taking a "victory" lap he ignores the facts that he paid the victim 3.8 million dollars and spent three years in state prison. His reputation is trashed and the harm he has caused to his family is substantial. While the result of the opinion freed him from prison, the opening pages of the opinion lay out his despicable conduct in detail. Clearly, none of the members of the Pennsylvania Supreme Court believed for a second that Cosby was anything but guilty. The court had the luxury to free him after he served what is a normal sentence of three years (Cosby could have been paroled if he wasn't so arrogant and agreed to counseling for his sexual misconduct), and concentrate on the misconduct of the District Attorney and hopefully prevent future prosecutors from committing similar errors in judgment.

Related Topic(s): Bill Of Rights; Bill Of Rights Defense Commitee; Cosby-Bill; Crime; Criminal Convictions; Criminal Justice, Add Tags
Add to My Group(s)
Go To Commenting
The views expressed herein are the sole responsibility of the author and do not necessarily reflect those of this website or its editors.