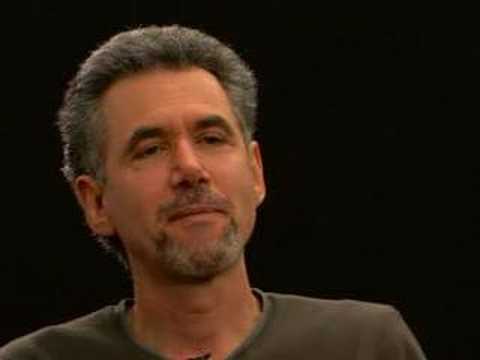 If you clicked this story, or have any desire to listen to the interview embedded within, odds are you're a consumer of independent media. Yet even as you're reading these words, your ability to do so in a timely manner is in grave jeopardy.

Since the repeal in June of Obama-era rules guaranteeing net neutrality, websites like Truthdig, Democracy Now!, Common Dreams and more risk being pushed into an internet slow lane that could severely hamper their readership, if not drive them out of business entirely. For Jeff Cohen, editor and co-founder of the media watchdog Fairness and Accuracy in Reporting (FAIR), it may be the most urgent threat to the First Amendment no one is talking about.

"The biggest issue of freedom of the press is not that Trump is mean to reporters, as he was last week with CNN's Jim Acosta and Yamiche Alcindor of "PBS NewsHour," he tells Robert Scheer. "The biggest freedom-of-the-press issue is that Trump is working with Comcast and AT&T and Verizon to end net neutrality. " Ownership of the media and the ownership of the internet, the fact that these big internet providers are [a] few giant companies that also produce content -- it's very, very dangerous."

In the latest installment of "Scheer Intelligence," Cohen plumbs a range of topics, including the myriad failures of our political press and the Blue Wave election that wasn't quite, as well as the future of the progressive movement. No matter how many congressional seats it ends up flipping, he contends, the Democratic Party is unlikely to change course until it replaces its leadership: "It's too indebted to the donor class. So they talk with mush in their mouths. 'We should have more accessibility to affordable housing' -- no! What's popular is 'Medicare for all.'"

Cohen also expounds on the larger mission of FAIR and the kind of counterweight it can provide to an increasingly monolithic media industry. "We set up FAIR because progressive points of view were excluded from mainstream media," he says. "Typically in mainstream media ... the spectrum went from the center to the right. So I spent decades trying to get the progressive view there."

Robert Scheer: Hi, this is Robert Scheer with another edition of Scheer Intelligence, where I hasten to add the intelligence comes from my guests. In this case, it's Jeff Cohen. I think I most recently had seen you in action at the Democratic Convention in Philadelphia, and you were organizing sort of a grassroots activity. Of course I've known you for years, you -- way back in the 1980s you started a group called FAIR, Fairness and Accuracy in Reporting, one of the major media watchdog organizations. And then more recently, in 2011, you organized RootsAction.org, and this very effective million and a half people who can push for progressive things. But the reason I wanted to talk to you is, I'm interviewing you the day after the midterm election, here at USC at the Annenberg School for Communication and Journalism. We had a lot of activity at the school, a lot of screens going all last night. Then everyone woke up this morning and not quite sure -- there certainly wasn't the blue wave, but there was blue impact; you get the House. And as I say, when I last saw you, it was a much more optimistic moment, in some sense, for progressives, but the tide was turning within the Democratic Party. And so take me back to the Philadelphia convention, and were you a Bernieite?

Jeff Cohen: I was a spokesperson for the Bernie Delegates Network, which was an independent group of -- that represented and networked most of the Bernie delegates; it was independent of the campaign. Were we more optimistic? Of course we were. Because even though there was the disappointment of Bernie not getting the nomination and the Clinton machine winning out, there was a sense for a while that Hillary Clinton, representing the corporate center, or the corporate liberals, would become president. The right wing would be totally divided and in disarray, because Trump had taken over, and if they had lost and lost big they would have been fighting each other. And there would have been this strong, organized left pushing on Hillary while the right is in disarray. That was the scenario that seemed possible in the summer of 2016. But what we learned last night, and what we learned back then, is that you can't beat Trump with nothing. You can't beat Trump by just saying, "Trump's an ogre." You have to have a program; you have to have a program that excites people. You have to have a program that excites your base, which is young people, people of color, and is sellable to working-class whites. And Bernie Sanders had that program; I've just finished a documentary where we interviewed union workers, former union workers in Youngstown, Ohio. Voted for Obama twice, voted for Bernie over Hillary in the 2016 primary, and then voted for Trump. And there's lots of those people.

So, what's so disappointing about last night -- and you say, was it a blue wave; it was like a blue trickle, or a blue ripple. It should have been a blue wave, but the only way you can have a blue wave is if the party stands for something. And the party has to stand for the progressive agenda that will be able to forge a multiracial alliance that can win elections, in middle-class districts, in working-class districts. We don't have that, because of the leadership of the Democratic Party. It's too indebted to the donor class. So they talk with mush in their mouths: "We should have more accessibility to affordable housing" -- no! What's popular is Medicare-for-all. A recent Pew poll showed that 51 percent of Republicans are for Medicare-for-all. Free, public college education, and pay for it by a transaction tax on Wall Street. The progressive domestic agenda -- and I've just written a report on this with other people from RootsAction -- it's extremely popular, not just with progressives! It's popular with people across the board. But the Democrats don't put that agenda forward, and that's why we had a trickle instead of a wave.

RS: OK. But let me just ask, get back to basics here. And I want to establish your credentials here.

Related Topic(s): Comcast; Democracy; Democrats; Free Speech; Freedom Of Speech; Freedom Of The Press; Internet; Issues; Websites, Add Tags
Add to My Group(s)
Go To Commenting
The views expressed herein are the sole responsibility of the author and do not necessarily reflect those of this website or its editors.