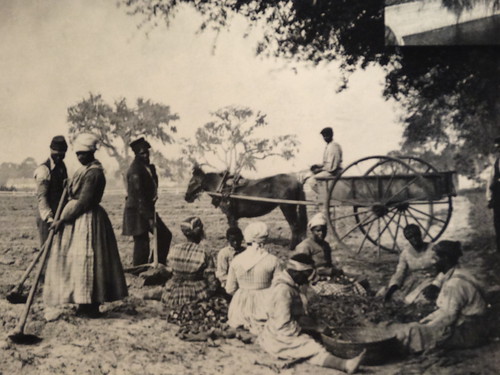 European Left-wing political scientists find difficult to understand that the colonial contradiction is at the heart of our present, they think it's a conceptual error, something anachronistic, that the joyful postmodernity - the one that delivers their Macs to them at home - has gone beyond all that, and that Trump or Bolsonaro are racist accidents of History, or of the « free world ». It's just the opposite. Under the advertising varnish of capitalist globalization, the deep History of our world has never disappeared, it has even come back to the surface, even stronger. The revolt that is happening in the United States is the same one that founds the resistance of the Venezuelan people."
Thierry Deronne, Algeria Resistance Mohsen Abdelmoumen's blog 2020

"Everyone is a philosopher, though in his own way and unconsciously, since even in the slightest manifestation of any intellectual activity whatever, in 'language', there is contained a specific conception of the world, one then moves on to the second level, which is that of awareness and criticism."
Antonio Gramsci, Prison Notebooks

Three of the four police officers involved in the murder of George Floyd were previously employed as stock boys by TARGET and Home Depot, and two had worked at McDonalds. One stocked for a grocery store. One didn't graduate high school. In other words these were economically part of that large temp minimum wage workforce that is now increasingly unemployed.

The fourth, officer Kueng, whose file was redacted, was apparently more middle class, from a nice family and who graduated with some distinction from his high school. It's interesting, first off, why his file was redacted.

But one of them had served in the military, Derek Chauvin, the man now charged with the murder. Chauvin also had 17 complaints filed against him for excessive force before he kneeled on George Floyd's neck.

There are a couple things to consider here. One is why these men are not on the side of the people they abuse (and murder)? The answer is multifold. One is a culture of machismo and violence that saturates American society. Another is that the United States was a slave owning nation where twelve presidents owned slaves.

Racism and Calvinist and Puritan values have never left this society. And it was founded (and its in the constitution) as an unequal and anti democratic republic. Owners of property were established as privileged. And so it has continued. But it also the allure of the uniform. Now it's understandable that being a cop and being handed a gun and impunity to harass and abuse the public is preferable to flipping burgers. One job is utter humiliation while the other is validated as heroic by popular culture.

Domestic police departments tend to hire military veterans before those without military service.

Related Topic(s): Killing; Police; Racism, Add Tags
Add to My Group(s)
Go To Commenting
The views expressed herein are the sole responsibility of the author and do not necessarily reflect those of this website or its editors.