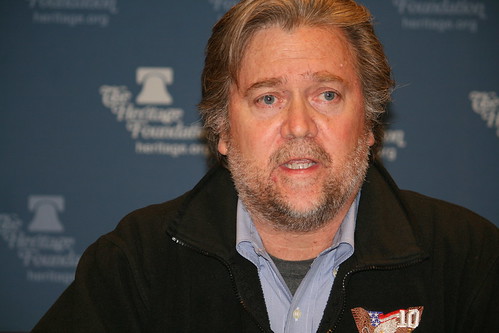 Why did President Donald Trump fire off an angry and threatening tweet early Thursday morning following the violent protests that had broken out the night before on UC Berkeley campus? Here's a copy of Trump's tweet:

"If U.C. Berkeley does not allow free speech and practices violence on innocent people with a different point of view -- NO FEDERAL FUNDS?"

Maybe the impulsive President was just angry that a controversial, rightwing speaker like Milo Yiannopoulos was unable to deliver his presentation because masked agitators began to rampage across the campus breaking windows, burning signs and wreaking havoc. That's certainly one possibility, but there are other more intriguing explanations that seem equally likely.

Consider this: Like most Americans, Trump knows that these anarchist groups show up routinely at peaceful demonstrations with the intention of raising hell and discrediting the groups that peacefully assemble to express their opinion on one issue or another. In this case, the protestors had gathered in opposition to a man who seemingly advocates religious intolerance and Islamophobia. Trump was well aware of this.

He also knew that the UC Berkeley Chancellor and his staff did everything in their power to provide security to both the speaker and the groups that had gathered for the event. Check out this excerpt from an article at Bloomberg:

"Some advocates for universities and education said they were surprised by Trump's tweet...

"'I have never seen anything like this,' said John Walda, president of the National Association of College and Business Officers. 'Why would you infer that you want to punish a university' when it was only trying to protect people. The university 'did exactly the right thing,' he said...

"The university said Chancellor Nicholas Dirks had made clear that Yiannopoulos' 'views, tactics and rhetoric are profoundly contrary to those of the campus,' but that the university is committed to 'enabling of free expression across the full spectrum of opinion and perspective' and condemned the violence.

So if the Chancellor had already gone the extra mile to protect free speech, then why did Trump decide to lower the boom on him? Was he genuinely angry with the Chancellor's performance or did he interject himself for political reasons? In other words, how did Trump stand to benefit from getting involved in this mess?

Isn't his tweet crafted to win support from his red state base who identify Berkeley with the erratic behavior of the "loony left" that burn flags, spit on veterans, and hate America? Isn't it designed to discredit the millions of liberal and progressive protesters who have peacefully participated in pro-immigration demonstrations or anti-Trump marches across the country? Isn't Trump's interference intended to make him look like a strong, decisive leader willing to defend free speech against hypocritical leftists thugs who violently oppose anyone who doesn't share their narrow "librul" point of view. Isn't the action part of a broader plan to reinforce a stereotypical view of liberals as sandal clad, fist pumping, Marxist firebrands who want to burn down the country so they can create their own Soviet Utopia?

Isn't this really why Trump decided to parachute into the event, to enlarge and polish his own image while exacerbating existing political divisions within the country?

Trump's reaction to the incident in Berkeley is worth paying attention to if only to grasp that --what we are seeing-- is not the random act of an impulsive man, but a governing style that requires an identifiable threat to domestic security, "the left." A divisive president only prevails when the country is divided, when Americans are at each others throats and split between Sunni and Shia. That's the goal, driving a wedge between people of differing views, exacerbating historic animosities in order to enhance the authority of the executive and usurp greater control over the levers of state power.

Once again, we're not excluding the possibility that Trump's tweet may have been a "one off" by an impulsive man but, by the same token, it might be an indication of something more serious altogether.

Related Topic(s): Berkeley Protest; Donald Trump; Steve Bannon; Tweet, Add Tags
Add to My Group(s)
Go To Commenting
The views expressed herein are the sole responsibility of the author and do not necessarily reflect those of this website or its editors.