The Beginning of the Universe, Part 1 of 3 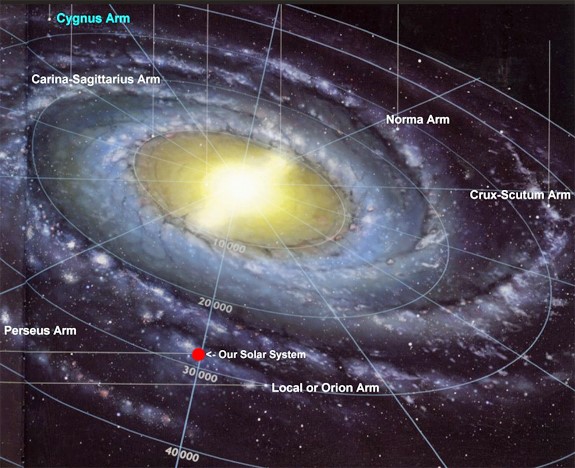 The position of our Solar System in the interstellar Milky Way Galaxy
(Image by Dr. Ahreeman)   Details   DMCA

You are about to embark on a scientific and philosophical journey about the beginning of the universe. This article presents the hypothetical belief that "Everything Has a Beginning - Even the Universe." This belief has evolved after learning from some of the foremost physicists, scientists, and philosophers who expanded an understanding of consciousness as an inherent force and that energy exists in space. With findings in quantum physics over the last decade, they were able to contribute to the greatest technological discoveries of our era, antigravity and zero-point energy. How the discovery of zero-point energy came about and that its commercial application will not only improve the quality of life for all people in every country and allow mankind to travel into interstellar space, but it will eliminate pollution on earth and resolve the looming threat of climate change.

To present how we can achieve the above benefits would require several pages, too long to digest for an article. Which is why The Beginning of the Universe will be presented as a three-part series titled:

Part 1 of 3 - Does Consciousness Pervade the Universe?

Part 2 of 3 - The Fundamental Block of Matter, and

Part 3 of 3 - Disclose Zero-Point Energy for the Benefit of Mankind.

Does Consciousness Pervade the Universe?

Consciousness is normally associated with the thinking process in human beings, but it has gained another perspective as being associated with the creative force of matter. Man has used his conscious mind to think about the world around him and if there was some supernatural force that created the heavens and earth. This consciousness led man to think who was God and where did He come from? The efforts by religious scholars and Egyptologists surfaced when mankind first believed God as the Maker of all that is. It was the Egyptian Priesthood of Amon that documented this belief in a hymn titled, Amon As the Sole God 1 . Revered and worshipped 2,000 years before the birth of Jesus Christ, believers in God announce his name "Amen" at the end of a prayer, supplication, expression of thanks and praise, and even today sing "Amen, Amen, Amen" in reverent tones.

This conception of Amon as being the Maker of all there was a result of man's ability to think of his relationship to an eternal force and his mortality. But man's curiosity about God made him venture further among the stars and he began to wonder how did the universe begin? Such contemplation led philosophers and scientists to explore if consciousness pervades the universe. The author's research into quantum physics surfaced the hypothetical idea that the unique positive and negative energy forces of an atom, which can coalesce into inorganic and organic matter, may have an inherent consciousness that tries to reveal itself. To pursue consciousness as existing in all organic matter, the reader may refer to an OpEdNews article titled, Does Consciousness Pervade the Universe? by going Here.

The objectives of my books are to inform and educate people to understand how mankind came to conceive a God that has influenced the development of the Judaic, Christian and Islamic religions. But my thinking ability also ventures into the (more...)

Related Topic(s): Amen; Beginning Of The Universe; Change; Energy; Energy; Future; God; Matter; Nicholas Ginex; Particle Physics; (more...) Perspective; Pollution; Stars; Thinking; Universe, Add Tags  (less...)
Add to My Group(s)
Go To Commenting
The views expressed herein are the sole responsibility of the author and do not necessarily reflect those of this website or its editors.

Islam Objective is to Dominate the World

Does Consciousness Prevade the Universe?

AMEN, The Beginning of the Creation of God

The Qur'an is the Source of Discontent in Many Countries

Indoctrination of the Muslim Mind