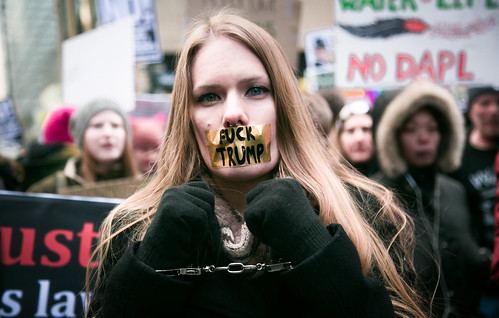 "Chadbourne Prufrock walked to the gallows, tossing likenesses of himself, embossed in the cheap tin foil wrapping of large chocolate coins, to the rumbling, cheering and moaning crowd -- many yet admired and worshiped him. If he was afraid or even truly conscious of what was about to befall him he didn't show it. Many speculated that his gargantuan ego would carry on, in some malevolent form even as he finally hung, neck broken and his ridiculously expensive trousers soiled -- a grinning, petulant beast.

Loudly ascending the rough pine steps, pounding the boards, providing the drumlike crescendo to his own end, he winked at each and every official on the scaffold, blowing a kiss to the hangman. The Presbyterian minister, whispered into his neighbor's ear, "Look at him, for him there is no God, there is no world, there is no end, there is only him."

Mayor Clancy admonished the crowd, "Be quiet, dammit, and no throwin' bottles nor rocks at the prisoner, and no spittin', it may not make it's target and possibly strike a sweet lady or child. On this day Chadbourne Prufrock will be hanged by the neck until dead for numerous and sore grand egregious crimes of moral turpitude against this territory and its proud citizens. Constable Delaney will now explain the meanin' of the charge."

"Ladies and gentleman, Moral Turpitude is talk used in Criminal Law to describe the actin' of perpetrators that is completely agin a community's feelings on justice, honesty, and good morals. Crimes bein' of moral turpitude have a natural kind of meanness, vileness and depravity, with a understandin' of a person's duty to fellow citizens and to society, all of it," announced Constable Delaney.

Chadbourne Prufrock grinned at the Hangman, then shouted out to the crowd, leaning into the black hooded fellow "This ugly little man, he smells like a Chinaman's outhouse!" Many in the crowd shouted and demonstrated with glee, waving their red kerchiefs, as they had done many times before as he traveled the countryside..." From "The Barren Plains of Depravity, A Western Morality Play" By Franklin Cincinnatus

Related Topic(s): Conservatives; Donald Trump; Huckster; Morality Morals; Republican; Story, Add Tags
Add to My Group(s)
Go To Commenting
The views expressed herein are the sole responsibility of the author and do not necessarily reflect those of this website or its editors.