Back in September I began my first column on Trump and his 'Art of the Con' thusly:

"A variety of words have been used to describe Donald Trump and Trump's White House/Presidency. They are being used with increasing frequency as various 'inside the White House' books, like those of Bob Woodward and Michael Wolff, and also 'pretty close to Trump' books, have come out. Among them are: 'deranged,' 'unhinged,' 'chaotic,' 'crazy,' 'bordering on senile,' and 'mad.' Trump is often described as 'uncontrolled and uncontrollable.' Now it may be true that he is really off-the-wall doing a combination of meandering through and charging through his Presidency without much direction other than 'responding to his base.' Certainly, from time-to-time I have thought so. But the more I have watched what this man has actually accomplished, the less I think that he is just lurching through it all, and the more I think that he knows exactly what he is doing (at least most of the time). That is, my answer now to the question I raised in the title of this column, that is, "Is There a Method to His Madness?" is 'yes.' And here's why.

"Trump has a particular way of acting, very well known to everyone, that all started in the way he was brought up, particularly by his father (and I am not about to say here anything that any objective observer doesn't already know). He is a bully. He is poorly educated and doesn't care that he is. He is highly opinionated, without too much dependence on fact for his opinions. He is a racist from his youth. He is a faker/liar from the beginning. And so on and so forth."

One thing that I didn't point out in that column is that, using his highly-mastered Art of the Con, Trump always managed to win whatever was the current battle in which he was engaged. Or at least he managed to convince himself that he had won. Then he was able to project whatever "winning" was at the time onto both his public- and self-image. This was because his losses never seemed to really cost him, or at least cost him much. With the Atlantic City Casino bankruptcies apparently he actually made money, personally. When U.S. banks stopped lending him money in the 1990s, he was apparently able to turn to Deutsche Bank, and then, if one of his sons is to be believed, "the Russians." Various other business failures, like the Trump Plaza hotel in New York City or Trump Airlines, he was able to just wave off. And often, he was somehow or other able to present them to that part of the public that was interested in such things as "wins." The Art of the Con, absolutely mastered by Trump, always seemed to work. As I said in that earlier column, "completely unqualified in any conventional sense for the job, he conned his way into the most powerful position on Earth." 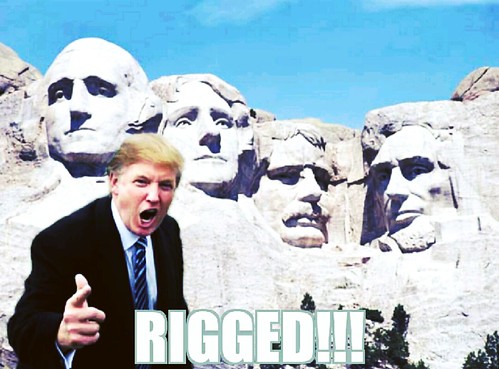 Then, once in the Presidency, in policy matters that really counted, at least to his backers in the Republican Party and their massive funders, and the Christian Right, he also won: tax cuts for the rich and the large corporations; far right-wing judges emplaced at all levels of the Federal bench; massive deregulation at the Federal level; and the accompanying Bannonite "Deconstruction of the [Federal] Administrative State." Further, when Trump found that he could do something without involving the Congress, Repub. as it was, he did it: e.g., tariffs, trade wars, dumping the Iran Deal and the Paris Climate Change Agreements, immigration policy (and its accompanying florid racism). From the perspective of Trump and the Trumpites in the government and in his base, there were "wins," whether real or not, whether in the long-term interests of the nation (at least of its ruling class), or not. Just like he has always done.

But now comes the first real loss of Trump's career, that is a loss that he can no way in reality make into a win, no matter how hard he tries. Yes indeed, the Democrats have control of the House of Representatives and all the powers that go with it. It is going to be fascinating to see how the man handles it. What he has done so far gives some indication of how he will do that. First, when it appeared that the Repubs. had added a significant number of seats to their Senate majority, he claimed that he had "won" the election. But that lead has shrunk, and pending whether the out-and-out racist Repub. Senator in Mississippi wins the run-off there or not, it may shrink further. As for the House, as the magnitude of the Democratic win becomes ever-larger, both in number of seats and in percentage of votes, the subject has faded from Trump-sight.

In the final month or so of the campaign, Trump had made the 2018 mid-terms into a referendum on himself. Of course he knows that racism won it for him in 2016, and with the "Caravan" he pulled out all the racist (and xenophobic) stops once again. But it didn't work this time around. He lost. For the first time in his life, The Con didn't work. He was not the Great Donald Trump who always won (even when he, in reality, lost).

He still has the Senate, and with Mitch McConnell controlling things the Repub. majority will almost certainly be as craven as ever. But then there is the House, all those Committees, armed with the subpoena power and raring to go. There is still "Mueller." There are still his tax returns, and with the Dems. in charge in the House "under audit" will no longer going to work. (Of course, he and his attorneys will try very hard to come up with something else.) There are still what Putin and Saud have on him. And believe me (as Trump likes to say when he is clearly lying, but I don't use the phrase that way), that they do is the ONLY way to explain Trump's cravenness towards both. As I and many other observes have been saying for the past two years, the ring around his neck is gradually tightening.

But now he knows it. Indeed, for the first time ever, as I said above, The Con didn't work. And so, what to do? Well, we are seeing some of it already. He has put a toady at Justice, and if Whitaker does want to take the risk of exposing himself to eventual prosecution for obstruction of justice, he can do much to do just that, from shutting down "Mueller" to fighting every single subpoena that comes to any branch of the Federal government and the Office of the President from any House Committee. Trump can order his people, including his children, not to testify, and let the relevant committees try to get contempt decisions in the Courts. Trump can go on rampage after rampage, in order to, as he has always done, create his own WMD: Weapons of Mass Distraction. He can intensify the totally unnecessary conflict with China (unnecessary, that is, except for Trump's political purposes). Why he is getting so desperate that he is reportedly even ragging on Sean Hannity.

And then there are his evermore open moves in the direction of attempting to establish what I have called a "21st Century Functional Fascist" state. For example, he is intensifying his attacks on the two institutions that Adolf Hitler stated over and over again were the major impediments to the establishment of the Nazi dictatorship: the free press (in the bourgeois democratic sense) --- what Hitler called "Die Luegen Presse" -- the Lying Press (sound familiar?), and the independent judiciary (independent also in the bourgeois democratic sense), which Hitler managed to destroy within less than two months after taking power under the Enabling Act on March 23, 1933. The former has been well underway since the Presidential Campaign. The latter has gone on in fits and starts. But now none other than that Republican-rightist Chief Justice of the Supreme Court, John Roberts, has told us that the latter is on in earnest as well. These are two of the major obstacles to Trump's attempting to seize dictatorial powers (with the aid of Mitch McConnell, "Constitutionally," of course). 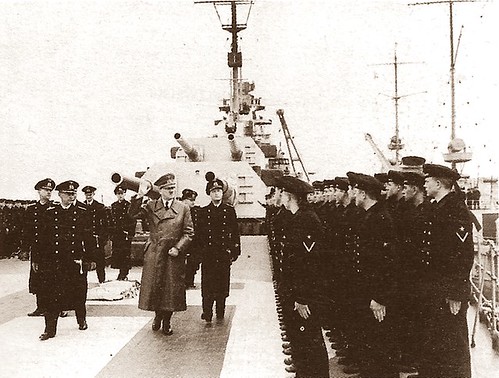 Plus, in the fascist manner, Trump is now demanding that two of his principal political enemies, Hillary Clinton and James Comey, be prosecuted for one or more "crimes," as Trump would define them. Hitler of course started just locking up political enemies the night after he was appointed Chancellor of Germany, January 30, 1933, and then started just plain killing them on the Night of the Long Knives, June 30, 1934. "Oh no," you might say, "Trump wouldn't do that!!" If you did, you would be in accord with Ernst Thaelmann, the head of the Kommunist Partei Deutschland, (KPD) who before Hitler took power famously said words to the effect of, "If that joker becomes Chancellor, in a couple of months it will be our turn." We all know how that turned out. Trump is a 21st century Functional Fascist, folks. Make no mistake about that.

And why, in sum, is he really barreling along in that direction? The Art of the Con finally did not work for Trump. He is now heading into a real battle, for his political future, his business future, his money (however much of it he really has) and possibly even his personal freedom. A major role is going to be played by the U.S. Supreme Court, when all of those Trump-rejected Congressional subpoenas come before it for adjudication. Wouldn't it be one of the maximum ironies of U.S. history if the classic Republican-Rightist, Chief Justice John Roberts, becomes the swing vote in condemning History's-Greatest-Con-Man, the man who played the historical Republican Rightward Imperative right out into the open for all to see, to the political, personal, and historical fate that he truly deserves?

Steven Jonas, MD, MPH, MS is a Professor Emeritus of Preventive Medicine at StonyBrookMedicine (NY) and author/co-author/editor/co-editor of over 35 books. In addition to his position on OpEdNews as a "Trusted Author," he is a Senior Editor, (more...)
Related Topic(s): Distraction; Election; Fascism; Fascism Has Happened Here; Fascist; Government; History; Hitler; Joker; Judiciary; (more...) McConnell; Referendum; Subpoena, Add Tags  (less...)
Add to My Group(s)
Go To Commenting
The views expressed herein are the sole responsibility of the author and do not necessarily reflect those of this website or its editors.