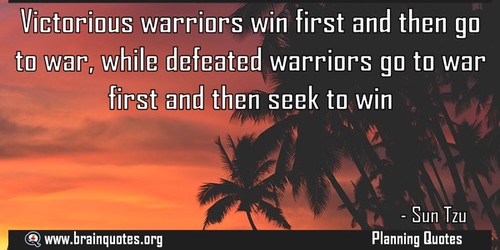 This system understands that fast money is parasitical and acts in direct opposition to the long-term investments required for projects that will revolutionise a nation's infrastructure, including science-driver programs.

Sun Tzu's The Art of War is one of the most influential books written on military strategy and philosophy. This is not confined to just Asians but Europeans and Americans alike have attempted to study The Art of War hoping its wisdom would be revealed to them.

However, it is clear with how the western intergovernmental military alliance, known as NATO, has chosen to conduct itself since its inception in 1949, that western understanding of long-term military strategy has left much to be desired.

The largest folly they continue to commit is that they think that it is through stubborn force and intimidation that one gets their way. True one may be successful to a certain extent using mainly force, one may achieve that assassination of a key figure, one may convince the people that their ally is their foe, and one may get that regime-change they were hoping for, but these have all proven themselves temporary orientations in the long-term scheme of things. One reason for this is that the truth almost always eventually comes out.

It is a very tiring strategy one has to admit, to be always using stubborn force, and despite all this force that one is constantly applying to the subject they wish to bend it never quite behaves as one commands it to, at least not for very long.

Despite this strategy being the most inefficient and energy intensive, that has not deterred imperialists from mulishly using it over and over again. The world has been an unbending subject to such a strategy since Churchill's announcement of the Iron Curtain in 1946. That is, the world has been subject to an ongoing cold war for 74 years.

However, this seemingly never ending war has been a complete failure.

Russia, China and India are much stronger in every way than they were in 1946, despite all efforts to prevent this, and have become veritable leaders in the world. The world population in 1946 was roughly 2.5 billion people. No doubt there was the thought that if war continued as it did during WWII (which caused roughly 85 million deaths), that with a few more rounds of those kind of numbers, the 'subject lands' would be nicely culled and obedient to their masters. Instead we have seen the world population increase to 7.8 billion people, most of this growth occurring in the so-called 'subject lands'.

Despite all the havoc and destruction, force has most clearly shown itself not to be the most powerful tool in weakening the 'enemy'.

So what went wrong with a military strategy that seemed impossible to lose?

You must know yourself before you can know the 'enemy'

Despite the ridiculous amount of money that has been poured into the beast-man, otherwise known as the military industrial complex, the west is increasingly finding itself growing weaker and weaker against its said 'enemy'.

So what are the 'good guys' doing wrong?

Ironically, while the west has been obsessively fantasising over all the things they relish doing to Russia and China when they have finally won this war, Russia and China have decided to actually focus on cooperation and the improvement of their nation states.

Related Topic(s): 21st Century American Warfare, Add Tags
Add to My Group(s)
Go To Commenting
The views expressed herein are the sole responsibility of the author and do not necessarily reflect those of this website or its editors.