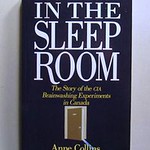 In the 1920s, the influential American intellectual Walter Lippman argued that the average person was incapable of seeing or understanding the world clearly and needed to be guided by experts behind the social curtain. In a number of books he laid out the theoretical foundations for the practical work of Edward Bernays, who developed "public relations" (aka propaganda) to carry out this task for the ruling elites. Bernays had honed his skills while working as a propagandist for the United States during World War I, and after the war he set himself up as a public relations counselor in New York City.

There is a fascinating exchange at the beginning of Adam Curtis's documentary, The Century of Self, where Bernays, then nearly 100 years old but still very sharp, reveals his manipulative mindset and that of so many of those who have followed in his wake. He says the reason he couldn't call his new business "propaganda" was because the Germans had given propaganda a "bad name," and so he came up with the euphemism "public relations." He then adds that "if you could use it [i.e. propaganda] for war, you certainly could use it for peace." Of course, he never used PR for peace but just to manipulate public opinion (he helped engineer the CIA coup against the democratically elected Arbenz government in Guatemala in 1954 with fake news broadcasts). He says "the Germans gave propaganda a bad name," not Bernays and the United States with their vast campaign of lies, mainly aimed at the American people to get their support for going to a war they opposed (think weapons of mass destruction). He sounds proud of his war propaganda work that resounded to his credit since it led to support for the "war to end all wars" and subsequently to a hit movie about WWI , Yankee Doodle Dandy, made in 1942 to promote another war, since the first one somehow didn't achieve its lofty goal.

As Bernays has said in his book , Propaganda, "The American motion picture is the greatest unconscious carrier of propaganda in the world today."

He was a propagandist to the end. I suspect most viewers of the film are taken in by these softly spoken words of an old man sipping a glass of wine at a dinner table with a woman who is asking him questions. I have shown this film to hundreds of students and none has noticed his legerdemain. It is an example of the sort of hocus-pocus I will be getting to shortly, the sly insertion into seemingly liberal or matter-of-fact commentary of statements that imply a different story. The placement of convincing or confusing disingenuous ingredients into a truth sandwich for Bernays knew that the bread of truth is essential to conceal untruth.

In the following years, Bernays, Lippman, and their ilk were joined by social "scientists," psychologists, and sundry others intent on making a sham out of the idea of democracy by developing strategies and techniques for the engineering of social consensus consonant with the wishes of the ruling classes . Their techniques of propaganda developed exponentially with the development of technology, the creation of the CIA, its infiltration of all the major media, and that agency's courting of what the CIA official Cord Meyer called in the 1950s "the compatible left," having already had the right in its pocket. Today most people are, as is said, "wired," and they get their information from the electronic media that is mostly controlled by giant corporations in cahoots with government propagandists. Ask yourself: Has the power of the oligarchic, permanent warfare state with its propaganda and spy networks increased or decreased over your lifetime. The answer is obvious: the average people that Lippman and Bernays trashed are losing and the ruling elites are winning.

This is not just because powerful propagandists are good at controlling so-called "average" people's thinking, but, perhaps more importantly, because they are also adept probably more so at confusing or directing the thinking of those who consider themselves above average, those who still might read a book or two or have the concentration to read multiple articles that offer different perspectives on a topic. This is what some call the professional and intellectual classes, perhaps 15-20 % of the population, most of whom are not the ruling elites but their employees and sometimes their mouthpieces. It is this segment of the population that considers itself "informed," but the information they imbibe is often sprinkled with bits of misdirection, both intentional and not, that beclouds their understanding of important public matters but leaves them with the false impression that they are in the know.

Recently I have noticed a group of interconnected examples of how this group of the population that exerts influence incommensurate with their numbers has contributed to the blurring of lines between fact and fiction. Within this group there are opinion makers who are often journalists, writers, and cultural producers of some sort or other, and then the larger number of the intellectual or schooled class who follow their opinions. This second group then passes on their received opinions to those who look up to them.

There is a notorious propaganda outfit called Bellingcat, started by an unemployed Englishman named Eliot Higgins, that has been funded by The Atlantic Council, a think-tank with deep ties to the U.S. government, NATO, war manufacturers, and their allies, and the National Endowment for Democracy (NED), another infamous U.S. front organization heavily involved in so-called color revolution regime change operations all around the world, that has just won the International Emmy Award for best documentary. The film with the Orwellian title, Bellingcat: Truth in a Post-Truth World, received its Emmy at a recent ceremony in New York City. Bellingcat is an alleged group of amateur on-line researchers who have spent years shilling for the U.S. instigated war against the Syrian government, blaming the Douma chemical attack and others on the Assad government, and for the anti-Russian propaganda connected to, among other things, the Skripal poisoning case in England, and the downing of flight MH17 plane in Ukraine. It has been lauded by the corporate mainstream media in the west. Its support for the equally fraudulent White Helmets (also funded by the US and the UK) in Syria has also been praised by the western corporate media while being dissected as propaganda by many excellent independent journalists such as Eva Bartlett, Vanessa Beeley, Catte Black, among others. It's had its work skewered by the likes of Seymour Hersh and MIT professor Theodore Postol, and its US government connections pointed out by many others, including Ben Norton and Max Blumenthal at The Gray Zone. And now we have the mainstream media's wall of silence on the leaks from the Organization for the Prohibition on Chemical Weapons (OPCW) concerning the Douma chemical attack and the doctoring of their report that led to the illegal U.S. bombing of Syria in the spring of 2018. Bellingcat was at the forefront of providing justification for such bombing, and now the journalists Peter Hitchens, Tareq Harrad (who recently resigned from Newsweek after accusing the publication of suppressing his revelations about the OPCW scandal) and others are fighting an uphill battle to get the truth out.

Yet Bellingcat: Truth in a Post-Truth World won the Emmy, fulfilling Bernays' point about films being the greatest unconscious carriers of propaganda in the world today.

Who presented the Emmy Award to the film makers, but none other than the rebel journalist Chris Hedges. Why he did so, I don't know. But that he did so clearly sends a message to those who follow his work and trust him that it's okay to give a major cultural award to a propaganda outfit. But then, perhaps he doesn't consider Bellingcat to be that.

Nor, one presumes, does The Intercept, the billionaire Pierre Omidyar owned publication associated with Glen Greenwald and Jeremy Scahill, and also read by many progressive-minded people. The Intercept that earlier this yeardisbanded the small team that was tasked with reviewing and releasing more of the massive trove of documents they received from Edward Snowden six years ago, a minute number of which have ever been released or probably ever will be. As Whitney Webb pointed out, last year The Intercept hosted a workshop for Bellingcat. She wrote:

"The Intercept, along with its parent company First Look Media,recently hosted a workshop for pro-war, Google-funded organization Bellingcat in New York. The workshop, which cost $2,500 per person to attend and lasted five days, aimed to instruct participants in how to perform investigations using 'open source' tools with Bellingcat's past, controversial investigations for use as case studies"Thus, while The Intercept has long publicly promoted itself as an anti-interventionist and progressive media outlet, it is becoming clearer that largely thanks to its ties to Omidyar it is increasingly an organization that has more in common with Bellingcat, a group that launders NATO and U.S. propaganda and disguises it as 'independent' and 'investigative journalism.'"

Then we have Jefferson Morley, the editor of T he Deep State, former Washington Post journalist, and JFK assassination researcher, who has written a praiseworthy review of the Bellingcat film and who supports Bellingcat. "In my experience, Bellingcat is credible," he writes in an Alternet article, "Bellingcat documentary has the pace and plot of a thriller."

Morley has also just written an article for Counterpunch "Why the Douma Chemical Attack Wasn't a 'Managed Massacre'" in which he disputes the claim that the April 7, 2018 attack in the Damascus suburb was a false flag operation carried out by Assad's opponents. "I do not see any evidence proving that Douma was a false flag incident," he writes in this article that is written in a style that leaves one guessing as to what exactly he is saying. It sounds convincing unless one concentrates, and then his double messages emerge. Yet it is the kind of article that certain "sophisticated" left-wing readers might read and feel is insightful. But then Morley, who has written considerably about the CIA, edits a website that advertises itself as "the thinking person's portal to the world of secret government," and recently had an exchange with former CIA Director John Brennan where "Brennan put a friendly finger on my chest," said in February 2017, less than a month after Trump was sworn in as president, that:

"With a docile Republican majority in Congress and a demoralized Democratic Party in opposition, the leaders of the Deep State are the mostperhaps the onlycredible check in Washington on what Senator Bob Corker (R-Tenn.) calls Trump's 'wrecking ball presidency.'"

Educated in the classics, philosophy, literature, theology, and sociology, I am a former professor of sociology. My writing on varied topics has appeared widely over many years. I write as a public intellectual for the general public, not (more...)
Related Topic(s): CIA; Controlled Media; Hypnosis; Mind Control; Propaganda; Truth, Add Tags
Add to My Group(s)
Go To Commenting
The views expressed herein are the sole responsibility of the author and do not necessarily reflect those of this website or its editors.