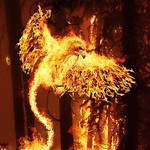 The American Herald Tribune (AHT) is back. We escaped the treacherous wrath of notorious thought police agencies including the US Department of Justice, the FBI, the CIA as well as a few of their media front operations including CNN, the Washington Post, and Bloomberg News. With a slip and a slide and a pirouette or two we danced out of the clutches of the US Dark State and re-emerged at .ca, ahtribune.ca.

There are many very strange and menacing things going on with the Justin Trudeau government in my home country. Nevertheless, the sovereign status of the Crown Dominion to the north of the US republic is providing asylum for our worthy and righteous social media projects. We look forward to continuing and building upon what we started five years ago.

We bring together authors and readers around the world who share the conviction that we want to engage in the cause of justice through public education, the kind of education that only genuine investigative journalism can bring. By pursuing this mission we are offering the public one of a dwindling number of alternatives to the kind of mind rotting propaganda that has become the stock and trade of most of the Zionist directed Western media cartels.

A song rooted in the genocidal oppression of Gaza helped give us inspiration not to give up. The oppressors of Gaza have their home address in Israel. But this crime against humanity has many backers, participants, and accomplices throughout the West. These include the government of Canada under Justin Trudeau. Since the so-called Deal of the Century and then the Abraham Accord, the genocidaires of Gaza also include several Arab countries plus their notorious crime families.

Michael Heart describes his "song of hope for the Palestinians of Gaza." Right from the heart, the declaration is made

We will not go down in the Night,

You can burn up our mosques, and our homes and our schools,

But Our Spirit will never die,

We will not go down,

We need our mosques and our churches and our synagogues. We need our homes and our schools. And we also need digital means of communicating across the globe. No country or people should be excluded. We must stand up against the theft of the Internet by corporate leviathans who are trying to protect the culprits committing many crimes against humanity, including the despoliation of Palestinian people in Gaza.

Related Topic(s): Government; Media, Add Tags
Add to My Group(s)
Go To Commenting
The views expressed herein are the sole responsibility of the author and do not necessarily reflect those of this website or its editors.