Throughout his presidency, Trump's education policy has been marked by a "hostility to public schools and education in general. As his presidency implodes under the weight of a rising COVID-19 death toll, massive demonstrations, an economic recession, and news of a Russian bounty paid on our troops, he has doubled down on this antagonism and added public school teachers to his list of perceived enemies. At his taxpayer-funded campaign rally at the base of Mount Rushmore, he claimed that "our children are taught in school to hate their own country". He continued this thought the next day by stating that instead of allowing teachers to "indoctrinate our children...we will teach our children to cherish and adore their country".

Given Trump's view that public education is comprised of "failing government schools", one would think that he would celebrate their forced closure during the pandemic. After all, closed schools cannot infect children's minds with information about evolution, climate change, and other information derived from science. Instead, Trump has demanded that children be forced to return to classrooms in the coming weeks. He has even threatened "to cut funding as a way to coerce state and local leaders into reopening school buildings".

There is no question that despite the hard work and best efforts of teachers, distance learning has proven to be vastly inferior to in-class instruction, especially for many students with special education needs. Some might say that it has been a "disaster." However, if this were really Trump's concern, then he would be moving to close down the online charter schools that were swindling taxpayers long before the onset of COVID-19. Instead of claiming that "a choice of two days per week in the classroom is not a choice at all", the administration would realize that a partial return would at least allow some opportunity for reducing "social isolation" and "identifying learning deficits, abuse, depression, and other issues" while allowing for the social distancing needed to protect students and the "bigger problem" of killing "teachers over 60 or 65 years old". Certainly, Trump would be pressuring Republican Senators to take up the Heroes Act that has already been passed by the House and would give school districts much-needed funds to deal with the crisis. 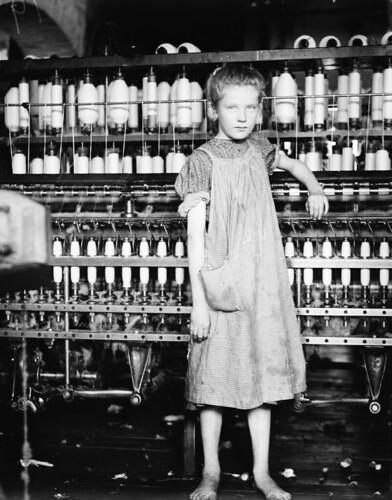 The truth is that Trump and his minions could not care less about the country's students. If he had his way, children whose parents could not afford a private education would not be in school, and instead would be working in factories as they did in the good ol' days before unions destroyed corporate profits. Trump's main concern is that the high unemployment rate will decrease his chances of reelection and parents will find it harder to go back to work with their children still at home.

After the Los Angeles Unified School District (LAUSD) refused to cave in to his threats, the Bully In Chief complained that the district's decision puts a "tremendous strain" on parents. When asked what he would say to "parents and teachers who feel that it is unsafe to go back", he responded that "children and parents are dying from that trauma, too. They're dying because they can't do what they're doing. Mothers can't go to work because all of a sudden they have to stay home and watch their child, and fathers."

First, no one ever died directly from not having a job. Instead, the real risk is that society has not built the proper safety nets that could protect a person who has lost their income. As president, Trump has rallied against democratic socialism, but this is a system that would ensure that death or starvation is not a side effect of a catastrophic event in someone's life.

Secondly, teachers are not babysitters. They are professionals who have trained to become experts in helping children reach their full potential. To expect them to put their lives in danger so that the corporate machine can run without interruption is a perfect example of why Generation Z distrusts capitalism.

The problem of expecting schools to serve the needs of students and parents beyond actual education did not suddenly materialize in the middle of a pandemic. However, COVID-19 did make the issue more visible. When schools were suddenly forced to shut down last March, districts not only had to figure out how to quickly transition to distance learning and provide the necessary technology to students, they had to determine how they would maintain "access [to] meal programs and services for mental and behavioral health." In the case of the LAUSD, Grab and Go programs helped solve the first problem, but the district is still struggling with providing desperately needed professional services to students.

The message that public schools are "failing" has been carefully crafted by those seeking to privatize education as these same forces have deprived families of the support they need. Education funding has been cut even as schools have been given the responsibility of doing more than just educating students. School districts in economically distressed areas receive less funding but are also expected to spend funds helping students deal with food insecurities, untreated health issues, and higher rates of trauma before addressing academics.

As a society, we should want all students to be given the same educational opportunities, but the truth is that it is a lot harder for poor students to learn when they have the additional responsibility to help their families survive. Just as we should not expect schools to risk the lives of students and teachers so that parents can go to work, we should demand that children have the proper support before they enter the schoolhouse doors.
________________________________
Carl Petersen is a parent, an advocate for students with special education needs, an elected member of the Northridge East Neighborhood Council, a member of the LAUSD's CAC, and was a Green Party candidate in LAUSD's District 2 School Board race. During the campaign, he was endorsed by the Network for Public Education (NPE) Action and Dr. Diane Ravitch called him a "strong supporter of public schools." Links to his blogs can be found at www.ChangeTheLAUSD.com. Opinions are his own.