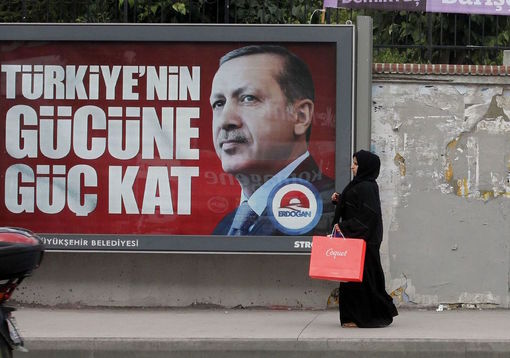 The contemporary global neofascistic right has become adept at seizing power through legal and parliamentary coups that do not involve military units dramatically taking over government headquarters and radio and television and rounding up opponents.

In 2017, in the wake of a failed military putsch the previous year, Turkey's prime minister Recep Erdogan held what the British journalist Patrick Cockburn rightly calls "a blatantly rigged referendum which marginalized parliament and gave him dictatorial powers." Erdogan won a narrow majority that "was only achieved late on election night when the head of the electoral board overseeing the election decided that votes not stamped as legally valid, numbering as many as 1.5 million, would be counted as valid." Erdogan then implemented a national educational curriculum that devalued secular liberal ideas and science and emphasized religious and "national values."

Erdogan is entrenched in power beneath the guise of popular support and legal approval. He seized on an attempted classic military coup as what Cockburn describes as a "heaven-sent opportunity to install an elective dictatorship in which subsequent elections and the real distribution of power could be pre-determined by control of the media, judiciary, civil service...and outright electoral fraud."

Orban never led a military coup to seize power. His reactionary populist Fidesz party swept into parliamentary power on a wave of anti-Muslim and anti-immigration sentiment in 2010, winning enough seats for him to dilute the democratic content of the nation's constitution. He advanced an interesting slogan for his campaign: "Make Hungary Great Again."

Poland: "Hatred of the Outsider"

Poland's neofascist president Andrzej Duda was elected on an anti-immigrant platform in 2015. His far-right Law and Justice Party has been crippling the nation's Constitution and judicial authority ever since. Last year he signed a bill advanced by his far-right Law and Justice Party that makes it a crime to accuse Poland of complicity in Nazi atrocities. The ruling party shamelessly airs nationalist propaganda on television and radio while suppressing opposition media.

Duda is widely understood to be the puppet of senior crypto-fascist parliamentary strongman Jaroslaw Kaczynski, head and founder of the ruling party. As Chris Hedges noted three years ago, Kaczynski "governs Poland like a private fiefdom. Prime Minister Beata Szydlo and President Andrzej Duda are political puppets. Kaczynski, reclusive and morbid, is referred to with fear or reverence as 'the Chairman.' His words, and his obsessions, are law" and backed by "11 intelligence agencies [established] to crush dissent." The authoritarians running Poland stand atop a party and movement that are, like its counterparts in Hungary and elsewhere, "rabidly xenophobic, racist, Islamophobic and homophobic" and that "demonize[s] immigrants and brand[s] internal dissent as treason. ... They seek their identity in a terrifying new nationalism...coupled with a right-wing Catholicism. They preach hatred of the outsider and glorification of obedient and 'true' patriots." (Hedges).

As in Hungary, the fascistic party in Polish power achieved and sustains its authoritarian power through outwardly legal and parliamentary means, no military coup required.

Duda recently announced on Polsat TV that he will officially announce a rapid new national election date for this fall. He said he wants to block a lengthy campaign as to prevent "political clashes."

Brazil is another example. That giant, environmentally critical nation's recently elected and corrupt, fascist, and eco-exterminist President Jair Bolsonaro came to power not through a military coup but rather through a judicial-parliamentary one that occurred in two phases. In the first stage, the Brazilian Senate suspended and then impeached the nation's democratically elected but highly unpopular president Dilma Rousseff of the Workers Party. Rousseff was removed from office in connection with a corruption scandal in which she was not involved this as even her enemies admitted that she was one of the few Brazilian politicians to refuse bribes.

Paul Street (www.paulstreet.org and paulstreet99@yahoo.com) is the author of Empire and Inequality: America and the World Since 9/11 (2004), Racial Oppression in the Global Metropolis (2007), Barack Obama and the Future of American Politics (more...)
Related Topic(s): Brexit; Corruption; Coup; Democracy; Fascist; Politics, Add Tags
Add to My Group(s)
Go To Commenting
The views expressed herein are the sole responsibility of the author and do not necessarily reflect those of this website or its editors.