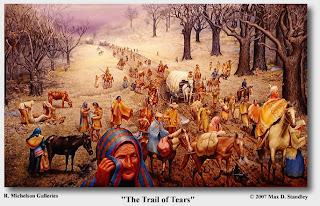 Or Should We Have A Combination Of All Four?

When will the Southern Poverty Law Center list the American Family Association as a hate group? With the latest news, that sobriquet might not be long in coming.

Read this and weep ... for the demise of America's compassion:

[T]he most compassionate thing we can do for Americans is to bring a halt to the immigration of Muslims into the U.S. This will protect our national security and preserve our national identity, culture, ideals and values. Muslims, by custom and religion, are simply unwilling to integrate into cultures with Western values and it is folly to pretend otherwise. In fact, they remain dedicated to subjecting all of America to sharia law and are working ceaselessly until that day of Islamic imposition comes.

The most compassionate thing we can do for Muslims who have already immigrated here is to help repatriate them back to Muslim countries, where they can live in a culture which shares their values, a place where they can once again be at home, surrounded by people who cherish their deeply held ideals. Why force them to chafe against the freedom, liberty and civil rights we cherish in the West?

In other words, simple Judeo-Christian compassion dictates a restriction and repatriation policy with regard to Muslim immigration into the U.S.

The reasoning is warped, but neither criticism nor censure can stop Brian Fischer from realizing his dream of a strictly "Christian-only" America. Look at the quote again: it contains "national identity," "Islamic imposition" "a culture which shares their values," and "chafe against freedom."

My writing has been criticized for using the (legitimate) word, "Christo-fascism." But I can't describe Fischer's idea in any other way. Reading between the lines, it's too obvious and makes "The Jewish Question" look positively benign. This "modest proposal" is clear: "Hate Muslims. Muslims won't convert. All Muslims want to kill you. Muslims want to take over the world. Let them stick to their own kind or die." Fischer bases his entire stance on the research of Danish psychologist, Nicolai Sennels. Sennels chronicled the attitudes of Muslim criminals in Copenhagen. It basically matches up to profiling African-Americans in prison in this country. 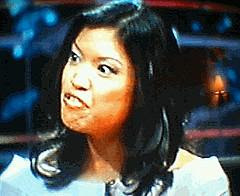 While the website of the AFA has a kind of disclaimer ("(It should be noted that the American Family Association has not taken a position on this issue."), it hasn't come out against Fischer's blatantly Christo-fascist ideas either. And among his supporters (if she isn't, she will be) Michelle Malkin will become his media guru, helping to pave a smooth road to Fox News.

Fischer ended his article on deportation with an old maxim:

It's often been observed that those who do not learn from history are condemned to repeat it. We are watching a dismal historical experiment in uncontrolled Islamic immigration unfold before our very eyes in Europe and watching European culture disintegrate before our very eyes. Let's learn - and apply - the lessons from Europe. If we do not, it may soon be too late to save what is left of American culture.

But Fischer has yet to learn from history.

Rev. Dan Vojir is has been writing/blogging on religion and politics for the better part of ten years. A former radio talk show host (Strictly Books " Talk America Radio Network) and book publisher, Dan has connected with some of the most (more...)
Related Topic(s): American Facism; American Family Association; American Family Association; Christian-taliban; Compassion; Compassionate Conservatism; Hate-Racism-Bigotry; Judeo-christian Compassion; Michelle Malkin; Religious Freedom; (more...) Southern Poverty Law Center, Add Tags  (less...)
Add to My Group(s)
Go To Commenting
The views expressed herein are the sole responsibility of the author and do not necessarily reflect those of this website or its editors.