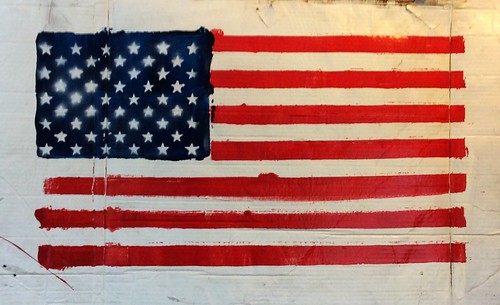 A Brennan Center for Justice webinar answered this question today, with parts surprising, others predictable. The source document was a groundbreaking study released by the Knight Foundation, "The 100 Million Project: The Untold Story of American Non-Voters." Twelve thousand non-voters were surveyed, all residents of swing states.

They turned out to be a diverse cross-section of Americans. If any generalizations were possible, the group tended to be "less educated, lower-income, and younger."

Many of them have no trust in the system or the impact of their vote, said Myrna Perez, Director of the Voting Rights & Elections division of the Democracy Program at the Brennan Center, and moderator of the event. Thirty-eight percent of them dislike the system and don't trust in the accuracy of the vote count. Another large percentage believe that their vote will have no impact on their personal lives.

This huge percentage of the US population eligible to vote engage less often with news than do others and receive passively the information that they do acquire. Some say they don't have enough information to decide on candidates they'd vote for; when they do engage with the media, their motivation is entertainment only. Their viewpoints vary as do their partisan affiliations where these exist. The 12,000 non-voters surveyed were divided equally among Republicans, Democrats, and independents. Together they form the largest bloc (41.3%) when measured against the other two parties (55.8%) as well as a tiny sector of other parties (2.9%). Among the 41.3%, 28% said they were independents.

Younger voters said that they struggled with the voting process.**

These were the issues addressed by the highly knowledgeable and articulate panel. They were Trey Grayson, former Secretary of State of Kentucky; Evette Alexander, Director of Learning and Impact at the Knight Foundation; and Abby Kiesa, Director of Impact, Center for Information and Research on Civic Leaning and Engagement at Tisch College of Tufts University.

Grayson, first to speak, upended a truism most surprisingly. He said that an increase in the number of people who vote does not benefit either major political party. I scratched my head. But he later added that in the recent Georgia gubernatorial election, the GOP candidate who was also Secretary of State, Brian Kemp, won by a decisive margin of 50,000. Unsurprisingly Grayson did not mention the 300,000+ largely minority voters purged from the rolls who wanted to vote but were kept away.

Therefore I could take his "truism" cum grano salis (with a grain of salt). The rest of what Grayson had to say was compelling: that the election administrators of his state and everywhere need to improve their educational outreach to the public and that civics education should be a lifelong process. He spoke well of the Electronic Registration Information Center (ERIC) and advocated using it to discover new residents of a given state and reach out to them to register. [It's also used to purge voter rolls often] Well, there's also NVRA, but there wasn't time for everything in the hour allotted to the webinar.

Kiesa, next to speak, noted how low the percentage of youth registered to vote was, but that's nothing new, she said. There was a huge turnout of voters for Election 2018, especially women of color. In 2020, 15 million new voters will have reached age 18. They must know that their voice matters. They need lots of support from civic institutions. Youth from marginalized communities composed the largest group left out. Many of them don't know about online registration.

We must reach this new generation (Z) of voters and educate them on local as well as national issues; election officials must communicate with schools; the youth must feel that they belong, in need, as they are, of "political homes."

Most interesting of all, election administrators must allow 16 and 17 year olds to be poll workers, especially given that seniors usually have these positions, but the covid19 pandemic will undoubtedly eliminate a lot of them. It already has, at the primary level.

People must believe in the system, said Perez. In Minnesota, 17 and 17 year olds are allowed to work at the polls.

Grayson agreed that youth must be welcomed into the system. He is gratified by the bipartisan make-up of Kentucky's government: a Democratic governor, and Republican lieutenant governor and legislature. The parties work together well, he said. Because of the pandemic there could be no in-school registration this year.

"Step into the shoes of non-voters" was Evette Alexander's advice. As a Floridian, she could relate to non-voters' anxiety about the legitimacy of elections, presumably because Florida's notorious reputation for faulty elections and "hanging chads" likely reached even people who receive political news passively.

Grayson regretted that social media are such a predominant news source. He said that Kentucky will have vote-by-mail in November and that clear instructions for voters will be accessible online. People must learn to discriminate among news sources, said Alexander, and know the credible from the politicized; also how to call for improvement.

Related Topic(s): 2020; Bipartisan; Civics; Democracy; Democratic; Election; Elections; Fraud; Internet; Nyu; (more...) Pandemic; Purge; Republican; Rights; Seniors; State; Vote-by-mail; Webinar, Add Tags  (less...)
Add to My Group(s)
Go To Commenting
The views expressed herein are the sole responsibility of the author and do not necessarily reflect those of this website or its editors.

Other Series: View All 157 Articles in "Election Integrity"