A political writer's annual Thanksgiving column can be easy to write, or incredibly difficult to put together. It can also be inspiring or banal. The two are probably connected. It's always a difficult one for me; its quality is a matter of your opinion. But hey, Turkey Day is just around the corner and it's time to talk about being thankful. Please bear with.

On the political end ... well, I'm grateful for pretty much everything in my life EXCEPT politics.

I can remember a time when political writers used "fatigue" to describe "this too shall pass" events such as the impeachment of Bill Clinton.

These days, "fatigue" seems to be the one American political constant.

Political campaigns used to start the day after the previous election for candidates and campaign staff, but the rest of us got a break.

Now, every election becomes THE MOST IMPORTANT ELECTION OF OUR LIFETIMES the day after the previous one.

Some of us are tired of waking up every morning wondering what Donald Trump did now.

Some of us are tired of the whole two-and-a-half-year impeachment trail going back to "Russiagate." 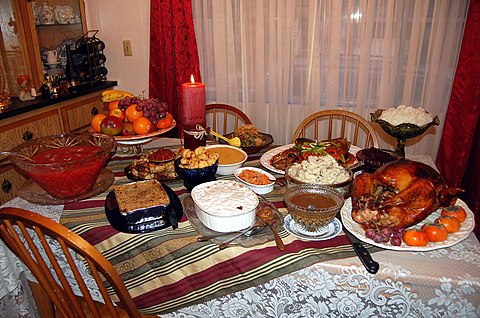 Some of us are tired of year-plus-long presidential clown motorcades full of presidential wannabes, like the 2016 Republican primary field or this cycle's Democratic pack.

Some of us are worn out from all that and more. And political writers aren't immune.

Speaking to a crowd of Democratic donors on November 21, former president Barack Obama said "everyone needs to chill out about the candidates, but gin up about the prospect of rallying behind whoever emerges from this process."

My Thanksgiving advice is to "chill out" entirely over the holiday weekend and set the "ginning up" aside for later.

Yes, we're really allowed to do that.

We can turn off our televisions, or at least watch something other than "news."

Related Topic(s): Politics; Thanksgiving, Add Tags
Add to My Group(s)
Go To Commenting
The views expressed herein are the sole responsibility of the author and do not necessarily reflect those of this website or its editors.