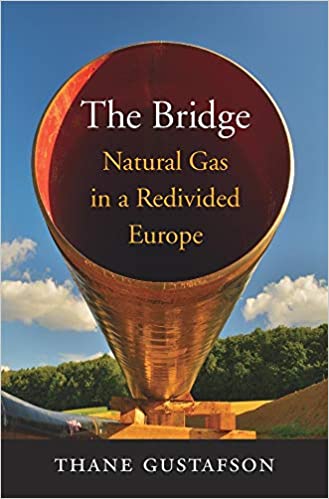 Looking over the back cover of the dust jacket on this book, and reading through the six complimentary blurbs by leading specialists in energy and/or Russian matters, you think you know what the book is about. However, you will likely be mistaken, because the ambitions of the author are clearly to avoid retelling in detail episodes that have been widely covered by others, such as the cut-offs of gas to Europe in 2006 and 2009 amidst Russian-Ukrainian political and economic wrangling, and to provide us with broad background information on the issues in the gas trade between Europe and Russia that we have witnessed over the past 20 years and which, the author clearly believes, have many factors behind them other than the geopolitical considerations that our media daily feed us.

These factors include institutional cultures of the market participants from the business world both in East and West, grass-roots political movements like the anti-nuclear parade and Environmentalism that have taken the European establishment, notably in Germany, by surprise and the specific educational backgrounds and skill-sets of the individuals in government and society who are decision makers in energy matters. Indeed, one of the great virtues of Gustafson as an historian is his filigree work, his tweaking out how men make history to no lesser a degree than economics, technological developments and the other anonymous drivers that are the darlings of contemporary political science.

Gustafson is far better equipped to deliver an expertly written context for Russia's dealings with its partners in Western Europe because, unlike many if not most Russianists, he is an outstanding linguist, and draws heavily on German and French literature in the field as well as English-language and Russian sources. However, this is not merely an academic masterwork, but a book enlivened by occasional personal asides about his protagonists in West and East with whom Gustafson met during the several decades that he has been a leading global authority in the energy field, gas and oil.

What we get here is a political, economic and intellectual history of Europe and Russia described in parallel. We learn about not only what directly bears on energy policy such as Environmentalism and the anti-nuclear movement but also about the economic and political theories, one is tempted to say, the neo-liberal ideology that have entirely reshaped the gas market in Western Europe into which Russia sells over the past 25 years. Indeed, for these reasons the book is heavier on West European history than Russian history.

In his detailed explanation of the role played by the EU's General Directorate for Competition and the European Court of Justice in setting up the Single Market that was the main achievement of perhaps the most important President of the European Commission to date, Jacques Delors (1985-95), Gustafson provides insights that surely will be of interest to all students of the European Institutions. Although I have lived and worked in Brussels off and on since 1980 and have become fairly involved in the activities of the European Parliament in the past five years, I profited greatly from reading the respective chapters in Gustafson's book.

As for the narrative devoted to Russia, Gustafson explains where the frame contracts for supply of Russian gas that required so much renegotiation with the EU in the new millennium came from, namely the Groningen model developed by Europe's first source of cross-border natural gas supply, The Netherlands. He explains how the industry developed in Europe's second largest source of imported natural gas, Norway, which had a configuration of state and industry that he compares and contrasts closely with Russia's.

The last third of the book focuses on the issues we would most expect: relations between Russia and Ukraine, meaning the legacy of the Soviet era and how it is being gradually erased; the evolution of economic relations between Russia and Germany in the new millennium when, especially after Putin's landmark speech at the Munich Security Conference in 2007 challenging the West, political relations headed downhill.

One of the great virtues of this book is the way that Gustafson explains the complexity of politics, material interests and corporate culture within what our less curious and less informed journalists and academic commentators see as open-and-shut cases of monolithic Soviet tradition, like Gazprom or of Putin's supposed autocratic monopoly of power. The following paragraph from 278 is exemplary in this sense:

"One of the main points of this book has been that the Russian gas industry, despite its geopolitical significance, is a business, and a highly technical and a highly complex one. A state-owned gas company may be an instrument of government policy and even of geopolitical ambitions, but it is also interested in profit and market share as well as its commercial reputation, the implementation of its engineering skills, and the management of such a large and complex system. Putin is clearly the chief decider in Russian gas policy. But in the everyday conduct of business Gazprom, like any large organization, has the capacity to delay, resist, and reshape the Kremlin's commands if they run counter to Gazprom's commercial objectives, business models, and core competences."

One very important benefit of Gustafson's setting the frame of his study as broadly as he did is that in the end he can offer a key insight into the question of how Russian supply and the new pipelines like Nord Stream-2 impact on the Continent's energy security, as we see on page 408:

"As the share of Russian gas in Europe's gas supply reaches record levels, and as Russia completes a new generation of export pipelines, does Russia not have unprecedented leverage over Europe?

"The revolutionary changes in the European gas market suggest that the answer is no. For all the reasons discussed above - the increasing interconnectedness of the European transportation system, the diversification of import sources thanks to LNG, and the availability of storage -- the European gas system is strongly resilient today and will become even more so in the future, despite the decline of Europe's indigenous sources. Behind this is a simple fact: because of changes in gas technology and market structure in Europe and around the world, the pipeline shipper has less and less leverage compared to the past. This is true not only in Western Europe, but increasingly also in Eastern Europe and the Former Soviet Union."

At the same time, the potential subject matter for this book is still more vast than what Gustafson has addressed here, and there are elements still not explored. In particular, given the importance of the German-Russian relationship as the anchor, literally and figuratively, for The Bridge which is the subject of this book, Gustafson has not explored the German relationship with those new EU members that have been driving the anti-Russian movement within EU Institutions including on issues of gas policy.

To my understanding, the sea change took place not in 2007 but in 2012, still before the whole confrontation over Ukraine but well after the Information Wars began. It was in 2012 that Germany dropped its definition of Russia as "a strategic partner of Europe" and no longer supported the negotiation of a new EU-Russia Cooperation and Partnership Agreement to replace the long expired agreement dating back to the late 1990s. In effect, from this time on Merkel's government turned its back on the Ostpolitik that was forged by former (SPD) Chancellor Willy Brandt and his close adviser Egon Bahr. With one exception, to be sure, gas policy.

I would suggest that the answer is to be found not in the personality of Angela Merkel, as Gustafson seems to suggest, but in divergent interests and mentalities between Germany's big industrialists, who were committed to big deals with Russia, especially in energy, and even pursued the illusory objective of participating in Russia's upstream gas industry, and the famous German Mittelstand of medium-sized, family-owned enterprises which is the mainstay of the German economy, of export, and, one may assume, of Merkel's party, the CDU.

Gilbert Doctorow, a graduate of Harvard College with a PhD from Columbia, is an independent political analyst based in Brussels. He chose this third career of  "public intellectual" after finishing up a 25-year career as corporate (more...)

Related Topic(s): Energy; European Commission; European Union; Green; Natural Gas; Russia; Ukraine, Add Tags
Add to My Group(s)
Go To Commenting
The views expressed herein are the sole responsibility of the author and do not necessarily reflect those of this website or its editors.

Thane Gustafson, "The Bridge: Natural Gas in a Redivided Europe"

Putin's Referendum: Where are the numbers?

Antony Blinken's Past: Will It Catch Up With Him?

A reductionist approach to the forthcoming Biden-Putin summit in Geneva