Thailand had relatively strong tobacco control policies for years but for effective implementation, it was vital to seek cooperation and strengthen tobacco control initiatives in other countries in the South-East Asia (SEA). 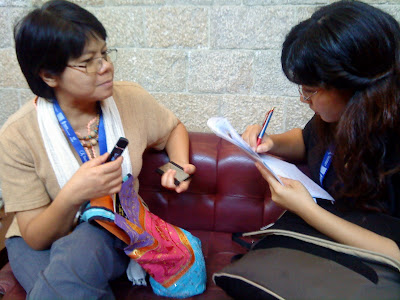 (Image by Unknown Owner)   Details   DMCA
“After working with Action on Smoking and Health (ASH) foundation in Thailand for 15 years, we believed that Thailand had quite strong policy on tobacco control and we should support and strengthen the cooperation between countries in South East Asia to achieve the goal together so we had set up South-East Asia Tobacco Control Alliance (SEATCA). By this way SEATCA acts as supportive base for government and non- government tobacco control workers and other health advocates in the SEA region, through regional forum, SEATCA fellowship programmes and cooperate with researcher from several universities” said Bungon Ritthiphakdee, Director of South East Asia Tobacco Control Alliance (SEATCA).

(Image by Unknown Owner)   Details   DMCA
Bungon further explained about how Thailand is expanding its role in forging alliances in other ASEAN countries to fight against tobacco.

“The cooperation between ASEAN countries on tobacco control helps us to see the whole picture, we can also share resources, skills, best practice, and the compare programmes between different countries” said Bungon.

“The main campaigns that SEATCA is working on at the moment are pushing forward until all ASEAN countries have pictorial warning labels on the tobacco products and also increase taxes on tobacco products. Raising taxes on tobacco helps to reduce tobacco consumption but right now only Thailand and Singapore have high taxes. We also would like to campaign for more smoke-free cities in SEA region. Many countries like Philippines, Laos, Indonesia, Vietnam and many countries already have smoke-free cities, and in Thailand, we have Mukdaharn and there is some smoke-free movement building up in Sukhothai as well” further added Bungon.

The biggest challenge in SEATCA’s work is the interference of tobacco industry in implementation of tobacco control policies in different nations in the SEA region.

“Fortunately we are now having the guidelines of World Health Organization Framework Convention on Tobacco Control (WHO FCTC) Article 5.3 on protection of public health policies from tobacco industry interference, which asked the government of each party to have clear policy of not allowing the tobacco’s industry’s interference” said Bungon.

The guidelines of Article 5.3 of the WHO FCTC were adopted at the third conference of parties (COP 3) in Durban, South Africa (November 2008).

In response to a question on how effectively can the WHO FCTC Article 5.3 be enforced in SEA countries, Bungon responded: “there is no punishment even for the government which is not following FCTC but the biggest damage that will come to such countries will be the damage of their own nation, when their people, their youth and new generations will increasingly turn to tobacco use, and these nations will lose money in treating diseases attributed to tobacco use.”

At the recently concluded 14th World Conference on Tobacco or Health (WCTOH), Thailand has been credited as one of the countries that have achieved significant success in tobacco control in Asia. The increase in tobacco taxes, the new smoke-free law that came into effect in 2008 banning smoking in public places including bars, restaurants and workplaces, and effective pictorial health warnings on tobacco products, are some of the measures that Thailand gets global recognition for. The first Bloomberg Award for Tobacco Control on effectively implementing pictorial health warning labeling on tobacco products was also conferred upon Dr Prakit Vathisathokit, Executive Secretary of Action on Smoking and Health (ASH), Thailand.

The Asia and the Pacific accounts for 57% of the global cigarette consumption by region in 2007. According to World Health Organization’s MPOWER report 2008, in the 20th century, the tobacco epidemic killed 100 million people worldwide. During the 21st century, it could kill 1 billion.

SEATCA’s work is certainly critical in protecting Asians from diseases, disabilities and deaths attributed to tobacco use.

(The author is the Director of Jay Inspire Co. Ltd)

Bobby Ramakant is a development journalist and has been writing on development issues since 1991. Health is one of the key focus areas he writes on. He is also a World Health Organization (WHO)'s WNTD awardee for 2008
Related Topic(s): ASEAN; Alliances; Asia; Health; Health; Michael Bloomberg; Policy; South Asia; Thailand; Tobacco, Add Tags
Add to My Group(s)
Go To Commenting
The views expressed herein are the sole responsibility of the author and do not necessarily reflect those of this website or its editors.