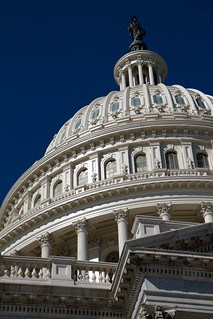 I was honored to serve in Congress for 16 years. During that time I provided information and helped to create debates over U.S. policies in Iraq, Afghanistan, Libya and other nations, defending the Article I, Section 8 responsibilities of Congress on matters of war and peace. Those of you who know me are aware that I avoid partisanship. I have challenged Republican and Democratic administrations alike.

Congress rightfully lacks confidence in this administration, given its bungling of a war against Libya and its general mishandling of international policy.

Why would Congress, as a co-equal branch of government, be so ready to give up its constitutional power to this president with an Authorization to Use Military Force (AUMF), which represents a wholesale appropriation of war power?

I present some thoughts for your consideration as you enter into a momentous, new debate over the authorization of military force, this time against the Islamic State.

This could be one of the most important votes you will ever cast, so I want to share with you, collegially, information that I hope will be of use in your deliberations.

Here are 10 reasons why Congress should not grant the president authority to use military force against the Islamic State, based on fact, consequences and the U.S. Constitution:

Writing in The American Conservative, Senior Editor Daniel Larison points out that the U.S. is taking on an unnecessary risk:

"...the U.S. mistakenly volunteers to address a regional security problem that poses no real threat to America, [while] its regional partners do as little as they can get away with, and in some cases stop doing even that in order to get the U.S. to take additional risks on their behalf."

If the U.S. enters the fray, of course, regional partners will let us do the fighting.

There is no credible information available that indicates ISIS is a direct threat to the U.S. According to a Wall Street Journal article, "Lawmakers Told Islamic State Isn't Terror Threat on U.S. Soil," Congress has already been advised by U.S. counterterrorism officials that ISIS is not a threat to the U.S. homeland. Additionally, no new National Intelligence Estimate (NIE) has been produced alleging ISIS is a direct threat to America. However, an all-out U.S. war against ISIS could expose America to unnecessary threats, without any national security benefits.

The framers of the U.S. Constitution were vitally concerned with the separation of powers, especially when it came to war. The power to declare war is vested in the Congress, in Article I, Section 8. The AUMF is written to enable the administration to conduct war, unilaterally, against any group, anywhere, at any time, over a period of three years, which opposing combatants will ignore.

If the administration succeeds in gaining approval for this particular AUMF, it will not have to return to Congress for approval as it takes its war from nation to nation. This is clearly contrary to the intent of the founders. It weakens Congress' constitutional power (checks and balances) and undermines the Constitution.

Since the AUMF sets the stage for a worldwide conflict, the cost of action will run into the hundreds of billions, if not trillions, of dollars, particularly if ground troops are involved in a war with religious overtones that go back 14 centuries. This war will inevitably require an emergency wartime supplemental appropriation and massive borrowing, adding to the $16 trillion U.S. deficit and weakening the U.S. economy internally while providing great wealth to war profiteers who are already draining America's wealth.

At this very moment ISIS is finally under pressure from Iraqi forces and pro-government militias, without U.S. boots on the ground. Additionally, ISIS is said to be experiencing internal pressures and conflicts. The Washington Post points out: "The Islamic State is battling major offensives waged on at least three fronts -- by Kurds in northern Syria, Kurds in northern Iraq and the combined force of Iraqi army and Shiite militia fighters advancing on the central Iraqi city of Tikrit."


Visit his website at  KucinichAction
Follow him on Twitter at @Dennis_Kucinich
Related Topic(s): Congress; Isis; Islam; Military Spending; Politics, Add Tags
Add to My Group(s)
Go To Commenting
The views expressed herein are the sole responsibility of the author and do not necessarily reflect those of this website or its editors.