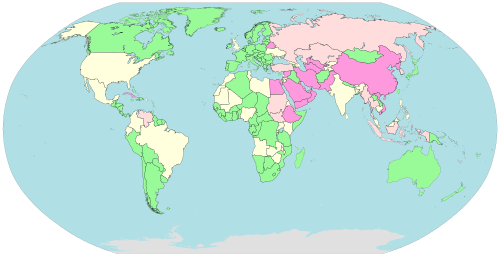 In 2010, US Senators Joe Lieberman (D-CT), Susan Collins (R-ME), and Thomas Carper (D-DE) introduced their Protecting Cyberspace as a National Asset Act. Better known as the "Internet Kill Switch" proposal) for the emergency powers it would have conferred on the president, the bill died without receiving a vote in either house of Congress.

A decade later, the same fake issues and the same authoritarian "solutions" continue to dominate discussions on the relationship between technology and state. The real issue remains the same as well. As I wrote in a column on the "Kill Switch" bill nearly 10 years ago:

"If the price of keeping Joe Lieberman in power is you staring over a plow at the ass end of a mule all day and lighting your home with candles or kerosene at night before collapsing on a bed of filthy straw, that's a price Joe Lieberman is more than willing to have you pay."

A single thread connects the "Internet Kill Switch" to the passage of Internet censorship provisions in the name of fighting sex trafficking (FOSTA/SESTA), the whining of federal law enforcement and intelligence officials for "back doors" to cripple strong encryption, and President Trump's threats to ban video-sharing app TikTok, supposedly because the Chinese government's surveillance programs just might be as lawless and intrusive as those of the US government.

That thread is the burning, pathological compulsion which drives politicians and bureaucrats to control every aspect of our lives, on the flimsiest of excuses and no matter the cost to us.

The compulsion hardly limits itself to technology issues (the war on drugs in a great example of its scope), nor is it limited to the federal level of government (see, for example, the mostly state and local diktats placing millions of Americans under house arrest without charge or trial "because COVID-19").

That thread and that compulsion are more obvious vis a vis the Internet than "public health"-based authoritarianism because we've been propagandized and indoctrinated into the latter ideology for centuries, while the public-facing Internet is younger than most Americans.

Few of us can remember the days before quarantine-empowered "health departments" in every county, let alone a time when a five-year-old could walk into a store and buy morphine without so much as a doctor's note.

But most of us can remember a relatively censorship-free Internet and the false promises of politicians and bureaucrats to respect the dramatically expanded power it gave to free speech.

That makes "kill switches" and "back doors" and TikTok bans a tougher sell. But the political class is still coming after the Internet. If we want to continue living in the 21st century instead of the 11th, we're going to have to keep fighting them.