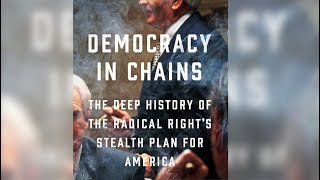 Yesterday was the darkest day of the year and man, it felt like it.

Today is the day when things should start to get brighter.

The thing is, it doesn't always feel like things are getting lighter right away. Even though it is getting dark later, it takes a while to notice.

For one thing, the changes are small and tough to see. For another, it doesn't start getting lighter in the morning until early January. For the next couple of weeks, it will actually get light "later" every morning, not earlier.

Here we are waiting for the light to break, knowing it is coming, and yet every morning we continue to wake to darkness.

And that is the same situation we are in politically. This is the beginning of the end of the darkest period, even though it doesn't feel like it.

This is the beginning of the end of Trump. We knew that he wouldn't go down easy. We knew that the crazy would get worse before it got better. And that is where we are now. His crazy is becoming more extreme and although that is a part of this process, it sure doesn't feel good.

It is scary, but we have to have faith that this will end, because it will.

The light of American democracy is bright and strong. And due to our hard work, it is going to shine for much longer. We will not be defeated by this failed reality TV show, lying, bankrupt, grifter.

Here are just some of the reasons I know this national nightmare is going to end:

1. Trump Is Losing His Hold On Power

Trump has been badly weakened. It will get worse for him.

Related Topic(s): Going To War; Green; Investigations; Nationalism; News And Media; Nightmare; Resignation; Sanctions; Trump Nightmare, Add Tags
Add to My Group(s)
Go To Commenting
The views expressed herein are the sole responsibility of the author and do not necessarily reflect those of this website or its editors.