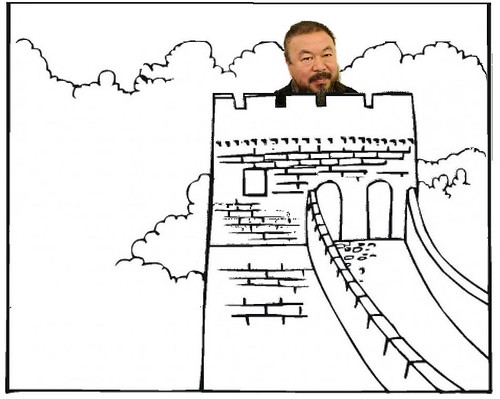 [Original source for this article: www.countercurrents.org]

"The 'Great Firewall of China' -- the world's most extensive effort to try to control
cyberspace -- has become more formidable under President Xi Jinping. Authorities
have closed some video and audio streaming websites, limited online access to foreign
and 'foreign-inspired' television programs, stiffened penalties for 'spreading rumor' via
social media and restricted access to virtual private networks." -- Reuters.com,
"INTERNET: Living With the Great Firewall of China", Oct. 17, 2017


Tear down this wall,
the Great Firewall of China.
Tear down your wall,
obscene and disgraceful!

Let cyber information
travel wide and far.
Take your Internet censors
and stuff them in a jar.

Throw out your Cisco routers
used to monitor the World Wide Web.
Dissolve your artificial
bottlenecks and chokepoints,
you evil censors!

Let ten thousand VPNs bloom,
punching holes in your Firewall
until it crumbles.

Starting October 18, China's Communist Party is holding its once-every-five-years
top-secret meeting in Beijing, and dictator-president Xi Jinping is widely expected to
consolidate his iron grip on power even further. Some predict he will be effectively
appointed "emperor for life". As the world's factory-floor, China is often given a
free pass in the Western media, so it's important to remember that China is a brutal dictatorship.

Organs are extracted from live prisoners in horrific surgeries. Researchers calculate that
60,000 to 100,000 transplants of "harvested" organs are performed each year in China,
the most likely victims being political dissidents and prisoners of conscience (Tibetans,
Falun Gong, Christians, etc.).

Beatings, electric battering, food and sleep deprivation,
chaining, and other forms of torture are routine in China's prisons and forced-labor
camps. If you criticize the one-party system, you may end up in a "re-education"
camp for brainwashing, torture, and slave labor.

In 2013 the Chinese government announced that it had abolished its system of
"re-education through labor" camps nationwide, but this cosmetic move is contradicted
by multiple reports from survivors, relatives, and investigators. China's widespread use
of prison and slave labor is largely ignored by the West. All this in "beautiful China" to
which Western tourists, politicians and hypocritical businessmen flock. One-sixth of
humanity lives under a repressive dictatorship.


Permission hereby granted to reproduce this work in any electronic,
print, or broadcast media, with attribution.

Related Topic(s): China Internet Censorship; China Politics; Chinese Communist Party; Dictator Dictatorships; Falun Gong; President Xi Jinping, Add Tags
Add to My Group(s)
Go To Commenting
The views expressed herein are the sole responsibility of the author and do not necessarily reflect those of this website or its editors.