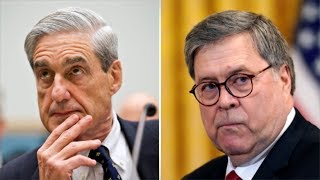 Attorney General William Barr moved swiftly and deliberately to preemptively control the narrative on the Mueller Report. The report itself was two years in the making and the subject of significant speculation and anticipation. Barr's summary, days after the report was delivered to him by Special Counsel Robert Mueller, seemed to commandeer the discussion and redirect it in an optimal direction for Donald Trump's public relations messaging.

Recent revelations through intermediaries to reporters at The New York Times, The Washington Post, and NBC News have provided the first official indication that Barr's representations of the report may have been inaccurate at best, if not politically motivated. It might be only the beginning.

This first round of expressions by Mueller team members, although not without important clues, consists of measured disclosures through third parties. It's a shot across the bow of the Trump camp and the Attorney General.

Investigators working for Special Prosecutor Archibald Cox during the Watergate investigation, as the process reached a climax in the fall of 1973, were wary of what Nixon might do with the vast powers of the presidency to derail their investigation. Now, decades later, the Watergate investigators openly admit they made copies of the key evidence and the most sensitive documents, taking copies out the door with them to preserve what they had found.

It is hard to imagine that Mueller's Russia-gate investigative team, with the constant threat of being shut down or derailed by President Trump, would not have taken similar precautions.

Part of what Mueller's investigators are saying is: "We can and we will if necessary, resist any official attempt to cover up the findings of this investigation." In an investigation that has been as buttoned up as any high-profile investigation in U.S. history, these signs of protest mark a significant departure from the seamlessly comment-less Special Counsel process that has operated in a virtual media vacuum for two years.

If there was evidence of obstruction by President Trump or anyone acting on his behalf, that would necessarily constitute evidence of a cover-up. The "team members" now finding ways to be heard understand that evidence quite well they compiled it. Seeing the cover-up continue by the suppression or redefining of the findings of their investigation is apparently not setting well.

Attorney General Barr's preemptive public relations strike appears to have failed, and the truth is starting to assert itself. If Barr continues his efforts to keep the grist of the Mueller investigation out of public view, team Mueller is well positioned to push back. They seem willing.

Related Topic(s): Attorney General William Barr; Mueller Investigation; Team Mueller; Truth, Add Tags
Add to My Group(s)
Go To Commenting
The views expressed herein are the sole responsibility of the author and do not necessarily reflect those of this website or its editors.