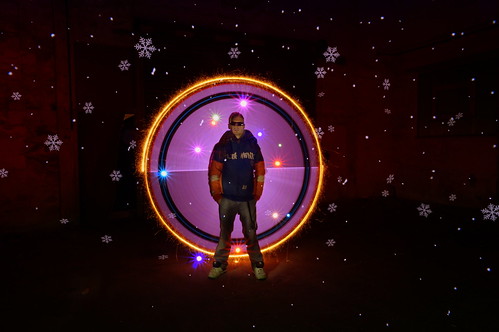 An article on the possibility of Time Travel in the popular Next Big Future Science and Technology blog entitled "Quantum mechanics time travel indicates no grandfather paradox" got me to thinking about my interpretation of the Grandfather Paradox, and Time Travel in general.

If you don't know what the Grandfather paradox is, I suggest you watch this brief video on Time Travel at the bottom of the article, or here. Don't worry, I'll wait until you come back

Anyway, there's a there's a third option to the first option, the Consistency option that says you can never change time, or the second option, the Grandfather paradox, which doesn't really explain anything because, well, it's a paradox.

First of all, ANYONE who traveled back in time would alter the past. Even if all they did is pop up in the woods apart from humanity, and then never ate, drank, or sought shelter, when they quickly died, they would become food for some animal and thereby alter the timeline of that animal. Why do we think that only alterations to human timelines matter? Why do we think that only things that are recorded in history, public or personal, matter?

So, anyone who travels back in time would alter events, even if they are never recorded.

And this is why we never hear about them.

Since the timeline has been altered, subsequent events unfold elsewhen, and any time traveler's past and subsequent future would not be OUR past.

In those other timelines, there may indeed be records of time travelers in the past, if they did something noteworthy enough to record, but it would have to be understood that whatever they did, they had first started out from elsewhen in A future, just not the future of those who recorded that history. That future was elsewhen.

Got that? Have I changed the future? Of course, in some small way, everything we do always does.

Those are my thoughts, recorded for some unknown, and unknowable, future. Because whether we travel into the future the normal way, or travel near the speed of light to get there faster, it is still unknowable TODAY, so that future still exists in myriad ways, unpredictable, though there may be probabilities. This means free will does exist, at least within the present limits of our brain capacity to exercise it and to act upon our thoughts. We can imagine flying like a bird, but we cannot actually fly like a bird; multitudes of people have tragically died under such a delusion that they could.

Related Topic(s): Events; Future; History; History; QUANTUM; Time; Time, Add Tags
Add to My Group(s)
Go To Commenting
The views expressed herein are the sole responsibility of the author and do not necessarily reflect those of this website or its editors.