A March study found only 1 percent of US adults meet seven cardiovascular health metrics that are the norm in babies (not smoking; exercising; having normal blood pressure, blood glucose, cholesterol and weight; and eating a healthy diet). Centers for Disease Control and Prevention maps from 1985 to 2010 show each year our country getting fatter. And the CDC predicts 42 versus today's 36 percent will becoming obese (very overweight) by 2030, and 11 rather than 5 percent will pack on 80 or more pounds.

A March study found only 1 percent of US adults meet seven cardiovascular health metrics that are the norm in babies (not smoking; exercising; having normal blood pressure, blood glucose, cholesterol an 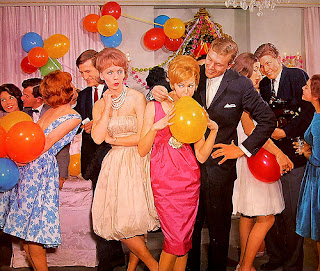 These stunning declines in public health finally provide an appropriate use for the popular slogan. It's time to take America back.

Meanwhile politicians avoid productive debate and action as carefully as they might sidestep E. coli-laced poop from a grain-fed cow. Many champion "personal choice." Are we to believe 1 in 3 Americans by 2050 -- including many children -- will choose diabetes, convinced it is the hip "choice of a new generation"? ( Diabetes, Pepsi marketers, duke it out). Clearly we're also to ignore the tens of billions spent on weight loss products or believe the overweight buy these products as charity for the aging celebrities shilling the pills.

Actually our government is involved across the food lifecycle through subsidies, inspections, labeling requirements, advertising regulations, and tax policies. But while other countries have significantly slowed or stopped rising obesity by taxing sugary and fatty foods more , our congressmen may as well be lying in expensed-steak-induced heart attacks for their championing of our interests .

They rotate from employment, to the budget, to rising health care costs while ignoring the elephant in room of obesity-related disease and disability. Instead they take counterintuitive steps of seeking to limit food stamp eligibility (planning mass starvation?) and battling the Affordable Care Act. First Lady Michelle Obama exercises with a passion she rarely musters for more important fights against toxic food and soda. And the government buckles to industry pressure, shelving voluntary interagency guidelines for marketing food to kids.

Thus the most rapid act of collective forgetting and miseducation in American history. Earlier we stayed slim with minimal effort, unknowing Jedi masters of the store and stove. Now we need to recreate this time before epidemics of cancer, heart disease and obesity brought on by the proliferation of unhealthy food. These food must be made expensive, unappealing and scarce. What we eat is no longer obvious or palatable; t he government must verify and require labeling of feed substances, farm conditions, medicines, pesticides, and genetic modification close to the point of purchase . Government resources, advertising and schools must dominate mindshare with a message to eat food proven healthy and nutritious, and shun the tainted and processed newcomers recently emerging as dietary staples.

We must take America back.

Back to a time of empathy and sense. When we gave a pregnant woman a seat as we knew with heft came disease and pain. As we give more frequent and intense health care to them, so too should we provide regular services -- nutrition counseling and monitoring  -- to the 2/3 of adults and 1/3 of kids now overweight. In fact, our deterioration in health suggests broadly overseeing the entire population.

Back to a time of pride and progress. When beliefs in American superiority motivated us to win the space race and complete the Manhattan Project. As the fattest nation now, we may not be able to become the healthiest in the near term. But global leadership in labeling, taxing and regulation could lead to achievements more solidly in the public interest than our endeavors of the past.

Back to a time when buying food and cooking was perceived as "real work". When home cooking was more than a restaurant slogan. When Moms weren't sued when their children were obese. Instead, they were celebrated for supporting their families through the culinary arts of combining fresh whole foods.

Back to a time when religion informed more of our food choices. Adopting Jews' prohibition against eating meat with cheese might slim down menus and diners, preparing Ezekiel's bread of coarse grain and pulse and embracing many religions' seasonal (or lifelong ban) on meats and fish could do even more. Plant-based diets ward off obesity and chronic disease, asserts "The China Study", and they're often cheaper too.

Back to a simpler and similar time. In 1985, America was not a farming society (just 3 percent of Americans were in agriculture) and genes were almost the same.  We are currently bombarded with health claims yet worse off than many poor from earlier decades. Earlier impoverished farmers who grew "organic" vegetables, caught wild fish and pasture-raised cows appear today as pioneers of health and sustainability.

Veena Trehan is a DC-based journalist and activist. She has written for NPR, Reuters, Bloomberg News, and local papers.
Related Topic(s): American Future Fund; Backlash; Cooking; Drugs; Food; Food; Health; Obesity; Salmon; Taking Take Back America, Add Tags
Add to My Group(s)
Go To Commenting
The views expressed herein are the sole responsibility of the author and do not necessarily reflect those of this website or its editors.