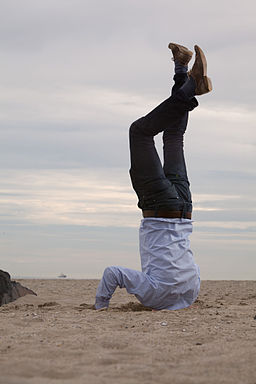 So I turned on the telly on a Saturday morning to scan the MSM headlines, and this is what they decided was important for the public to know: that the FBI was investigating Russian interference in the 2016 election in Florida (yes, still); that Bernie Sanders was being criticized for proposing that 'the Boston bomber' be allowed to cast a vote; that Julian Assange was charged with rape in Sweden. Except that none of those stories were true: Hard evidence shows that Russia did not interfere in any US election in any way while Israel interfered in several federal elections by throwing millions at right wing candidates, that the Tsarnaev brothers had nothing to do with the "bombs" exploded at the Boston marathon and were classic patsies, and the charge levied against Assange in Sweden, 'having consensual sex without a condom', had been dropped years earlier, initially after the first judge reviewed evidence of a honey trap. (I have the facts to back all of this up, but to explain each would require book length articles on each subject. email me if you want the data).

So. What exactly is the point of the news media in the ? To make up fiction and then trumpet it round the clock under the theory that any lie repeated often enough becomes fact. And the majority of Americans have evidently decided that they so love the lies and hate the truth that they will scream and yell endlessly to defend the lies rather than be forced to face uncomfortable facts. Any effort I make to point this out gets the following response: "If you hate so much why don't you leave"? I can't tell you how many times I have heard that question. I confess I would have left a decade ago if I had not had responsibility for my parents' care. But it is a phony question anyway. Insisting on facts and truth is not a trait that qualifies me as being un-American. It just qualifies me as being awake.

German citizens have faced their past head on, with 90 years of self-flagellation for the crimes of the Third Reich and with laws passed to ensure it cannot resurrect itself. But that is not a process Americans are capable of undergoing. Maybe we would need to endure a colossal defeat like that suffered by in WWII to understand guilt and contrition. The last figure I read of deaths caused globally by American wars since 911 was 70 million - fifty million of whom were civilians.* I have yet to see any remorse for those actions from among my fellow citizens, much less the American media.

The way I read the vicious hatred of Assange is this: "How dare you try to make me see what the government is doing ? I don't want to know that. " or to quote Barbara Bush, "Why should I waste my beautiful mind on body bags?" I can't blame people for wanting life to be fun - and easy. It would be nice, wouldn't it. When Edward Snowden sacrificed his luxurious privileged life in to serve the public interest he never suspected that the public would care so little about being tracked, spied on and recorded they would not even raise an objection once the truth was revealed. Whistle-blowers have one thing in common - they are people of conscience. They can't live with participating in cruel or illegal government activity and are willing to risk lengthy prison terms, torture and even death to expose it. For all of them in recent history their revelations have fallen largely on deaf ears and their extraordinary sacrifices have gone largely unappreciated.

And of course our trusty corporate media excoriated them with giant bullhorns, condemning not the illegal and immoral activity of the government and its political parties, but the leaking of it, thus easing the minds of all of those who found the truth too unsettling. In the digital age there will always be hackers. The crimes and lies and secrets of governments and sleazy politicians will be much harder to conceal going forward. The plain truth is that the facts of every event and issue facing us are readily available in the real (read alternative) media to any person who wants to know. But most Americans do not. What does that say about our character as a nation. The blue pill is more fun.

** I can't recall my source on those numbers but am still trying to pull it up. It is certainly possible that the source added one too many zeros and meant 7 million, and 5 million civilians. I will hyperlink the source if I locate it.