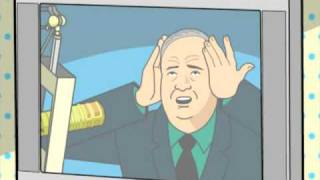 SINCE FRIDAY, a loud chorus of voices has appeared in the media to celebrate President Donald Trump's decision to assassinate Iranian Maj. Gen. Qassim Suleimani, a move that has sparked renewed tension in the Middle East, a new deployment of U.S. forces, and predictions of increased military spending.

Many of the pundits who appeared on national television or were quoted in major publications to praise the president's actions have undisclosed ties to the defense industry -- the only domestic industry that stands to gain from increased violence.

Jack Keane, a retired Army general, appeared on Fox News and NPR over the last three days to praise Trump for the strike on Suleimani. "The president acted responsibly," Keane said during an appearance with Fox News host Lou Dobbs. "It should have happened a long time ago." Keane has worked for military companies, including General Dynamics and Blackwater, and currently serves as a partner at SCP Partners, a venture capital firm that invests in defense contractors.

David Petraeus, the retired general who once commanded U.S. forces in Iraq and Afghanistan, was quoted by multiple outlets in support of the slaying. "This is a very significant effort to reestablish deterrence," he told Foreign Policy. On Public Radio International, Petraeus declared that "this particular episode has been fairly impressively handled," and praised the Trump administration for moving "to shore up our defenses and our offensive capabilities." He also appeared on CBS's "Face the Nation."

Petraeus, notably, works for Kohlberg Kravis Roberts and Co., the investment firm with holdings in several major defense contractors that is reportedly moving to "build up its defense portfolio at a time when military budgets are skyrocketing."

LEE FANG  Lee Fang is a  reporting fellow with The Investigative Fund at The Nation Institute. He covers money in politics, conservative movements and lobbying. Lee's work has resulted in multiple calls for hearings in Congress and the (more...)
Related Topic(s): Assassination; Pundits; Support; Television; Violence, Add Tags
Add to My Group(s)
Go To Commenting
The views expressed herein are the sole responsibility of the author and do not necessarily reflect those of this website or its editors.