"Out of the nursery into the college and back to the nursery; there's your intellectual pattern for the past five centuries of more. School is shortened, discipline relaxed, philosophies, histories, languages dropped, English and spelling gradually neglected, finally almost completely ignored. Life is immediate, the job counts, pleasure lies about after work. Why learn anything save pressing buttons, pulling switches, fitting nuts and bolts?" Captain Beatty in Fahrenheit 451 Ray Bradbury wrote his dystopian novel Fahrenheit 451 in 1950. Most kids were required to read this book when they were seventeen years old. Having just re-read the novel at the age of forty-seven makes you realize how little you knew at seventeen. It is 165 pages of keen insights into today's American society. Bradbury's hedonistic dark future has come to pass. His worst fears have been realized. The American public has willingly chosen to be distracted and entertained by electronic gadgets 24 hours per day. Today, reading books is for old fogies. Most people think Bradbury's novel was a warning about censorship. It was not. It was a warning about TV and radio turning the minds of Americans to mush.

It is now sixty years later and his warning went unheeded. A self imposed ignorance by a vast swath of Americans is reflected in these statistics:

When Ray Bradbury wrote his novel in the basement of the UCLA library on a pay per hour typewriter, television was in its infancy. In 1945 there were only 10,000 television sets in all of America. By 1950, there were 6 million sets. The US population was 150 million living in 43 million households. Only 9% of these households had a TV. There was one TV for every 25 people. Americans read books and newspapers to be aware of their world. Today, there are 335 million television sets in the country. The US population is 310 million living in 115 million households. There is a TV in 99% of these households, with an average of 3 TVs per household. Your reality is whatever the corporate media decides is your reality.

Bradbury envisioned gigantic flat screen wall TVs that interacted with the audience and people wearing seashell earbuds so they could listen to the radio. Anything to keep from reading, thinking, questioning or wondering. Today, anesthetized kids and non-thinking adults sit in front of the boob tube with their Playstation controllers in hand and a microphone attached to their ear, killing zombies while talking to their fellow warriors, sitting in their own living rooms somewhere in the world. Apple has sold 260 million iPods since 2001 that allow people to zone out and live in their own private music world, never needing to interact or associate with their fellow humans. Millions of Blackberry addicts roam the streets of our cities like androids, forcing alert pedestrians to bob and weave to avoid head-on collisions with these connected egomaniacs. They are overwhelmed with their self importance.

For those who have not read the book since high school, or have never read the novel, here is a quick summary of Fahrenheit 451:

Guy Montag is a fireman who burns books in a futuristic American city. In this dystopian world, firemen start fires rather than putting them out. The people in this society do not read books, enjoy nature, spend time by themselves, think independently, or have meaningful conversations. Instead, they drive at extreme speeds, watch excessive amounts of television on wall-size sets, and listen to the radio on "Seashell Radio" sets attached to their ears. Guy meets a girl that makes him rethink his priorities. He starts to question book burning and why people fear books. After not showing up for work, his boss Beatty comes to his house and explains why books are now banned. According to Beatty, special-interest groups and other "minorities" objected to books that offended them. Soon, books all began to look the same, as writers tried to avoid offending anybody. This was not enough, however, and society as a whole decided to simply burn books rather than permit conflicting opinions.

Montag connects with a retired English professor named Faber. He tells him that the value of books lies in the detailed awareness of life that they contain. Faber says that Montag needs not only books but also the leisure to read them and the freedom to act upon their ideas. After Montag's wife turns him in and he is forced to burn his own house to the ground, he turns his flamethrower on Beatty. He is hunted by a mechanical hound and the chase is broadcast on national TV. He escapes to the forest where he finds a group of renegade intellectuals ("the Book People"), led by a man named Granger, who welcome him. They are a part of a nationwide network of book lovers who have memorized many great works of literature and philosophy. They hope that they may be of some help to mankind in the aftermath of the war that has just been declared. Montag's role is to memorize the Book of Ecclesiastes. Enemy jets appear in the sky and completely obliterate the city with atomic bombs. Montag and his new friends move on to search for survivors and rebuild civilization.

"Give the people contests they win by remembering the words to more popular songs or the names of state capitals or how much corn Iowa grew last year. Cram them full of non-combustible data, chock them so damned full of "facts' they feel stuffed, but absolutely "brilliant' with information. Then they'll feel they're thinking, they'll get a sense of motion without moving. And they'll be happy, because facts of that sort don't change. Don't give them any slippery stuff like philosophy or sociology to tie things up with. That way lies melancholy." - Captain Beatty in Fahrenheit 451 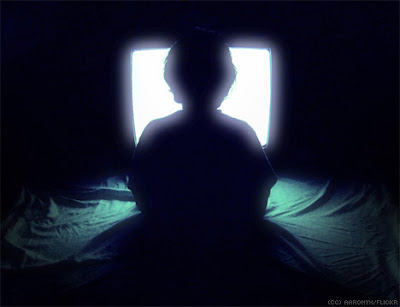 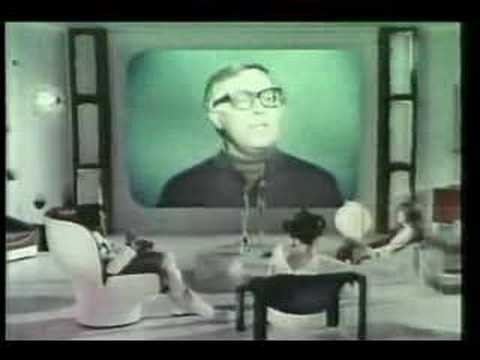 In Bradbury's novel the fireman's duty is to destroy knowledge and promote ignorance, in order to equalize the population and promote sameness. Any impartial analysis of the current state of affairs must conclude that he was absolutely right. In an interview with the LA Weekly in 2007, Bradbury clarified his views:

James Quinn is a senior director of strategic planning for a major university. James has held financial positions with a retailer, homebuilder and university in his 22-year career. Those positions included treasurer, controller, and head of (more...)
Related Topic(s): Books; Bush; Censorship; Citizens; Future; Liberty; Lies; Media; People; Population; (more...) Truth; Wars, Add Tags  (less...)
Add to My Group(s)
Go To Commenting
The views expressed herein are the sole responsibility of the author and do not necessarily reflect those of this website or its editors.