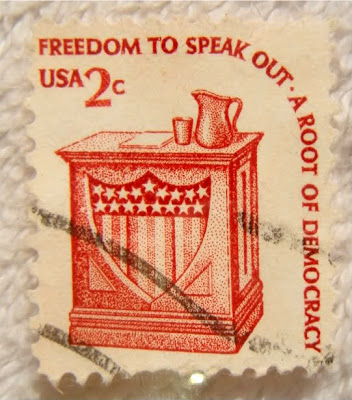 (Image by Unknown Owner)   Details   DMCA
The New York Times reported the other day:
As President Obama and Congress brace to battle over how to reduce chronic annual budget deficits, Americans overwhelmingly say that in general they prefer cutting government spending to paying higher taxes, according to the latest New York Times/CBS News poll.

Yet their preference for spending cuts, even in programs that benefit them, dissolves when they are presented with specific options related to Medicare and Social Security, the programs that directly touch the most people and also are the biggest drivers of the government's projected long-term debt.

Nearly two-thirds of Americans choose higher payroll taxes for Medicare and Social Security over reduced benefits in either program. And asked to choose among cuts to Medicare, Social Security or the nation's third-largest spending program -- the military -- a majority by a large margin [55%] said cut the Pentagon. [55% of those polled also chose reducing troops in Europe and Asia as a way to cut military spending.]

This is excellent news. It means that even with all the corporate media blathering about the deficit and the need to cut back on "entitlement programs," once again the majority of American people are seeing through the fog. They are able to ultimately understand that it is not in their interests to cut Social Security and Medicare, etc. The corporate sales pitch is not working with the bulk of the people.

But - as with the numbers of Americans now against the Afghanistan war, about 60%, we've not yet been able to get people to move into action. (Action defined as public protests, more letters to editor on the subject, organizing local meetings to speak out, making demands on both political parties ........)

Maybe with the Republicans in power of the House of Representatives that will change. Possibly people will feel more urgency. (I hear you ask, how much more urgency do they need?)

I think that many of the folks who know better have been relying on Obama and the Dems to save them and they have been frozen from moving into action because in their loyal minds they perceive speaking out as being "against" the Democrats who have been in power. Even though they don't support many of the policies coming from Washington they seem to think that speaking out would make it likely that "Obama's team" would lose. Well, as it turns out, they have lost anyway in the House and are barely holding onto the Senate. Obama is no cinch to get reelected in 2012 either and even if he does he seems most interested in serving the interests of the corporations.

Maybe people will begin to thaw themselves out from this frozen state and begin to move into action before all is lost. Or maybe they will continue in their present state of fearful isolation and wait until all is lost before stepping up. Humankind has often shown the proclivity to do that.

This next year will be the strategic barometer. In the meantime thank goodness there are people out there staying on the case. Sadly though, unless we get some help soon, we are all going down the tubes.

Related Topic(s): Afghanistan; Congress; Democrat; Media; Medicare; Military; Obama; Organizing; Pentagon; Protest; (more...) Senate; Withdrawal_From_Iraq, Add Tags  (less...)
Add to My Group(s)
Go To Commenting
The views expressed herein are the sole responsibility of the author and do not necessarily reflect those of this website or its editors.