"Still, if you will not fight for the right when you can easily win without bloodshed, if you will not fight when your victory will be sure and not so costly, you may come to the moment when you will have to fight with all the odds against you and only a precarious chance for survival. There may be a worse case. You may have to fight when there is no chance of victory, because it is better to perish than to live as slaves." -- Winston Churchill - The Second World War

A butterfly flapped its wings in Tunisia creating a hurricane that is swirling across the globe, wreaking havoc with the existing social order and sweeping away old crumbling institutions and dictatorships. The linear thinking politicians, pundits and thought leaders have been knocked for a loop. They didn't see it coming and they don't know where it's leading. An examination and understanding of history would have revealed that we have been here before. We were here in 1773. We were here in 1860. We were here in 1929. We are here again. The Fourth Turning has returned in its predictable cycle, just as Winter always follows Fall. Winston Churchill wrote the definitive history of World War II in 1948. His six-volume history detailed the years from the end of World War I through the unconditional surrender of the Axis powers in 1945. Volume I in the series was The Gathering Storm. It covered the second half of the Unraveling and the first 10 years of the last Fourth Turning Crisis period. The title fits perfectly with the mood and inevitability of what was destined to occur. All Fourth Turnings resemble Winter, with bitter cold options, biting winds of change, dark days, and destructive storms. The seasons cannot be averted. The Seasons of a year are predictable, as are the seasons of a human life. We've entered the Crisis (Winter) season of the latest Saeculum that began in 1946 and will climax sometime around 2025.

In their enlightening book on The Fourth Turning, William Strauss and Neil Howe write:

"Reflect on what happens when a terrible winter blizzard strikes. You hear the weather warning but probably fail to act on it. The sky darkens. Then the storm hits with full fury, and the air is a howling whiteness. One by one, your links to the machine age break down. Electricity flickers out, cutting off the TV. Batteries fade, cutting off the radio. Phones go dead. Roads become impossible, and cars get stuck. Food supplies dwindle. Day to day vestiges of modern civilization -- bank machines, mutual funds, mass retailers, computers, satellites, airplanes, governments -- all recede into irrelevance. Picture yourself and your loved ones in the midst of a howling blizzard that lasts several years. Think about what you would need, who could help you, and why your fate might matter to anybody other than yourself. That is how to plan for a saecular winter. Don't think you can escape the Fourth Turning. History warns that a Crisis will reshape the basic social and economic environment that you now take for granted."

The generations are aligned in such a way that an event, incident, or individual action that may have been disregard or ignored ten years ago will now trigger a worldwide conflagration. The Boston Massacre occurred in1770 during Revolutionary Saeculum. Five colonists were slaughtered by British troops. The mood of the generations was not ready for a Crisis. It wasn't until three years later that the Boston Tea Party ignited a spark that started a revolution. John Brown's raid on Harper's Ferry in 1859 was intended to start a revolution. The populace was not ready. One year later, the election of Abraham Lincoln lit the fuse on the most horrific war in modern history. America experienced a sharp depression in 1920-1921. The country did not spiral into a decade-long downturn, culminating in a World War that killed 65 million people. The generational dynamic was not aligned in a way that would lead to that outcome. Instead, the roaring twenties commenced.

On December 17, 2010, a man committed a seemingly inconsequential act that has ignited a worldwide firestorm. 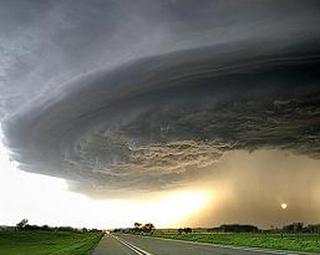 The spark that has enflamed the planet was struck by a 26-year-old Tunisian with a computer science degree named Mohamed Bouazizi, who unable to feed his family, was not allowed by his government to even get a permit to sell vegetables. Bouazizi publicly doused himself with gasoline, lit a match, and burnt not only his own body, but enflamed the consciousness of a world, and its inhabitants, being obliterated by the corrupt wealthy elites who rule the planet. In less than a month the brush fire started by this 26-year-old Tunisian had incinerated the despotic government of his country and forced its "president-for-life," Zine El Abidine Ben Ali, to flee the country. The people's coup in Tunisia, called the Jasmine Revolution, has sent shockwaves across the globe, spreading wildfires of freedom throughout the Arab world. The firestorm started by Bouazizi has brought down Hosni Mubarak in Egypt and is lapping at the heals of Muammar Gaddafi in Libya. Tyrants throughout the world are quivering with fear. The mood of the people across the globe has turned dark and angry. The political class and media are persistently surprised by the reaction of citizens to events during the Fourth Turning.

Historians Strauss and Howe documented their generational theory in their 1997 book The Fourth Turning. People who prefer blind ideology and believe human existence is a straight line of progress scorn their work as fantasy and pure prophecy. So-called progressives misrepresent the theory as predicting the future because they refuse to accept the fact that large groups of human beings of a similar age and having common experiences react in similar predictable ways. It irritates those with an unwavering belief in human individuality. They prefer to ignore the numerous examples of mass hysteria throughout history. In just the last 10 years we have experienced an Internet boom and a housing boom that convinced millions of Americans to act simultaneously in a foolish manner. The theory is so logical and measurable that even the most vacuous blond bubble-head on Fox News should understand it.

Strauss and Howe have been able to break Anglo-American history into 80- to 100-year (a long human life) Saeculums going back to 1435. Each Saeculum has four generations at different stages of their lives. A turning is an era with a characteristic social mood, a new twist on how people feel about themselves and their nations. It results from the aging of the generational constellation. A society enters a turning once every 20 years or so, when all living generations begin to enter their next phases of life. Like archetypes and constellations, turnings come four to a saeculum, and always in the same order. In 1997, Strauss and Howe knew when the next Fourth Turning would begin:

"The next Fourth Turning is due to begin shortly after the new millennium, midway through the Oh-Oh decade. Around the year 2005, a sudden spark will catalyze a Crisis mood. Remnants of the old social order will disintegrate. Political and economic trust will implode. Real hardship will beset the land, with severe distress that could involve questions of class, race, nation and empire. The very survival of the nation will feel at stake. Sometime before the year 2025, America will pass through a great gate in history, commensurate with the American Revolution, Civil War, and twin emergencies of the Great Depression and World War II."

They did not predict events that would ignite the next Fourth Turning. It was how the generations reacted to the events that mattered. The generational constellation is now in the once every 80-year alignment that will lead to chaos, violent change, the sweeping away of the existing social order, and likely war. Strauss and Howe answered why this would happen 14 years ago:

"What will propel these events? As the saeculum turns, each of today's generations will enter a new phase of life, producing a Crisis constellation of Boomer elders, midlife 13ers, young adult Millennials, and children from the new Silent Generation. As each archetype asserts its new social role, American society will reach its peak of potency. The natural order givers will be elder Prophets, the natural order takers young Heroes. The no-nonsense bosses will be midlife Nomads, the sensitive souls the child Artists. No archetypal constellation can match the gravitational power of this one -- nor its power to congeal the natural dynamic of human history into new civic purposes. And none can match its potential power to condense countless arguments, anxieties, cynicisms, and pessimisms into one apocalyptic storm."

A Rendezvous With Destiny