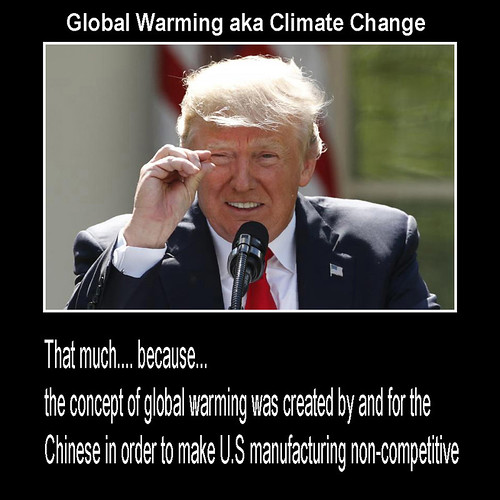 [Revised from article by Sophie Mangal, Inside Syria Media Center]

Ironically, Syria has expressed a desire to join the Paris climate accord, while the number one polluter, user of hydrocarbons and destroyer of countries in illegal regime change projects is pulling out.

Earlier this year the Trump administration said that the accord is "too expensive" for the richest country in the world. On the other hand Syria, a country that has suffered the destruction of its infrastructure and millions of people killed, maimed, widowed and orphaned, mostly at the hands of the US, shows its concern for the citizens of the world who are threatened by climate change. Trump tells the citizens of the world to "go to hell".

Nicaragua, itself a victim of a US regime change project in the 1980's and a country in the path of many deadly hurricanes, said last month that it is joining the accord. That left just Syria as the last of 200 countries. It is understandable that Syria would be the last country to join the Paris accord as it has had an invasion to defend against and the anxiety of coping with immediate concerns struggling with the challenge of rebuilding and recovering. It is incomprehensible that the country that prides itself on being "exceptional" would demonstrate its exceptionalism by the planned 2020. US exceptionalism can only be interpreted as being a scofflaw, rouge, war criminal and climate change denier.

In an address to delegates at a global climate meeting in Bonn, Germany, Syria's deputy minister of local administration and environment, M. Wadah Katmawi, said his country would join the Paris deal "as soon as possible." Katmawi said that, "Nations that are entering the phase of post-war recovery, as my nation has seen a war that was oppressed upon it -- should give priority in reconstruction and reorganizing the environment and climate."

Syria's ascension to the treaty is the first major news to emerge from this year's UN climate talks, which are being held in Bonn, Germany, this month.

Related Topic(s): Climate Change; Paris Accord; Syria, Add Tags
Add to My Group(s)
Go To Commenting
The views expressed herein are the sole responsibility of the author and do not necessarily reflect those of this website or its editors.