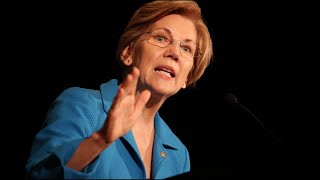 Things have gotten very strange, and they're going to keep getting stranger. Patterns are dissolving faster and faster, and the little emperors who've built their empires on those patterns are having to work harder and harder to hold it all together. Buckle up.

It has been firmly established beyond any doubt that it is now literally impossible for an American political figure to vocally oppose US warmongering without being labeled a Russian agent.

America created Al Qaeda, then hated them after 9/11, then loved them in Syria, now hates them in Syria. They're like a bad relationship that keeps breaking up and getting back together. It's like damn America, either end it or put a ring on it.

You might think you're a rebel, but if you truly wanted to stop being a blind follower and really stick it to the man, you'd join up with centrists, right wingers, the US State Department, the CIA, and 100% of all mainstream media to cheer-lead for the protesters in Hong Kong.

All abusive relationships have two things in common: abuse and forgiveness. Because without forgiveness, there'd be no relationship. This is especially true of the people's relationship with government and its controllers. Don't let them memory hole the evil sh*t they've done.

People like to feel like they support the scrappy underdog in foreign power struggles, but they often fail to account for the hugely important role alliances play. If a nation or group is allied with the US empire, then it's always the bigger and stronger force, not the underdog. Examples: Cheer-leading for US-sponsored anti-government uprisings in Venezuela, Iran, etc., under the mistaken belief that it's just people vs government instead of people + empire vs government. Or cheer-leading Israel because it's "surrounded by enemies."

You can safely eliminate a lot of completely worthless noise from your information feed by ignoring everything either US political party says about earth-shattering revelations which are about to demolish the other party any day now.

Right-wing theories about the deep state trying to remove Trump from office via impeachment are premised on the unexamined assumption that the CIA can orchestrate a major operation at the highest levels of the US government, but doesn't know how to count Senate seats.

If a known compulsive liar handed you a loaded pistol and told you your neighbor is planning to kill you if you don't kill them first, you'd tell them to piss off. Yet whenever the political/media class wants to start a war, MSM consumers take the gun over and over again.

War happens when a geostrategically valuable region is inhabited by a populace which desires self-sovereignty.

In case you're unsure of the difference between America's two major political parties, one party coddles the wealthy, strips social programs, starts wars, kills the environment and drags the world into Orwellian dystopia, whereas the other party does all of these things also.

Of all the pants-on-head idiotic things that Clintonites say about Jill Stein, perhaps the very stupidest is their belief that Stein voters would have voted for Hillary if there hadn't been a Green Party candidate. It reveals so much ignorance about left-of-mainstream voters.

Related Topic(s): Assange; Delusion; Dystopia; Elizabeth Warren; Hegemony; Matrix; People; Syrian Kurds, Add Tags
Add to My Group(s)
Go To Commenting
The views expressed herein are the sole responsibility of the author and do not necessarily reflect those of this website or its editors.