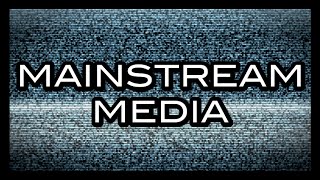 A Trump 'survey' is aimed directly at the media, the usual scapegoat.
(Image by YouTube, Channel: Myles Dyer)   Details   DMCA

There I was, minding my own business (sort of), scrolling through my Facebook news feed trying to find a video on the Yankees game sandwiched in among all the posts about ICE agents snatching kids away from their parents at the border, Scott Pruitt using his security detail to fetch him lotion and the trending, new puzzle -- "Where's Melania?" -- when the ad grabbed my attention.

Did I want to take the "Mainstream Media Accountability Survey''?

Who the heck is conducting this survey? I blurted to no one in particular.

It didn't take long to find out. The ad, I was informed by Facebook's new, better-late-than-never policy of full disclosure, was "Paid for by the Trump Make America Great Again Committee, a joint fundraising committee authorized by and composed of Donald J. Trump for President, Inc. and the Republican National Committee."

In the process of telling Facebook to never send me another post from the Trump MAGA Committee, I asked Facebook (as it now also allows me to do) how I even got this targeted ad -- I'm familiar with targeting Facebook ads -- in the first place.

At any rate, being a longtime member of said "mainstream media," I was hooked. I had to check out the "survey."

George Orwell would have been proud; George Gallup not so much.

Here's the first question: "Do you trust the mainstream media to put the interests of Americans first?

Loaded much? Remember, it's supposedly targeted to like-minded individuals. As surveys go, this one evidenced the Trump team's view of the scientific method: Ignore it.

Question number two: "Do you trust the mainstream media to report fairly on our presidency?" Same choices.

Then, in order: "Do you trust (NBC, CNN, MSNBC, Fox News) to report fairly on our presidency?" Same options.

If you're sensing a pattern, you are correct. It's all in the same vein as Der Leader's message: These people are really untrustworthy enemies of the people, aren't they?

Here's just one more question, to demonstrate what passes for policy in the Trump GOP: "On which issues does the mainstream media do the worst job of representing President Trump? (Select as many that apply.)"

Note -- "the worst job" as the operative choice and "as many as apply." Nothing like piling on, folks.

The questions get more ridiculously slanted as the 25-question "survey" goes on. I fully expect the results to be proudly posted on Facebook and bantered around Fox News, With any luck and if Facebook follows my instructions, I won't see them. But millions will and, again, those people who buy anything Trump sells will believe it and I'm pretty sure the Mainstream Media isn't going to come out too well.

In the same week this ad appeared, Trump came late and left early at the G7 meeting of top world economies in Canada, but not before wrongly accusing Canada of burning down the White House in 1812 and threatening to cut off trade with our staunchest ally and largest trading partner while insisting Russia, which was booted out of the group after "annexing" Crimea, should be allowed back in.

Then Drumpf headed to Singapore where he intended to conduct negotiations on nuclear weapons with North Korea's leader Kim Jong-un by sizing up his opposite number in the first minute or so via "feel." It was also reported that Dennis Rodman, the former NBA star and reputed friend of Kim, was heading to Singapore, perhaps to play second fiddle to Kim as he once did for Michael Jordan. Trump had John Bolton as his sidekick. Rodman has the size, but I'd bet anything Bolton uses his elbows under the boards.

What's the point of all this? Well, maybe that, under Trump, the real, the true, the factual, the serious business of life has become demonized and trivialized to the point that everything is treated as a reality TV show and millions of Americans are -- for reasons no one has yet explained to my satisfaction beyond sheer ignorance and bigotry -- hooked. Those videos of children being snatched from parents and locked up by ICE? Not true, say Trumpsters. Media lies. Or, if true, then necessary, the attorney general says, because " as if there could be any legitimate "because."

The Republican Party as a functioning political organization has ceased to exist. Trump makes it up as he goes along and scapegoats anyone who points out his lies, ignorance, pettiness, greed and other overwhelming deficiencies. But the "survey" will come out and it will confirm his claims of bias by the mainstream media and it will be posted on social media and mailed to all white people in America likely to vote for Trump because that country with the strongest economy ever, that country that promises freedom and opportunity to all, that country so many "other" people are willing to risk losing their lives -- or their children -- in order to live in, needs to be made great again.

Survey says Betsy DeVos can relax. The dumbing-down of America is well under way.