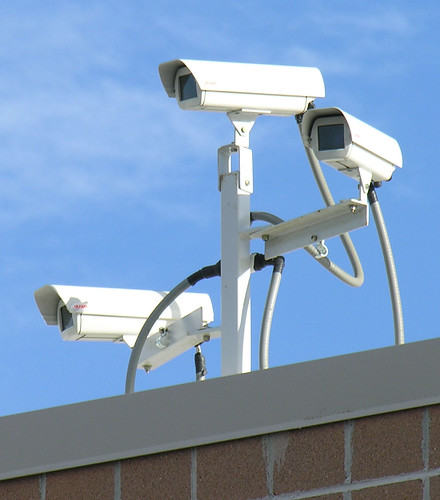 Big Brother is Watching You
(Image by gvgoebel)   Details   DMCA

In times of great crisis, it is often necessary for governments to curtail civil liberties for the sake of security. This is especially true when the crisis at hand is a global pandemic in which swiftly identifying and isolating disease carriers saves countless lives. Conversely, failure to do so will cost countless lives. So how do governments, businesses, individuals and advocates best manage that age-old balancing act between liberty and security, and how can we ensure that emergency measures enacted to tackle the coronavirus don't end up becoming permanent fixtures of the surveillance state in a post-pandemic world?

China, where the COVID-19 outbreak began late last year, was already a leading global surveillance state before the pandemic. Many prominent international observers have been impressed by the way in which the Chinese government, despite some initial stumbling and, very likely, concealing the true number of cases and victims, has handled and largely contained the outbreak within its borders.

Some aspects of China's aggressive coronavirus response including the largest lockdown in human history, backed by an army of enforcers who have sometimes literally dragged people with fevers off into quarantine would face potentially insurmountable resistance in countries with greater civil liberties. However, other methods used in China, including a smartphone app that uses color-coded health ratings to regulate individual travel, are seen as more feasible.

China, already the global leader in the use of facial recognition technology, is using hundreds of millions of face-recognizing cameras to track and manage COVID-19 infection. But China is far from the only country doing this. In fact, in the United States companies including Clearview AI are already in talks with government agencies looking to apply their technologies to combat the pandemic. While civil liberties groups demand a national ban on government facial surveillance, US Customs and Border Protection is currently toutin g facial recognition as a more hygienic method of airport check-in and security screening. CBP has already introduced biometric facial recognition at select US airports; the agency says it has processed 43 million travelers using this technology.

I've Got You Under My Skin

So-called "under-the-skin" surveillance is perhaps the most alarming recent development in tracking and monitoring technology. Technological developments have, for the first time ever, made it possible for governments to monitor all of their people all of the time, and some of them are aiming to do just that in the name of fighting the COVID-19 pandemic. Not only can authorities keep tabs on the citizenry, they can do so in ways that were unimaginable not too long ago. Previously, "when your finger touched the screen of your smartphone and clicked on a link, the government wanted to know what exactly your finger was clicking on," explained Yuval Noah in a recent Financial Times article. "But with coronavirus, the focus of interest shifts. Now the government wants to know the temperature of your finger and the blood pressure under its skin."

China is the leader in "under-the-skin" surveillance. However, other countries are also using it. In Moscow, 170,000 security cameras are helping to track citizens and enforce quarantine in the Russian capital. Around 100,000 of these cameras are now linked to Russia's AI and other facial recognition systems, allowing for "under-the-skin" surveillance. This has allowed police to find nearly 200 people violating quarantine orders. However, rights activists warn that the increasingly authoritarian government under President Vladimir Putin will inevitably use this technology to monitor, track and ultimately persecute political opponents.

It's not just authoritarian regimes that are using "under-the-skin" surveillance, and not all such surveillance involves cutting-edge technology. A big part of South Korea's success in controlling coronavirus infection is due to society's acceptance of intrusive government surveillance. In addition to ubiquitous cameras, cell phone tracking and monitoring of debit and credit card use as well as temperature checks also used in other countries like Singapore and Taiwan have proved invaluable tools in controlling the outbreak. Israel has also implemented counterterrorism tactics including "under-the-skin" surveillance to track and, it hopes, better manage the outbreak.

History is replete with examples of "temporary" emergency measures turning into perpetual states of emergency, which usually means permanent restrictions on civil liberties and loss of privacy. Perhaps the most notorious example of this among democracies is Israel, whose Emergency Defense Regulations have actually been in place for longer than the country has existed. Enacted by the British Mandatory government in 1945 (Britain ruled Palestine for 30 years before Israel declared its independence in 1948), the EDR, which went into effect during a period of frequent attacks by Jewish terrorists fighting for Israeli independence, provides for military tribunals to try civilians without the right of appeal, allows sweeping searches and seizures, prohibits publication of proscribed books and newspapers and allows for home demolitions, indefinite administrative detention, travel restrictions and curfews.

According to the Israeli human rights organization B'Tselem, over the years Israel has used the EDR in the illegally-occupied Palestinian territories to "punish and deter," noting that the regulations have "served as the authority for Israel to demolish and seal hundreds of houses, deport residents, administratively detain thousands of persons, and impose closures and curfews on towns and villages."

This is an extreme example. However, leading privacy experts warn against granting governments open-ended licenses to surveil, knowing that many governments will inevitably seek to expand and even abuse emergency measures. "If the public grants such powers to the government, these powers must expire when the crisis ends, contain strict anti-bias rules, and be subject to strict safeguards and audits," warns the San Francisco-based Electronic Frontier Foundation (EFF), a leading digital rights group. "Some technologies are so invasive and dangerous to a democratic society that EFF opposes their use. We also must closely scrutinize government-corporate partnerships initiated during the pandemic that may result in the collection and sharing of personal information."

Related Topic(s): Cellphone; Government; Health; Intelligence; Privacy; Surveillance, Add Tags
Add to My Group(s)
Go To Commenting
The views expressed herein are the sole responsibility of the author and do not necessarily reflect those of this website or its editors.