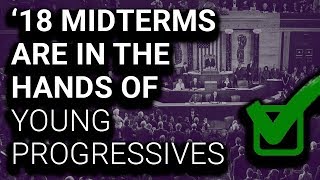 The year's first primaries and special elections for Congress and state legislature have shown 2018 is shaping up as a historic blue voter turnout, a cycle where a wave of new Democratic women could be elected, and a year where progressives will move from the sidelines into state and federal office.

But beyond these top-line trends, there appear to be deeper common threads among Democrats who are winning primaries and special elections. On top of communication skills, endorsements, funding, and other essential campaign ingredients, many share track records and careers helping others -- especially on personal health and household issues. Their campaign platforms typically begin there, starting with personal struggles and unfolding in concentric circles centered on people, while emphasizing the need for improved healthcare, educational opportunity, jobs, and economic stability.

It's incomplete to say the winners so far are pragmatic centrists or passionate progressives. There appears to be a big slice of first-person centered priorities in their biographies and current campaign agendas. Call it an empathy factor, which contrasts to loftier or more ideological rhetoric emanating from their local opponents, state capitals, and Washington. Although admittedly impressionistic, this observation is based on the statements of candidates running in 2018's primaries and special elections, both winners and losers.

A good example can be seen in last January's upset by Democrat Patty Schachtner in Wisconsin's 10th state senate district. The district is in the westernmost part of the state, closer to Minneapolis-St. Paul, Minnesota, than to Wisconsin's major cities. Schachtner, the St. Croix County medical examiner, ran for a seat held for the past 17 years by a Republican. In her party's primary, she faced the statewide director of a non-profit group seeking to end the corrupting influence of money in politics, and a farmer/small businessman dismayed by cuts to education and environmental protection. Schachtner emphasized her work with law enforcement and community leaders on mental health and addiction, countering rising health costs, and the need for local job training options.

Her Republican opponents, in their primary, were an attorney/businessman and the owner of a large manufacturing plant. The attorney, who won the primary, emphasized that state government was never the answer and wastes money; he sought tax cuts, stronger gun and property rights. His opponent, the manufacturer, wanted to eliminate the state income tax, help retirees keep more money, and pledged to combat the ravages of opioid addiction.

Schachtner won the special election 55-to-44 percent, compared to her Republican predecessor's 63-to-37 percent victory in 2016, the same year that President Trump beat Hillary Clinton in the district 55-to-38 percent. That turnaround is typical of the blue wave many forecasters are predicting for 2018. However, this race's deeper contours can be seen in other contests around the U.S. with similar dynamics, positioning and outcomes.

Steven Rosenfeld  covers democracy issues for AlterNet. He is a longtime print and broadcast journalist and has reported for National Public Radio, Monitor Radio, Marketplace,  TomPaine.com  and many newspapers. (more...)
Related Topic(s): 2018; Blue Wave; Democrats Progressive; Elections; Women, Add Tags
Add to My Group(s)
Go To Commenting
The views expressed herein are the sole responsibility of the author and do not necessarily reflect those of this website or its editors.