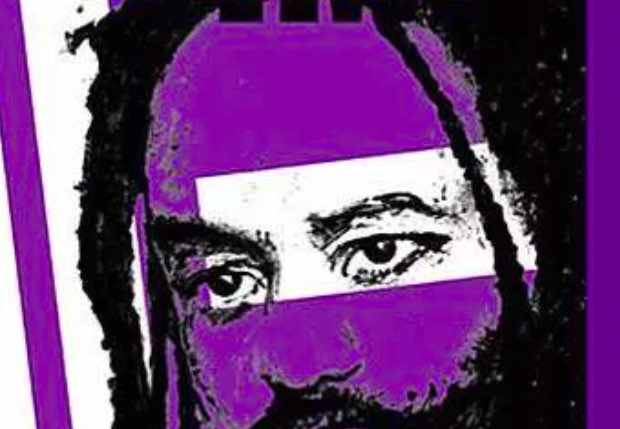 Mumia Abu-Jamal gets a new chance to try and appeal his conviction (drawing by Gary Lindorff)
(Image by ThisCantBeHappening.net)   Details   DMCA

Mumia Abu-Jamal, the prison journalist long known as the "voice of the voiceless" for his compelling writings and short audio tapes about life behind bars, moved a step closer to getting a chance for a reconsideration of his earliest appeal of his conviction an allegedly flawed Post-Conviction Relief Act hearing in 1995, as well as three other later PCRA appeals of aspects his case, all ignored and their findings rejected by Pennsylvania's appellate courts under spurious conditions.

The opening comes in the form of dismissal by the state's Supreme Court of an attempt by Maureen Faulkner, widow of slain Philadelphia Police Officer Daniel Faulkner, to use an obscure legal gambit called a King's Bench petition, to have DA Larry Krasner's office removed as the legal entity defending against Abu-Jamal's appeals. That effort, filed last February had blocked any forward action on those appeals.

Abu-Jamal's attorneys had filed an appeal several years ago in Philadelphia's Court of Common Pleas, claiming that the handling of those four PCRA hearings, all of which were rejected by the State Supreme Court, were all constitutionally flawed because one of the judges reviewing them, Justice and eventually Chief Justice Ronald D. Castille (now retired), had refused Abu-Jamal's requests that he recuse himself, despite his having been Philadelphia's district attorney and the man overseeing the DA Office's legal effort to oppose Abu-Jamal's appeals of his sentence and conviction. (That appeal was filed following the discovery of two notes a draft letter and a final letter by then DA Castille to then Gov. Tom Ridge in 1990 calling on Ridge to speed up the signing of execution warrants for convicted "police killers" in which Castille said such a measure would "send a message" to would be police killers.

The appeal also came following a 2016 US Supreme Court ruling in a case called Williams v. Pennsylvania, in which another Philadelphia defendant convicted of murder sentenced to death was granted a new penalty phase trial because the same Justice Castile had as DA approved his prosecutor seeking the death penalty, and then did not agree to recuse himself in considering an appeal of that sentence.

Abu-Jamal's new legal effort gained urgency when in late December 2018, newly elected progressive DA Krasner (elected in Nov. 2017), reported discovering, in an unused storeroom of the DA's office, six file boxes containing a vast number of documents relating to Abu-Jamal's case. Many of these documents were found to be dated from around the time of his 1982 trial, and including material that should, under the US Supreme Court's 1963 Brady decision, have been disclosed by to Abu-Jamal and his defense team at the time of the trial or, depending on the date of their production, before his 1995 PCRA hearing.

Among these documents was, for example, a shocking letter from a key prosecution witness, a young white taxi driver Robert Chobert, asking prosecuting attorney Joseph McGill, "Where is my money?""

For the rest of this article by DAVE LINDORFF, author of "Killing Time: An Investigation into the Death Penalty Case of Mumia Abu-Jamal" (Common Courage Press, 2003) and a member of ThisCantBeHappening!, the uncompromised, collectively run, six-time Project Censored Award-winning online alternative news site, please go to: https://thiscantbehappening.net/5497-2/

Related Topic(s): Justice; Mumia Abu-jamal, Add Tags
Add to My Group(s)
Go To Commenting
The views expressed herein are the sole responsibility of the author and do not necessarily reflect those of this website or its editors.