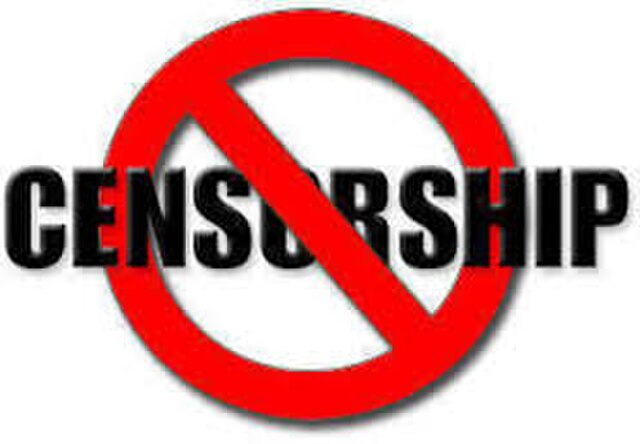 Everywhere one looks these days, the world seems to be moving away from debate on contentious subjects and toward demands that those who have unpopular opinions -- or even just ask impertinent questions -- be forcibly silenced.

"You will never hear me mention his name," prime minister Jacinda Ardern said of Brenton Tarrant, the sole suspect in two deadly attacks on mosques in Christchurch. "He may have sought notoriety but here in New Zealand we will give him nothing not even his name."

That's fine as a personal decision, I guess, but not as a top-down decision for her fellow New Zealanders. Even as Ardern spoke, police working for her government were arresting at least two people for sharing the shooter's live-streamed video of the attacks on social media.

Across the Tasman Sea, Australian prime minister Scott Morrison is calling on the governments of G20 countries to implement measures "including appropriate filtering, detecting and removing of content by actors who encourage, normalise, recruit, facilitate or commit terrorist and violent atrocities."

Let's be clear about what Morrison, other "world leaders," and significant segments of activist communities and even the general public, are demanding (and to a frightful degree already implementing): Internet censorship.

This isn't really a new development. The mosque attacks are merely the latest incident weaponized by politicians and activists in service to a long-running campaign against public discussion and debate that requires them to make arguments and persuade instead of just bark orders and compel.

The fictional "memory hole" of the IngSoc regime in George Orwell's 1984 stood for more than half a century as an oft-cited and wisely acknowledged warning. Now that hole is opening up beneath us for real and threatening to suck us down into a new Dark Age of "thoughtcrime" and "unpersons."

The threat is content-independent. Renaming climate change skeptics "deniers" and demanding "investigations" of them, or pressuring media to ban discussions of policy on vaccines, is just as evil as suing Alex Jones for promulgating bizarre theories about the Sandy Hook massacre.

The only appropriate response to "bad" speech -- that is, speech one disagrees with -- is "better" speech.

Attempting to shut down your opponents' ability to participate in an argument isn't itself a winning argument. Forbidding your opponents to speak to a problem doesn't solve that problem.

In fact, those tactics are tantamount to admitting that your arguments are less persuasive and that your solutions can't withstand scrutiny.

Freedom of thought and expression are primary, foundational rights. They make it possible for us to hash out issues and solve problems peaceably instead of by force. Any attempt to suppress them is itself a call for totalitarianism and the alternative to those liberties is social and political death.

Related Topic(s): Censorship; Internet Censorship, Add Tags
Add to My Group(s)
Go To Commenting
The views expressed herein are the sole responsibility of the author and do not necessarily reflect those of this website or its editors.