Biden and Sanders should have stolen a page from Andrew Yang and promised to give money to hard-hit Americans. 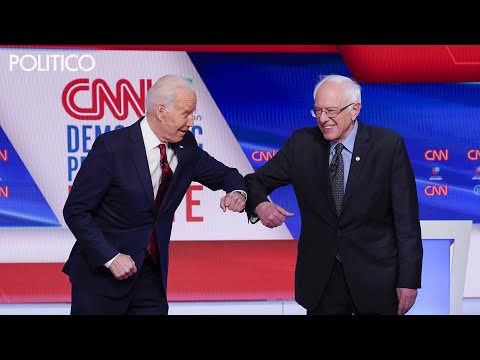 Biden and Sanders at the debate
(Image by YouTube, Channel: POLITICO)   Details   DMCA

Moments after the first one-on-one debate of the 2020 Democratic presidential race concluded Sunday night, CNN flipped from the candidates to Dr. Sanjay Gupta for an update on the coronavirus outbreak.

While the cable networks can usually be faulted for their lack of perspective, CNN got that call right. What the network's chief medical correspondent had to say about the pandemic was, undoubtedly, of more interest to more Americans than what the candidates had just argued about.

That's not because Joe Biden and Bernie Sanders didn't speak to weighty subjects in one of the more issue-oriented debates of the 2020 race. The problem was that too many of the discussion points -- including an extended examination of what Sanders said about the late Cuban President Fidel Castro and the Nicaraguan Sandinistas in the 1980s -- veered off-topic on a night when cities and states were ordering schools, bars, and restaurants to close.

America had some very specific concerns on Sunday night. The most-discussed social media post was a desperate call from Illinois Governor J.B. Pritzker: "The federal government needs to get its s@#t together. NOW." Panic buying was hitting warp drive. The Federal Reserve was announcing that it would slash interest rates to zero in an emergency effort to sustain the economy. Yet, stock market futures were tanking.

Biden, who is now the leader in the race for the Democratic nomination, and Sanders, who is the last serious challenger to Biden, addressed the pandemic in their opening statements and early remarks. But neither spoke so ably Sunday night as they had in pronouncements last week with regard to the burgeoning crisis.

Nothing Biden said Sunday was as pointed as his charge on Thursday that "labeling COVID-19 a foreign virus does not displace accountability for the misjudgments that have been taken thus far by the Trump administration."